Being in prison sucks. Granted, I’ve never been in prison, but one doesn’t have to spend time behind bars to know it’s awful. I’ve been conditioned my entire life to recognize that prison is not somewhere I ever want to go. And so it’s a good motivator to be a law-abiding citizen. (Understanding, of course, that being a cisgender white woman gives me plenty of free and unfair advantage.)

There is, unfortunately, a perception in America that prison should be horrific. The more horrible, the better. We have a very punitive prison justice system. The goal of imprisonment is to punish people, not rehabilitate them. We want people who break the law to suffer (unless those people are white and have a lot of money. Those people get to be president).

And boy do we love to lock people up. The United States has the largest prison population in the world. I’m not talking per capita; I mean total. We’re Number 1. We also love to try children as adults and put them in adult prisons, which is sick.

But for those of us not in prison, it’s effortless to say something like, “If you can’t do the time, don’t do the crime” and “It’s prison, it’s not supposed to be a resort.”

It’s easy to forget that the people in prison are, well, people. They are human beings.

So you can imagine that it’s especially hard for trans men and women to be in prison. That’s because even trans folks who aren’t in prison must defend their very humanity against constant assaults.

The Trump administration has been a disaster for transgender people. For such an already marginalized and relatively small group, they’ve sure been singled out by this administration.

All of the gains made for trans rights under Obama are rolling back for no other reason than that the Trump administration dislike trans people and they don’t like black people, and they’ll be damned if they let a black guy tell them how to treat trans folks. And so we’ve seen direct attacks on transgender service members and transgender students from Trump and company. And now it’s prisoners.

Unlike service members and students, prisoners aren’t a group that many people like or even admire. They have few advocates in actual power. Transgender prisoners are the most marginalized of the already marginalized.

Which is probably why the Trump administration decided to undo rules made during the Obama presidency placing trans prisoners in facilities that align with their gender identity. In other words, if you are a transgender woman, you shouldn’t go into a men’s prison. For obvious reasons. But in case those reasons aren’t obvious, the rules intended to protect trans prisoners from sexual and physical assault.

A lawsuit brought by four evangelical Christian prisoners in Texas prompted the change. These women argued that incarceration with “men” (as they refuse to acknowledge or accept trans identity) put them at risk and made them feel “icky” (that’s a legal term, apparently). And Trump and his ilk were more than happy to throw trans inmates to the wolves.

It has, not surprisingly, drawn criticism from the LGBTQ community.

“Once again, the Trump administration is turning its back on those most vulnerable,” Lambda Legal Staff Attorney, Richard Saenz, said in a statement. “There is no justification for this policy shift; it is a deliberate recipe for violence against transgender people based in inexcusable prejudice.”

While I agree with Saenz, I think it’s inaccurate to say the administration is “turning their backs” on transgender people. After all, to turn away from someone, you have to acknowledge they exist in the first place. Instead, Trump and his minions want to erase them entirely. As for “deliberate recipe for violence,” that’s exactly right. Remember, if prison is hell-borne for cisgender folks, it follows this sick line of reasoning that for trans people it’s especially hellacious.

Also, “Based in Inexcusable Prejudice” would make an excellent title for a book about the Trump presidency. 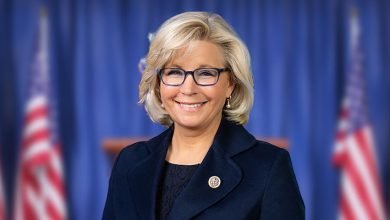