Listen to this article
“Given Up for You: A Memoir of Love, Belonging, and Belief” by Erin O. White
c.2018, University of Wisconsin Press
$26.95
192 pages
It’s official: you now belong.

Being a member of a specific club was something you’ve wanted since you knew of its existence. Joining was a dream come true, and now you’re a part of the group but, as in the new memoir Given Up for You by Erin O. White, what part of yourself did you relinquish to join?

Missing the last train back to her home was no problem. White was glad for it. She was anticipating what could happen next.

She’d never slept with a woman, had never even considered it but, it was all she could think about that night she met Chris at a dinner party. It was odd but thrilling, so by the time Chris told their hostess that White could stay at her apartment that night, White was “already in love.”

What would she tell her therapist? She “knew he would disapprove” — and he did, but they rarely discussed White’s relationship. Mostly, they “talked about God.”

For some time, White had been exploring that which her soul seemed to crave and, at her therapist’s urging, she read the Gospels and was “stunned” by the words. She cautiously attended Catholic services and began learning more about God and religion; eventually, she broke up with Chris, who grew up in the Church and avoided it as an adult, but White couldn’t stay away.

It was difficult to explain, she says. She was a lesbian, but she wasn’t; in fact, there were times when “lesbian” just felt wrong. As for God, she needed to know Him better. White wanted “to love a woman yet avail myself of the opportunities… of straight culture; to break the rules of the church but still feel myself beloved by it.”

But since nobody can have everything both ways, she made her choice.

Two kids, fights, triumphs, and a healthy marriage later, she sees things in a different light. Church is a comfort now. It’s home. But to get to that point, it took the courage to say “I loved that crazy Church, I loved those wild ideas about God, and I gave them up because I also wanted you.”

Although it’s already pretty short, Given Up for You could have been shorter.

Maybe that’s because it’s too much: White offers a three-pronged memoir of love, faith, and motherhood, and that’s a lot to pack into such a small space. And yet — what could be eliminated? Since each prong is dependant on the others — then probably, alas, nothing.

Still, while readers may struggle with the overabundance of story, there’s a lot to come away with. White’s search for faith is universal and easily understood; although she might have explored homophobia a bit more, she presents the subject of gay Christians and her experiences in a way that’s calm and thoughtful.

Enter into this book knowing that it’s sometimes slow. Beware that it’s a bit long. Read it with a perfectly happy willingness to (gasp!) skip paragraphs and Given Up for You may belong on your bookshelf.
Tags
Terri Schlichenmeyer

Bookworm Sez: ‘The Gang’s All Queer: The Lives of Gay Gang Members’ 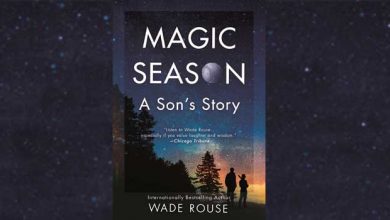