New to the Utah Arts Festival this year, held June 21–24, is Arts Fest Amplified, a concert series with a fresh take on the evening scene of the festival’s experience with four nights of top music talent on the Amphitheater Stage located in the northeast corner of the festival grounds. It’s a more customized concert experience that includes same-day access to the festival. 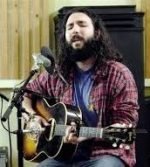 From Nashville, Ron Pope has mastered the art and business of thriving as an independent musical artist. He has sold out shows on three continents, more than two million digital song tracks and his studio album work is a “standout” by Rolling Stone Country.

Gomez, an English indie rock band from Southport, comprises blues, indie, alternative, rock, folk, psychedelic, and experimental. The trademarks of this transatlantic group include Ben Ottewell’s gritty vocals and bassist Paul “Blackie” Blackburn’s overdriven bass. With gutsy musical experimentation along with freewheeling lyrical styles, the band continues to evolve since its first album “Bring It On” won the Mercury Music Prize in 1998. Furthermore, the band’s versatility is fortified by three members who sing, four who compose songs and the whole five-piece ensemble’s skills on numerous traditional and electronic instruments.

DJ A-Trak’s career is a mastery of turntablism connecting hip-hop and electronic music with a career spanning more than two decades, encompassing venues from underground clubs to sold-out concert arenas and many of the most visible festival stages. A Canadian native, A-Trak (Alain Macklovitch) has been named by Rolling Stone as one of the 50 Most Important People in EDM.

Hailing from Los Angeles, the People Under The Stairs duo has been a hip-hop music fixture for over two decades. The pair — Double K (Michael Turner) and Thes One (Christopher Portugal) — started collaborating in high school. The group’s name comes from taking a different path than what most rap artists were doing at the time by forming large collectives and seeking as much spotlight as possible. Furthermore, as DIY artists, they are known primarily for their lyricism, which focuses on personal experiences set apart from contemporary issues or sociopolitical controversies and often uses references to the knowledge of music and creating it.

Based in Birmingham, Alabama, St. Paul and the Broken Bones’ soul-infused rock pays respect to Sly Stone, David Bowie, and Prince. And have won many kudos for its second album “Sea of Noise” with songs that touch on the themes of redemption, hope, and salvation.

The album highlights the band’s hallmark muscular, bright sound of horns, which is augmented by tracks featuring a string quartet and choir which darkened the usual tones associated with the band. Among the tracks are “Burning Rome” with a strong spiritual feel and “I’ll Be Your Woman,” which flips the conventional gender roles often found in soul music. The group also is touring the album throughout the U.S. and Europe.

Tickets are $25 per night, visit artsfestamplified.com. 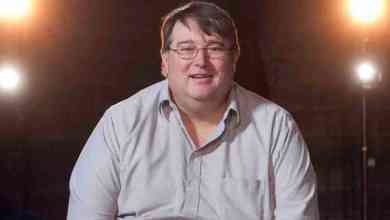