Franchise alert! Ellen Degeneres’ A Very Good Production and Warner Bros. Entertainment are teaming up to produce something that sounds like the template for a series of films reviving the young-detective character Nancy Drew.  The film in works is Nancy Drew and the Hidden Staircase, which all but says, “We, too, can be like Harry Potter, and why not?” has begun principal photography, with It breakout star Sophia Lillis as the young sleuth.

The character was the resourceful protagonist of a long, long series of mystery novels for young readers throughout a good chunk of the 20th century, and the time seemingly feels right for a well-made revival of the once popular and charmingly vintage take on girl power. Adapted by The Handmaid’s Tale scribe Nina Fiore and directed by Katt Shea (the legendary ’90s Drew Barrymore cult fave Poison Ivy), the film also stars Linda Lavin and a slew of young, up-and-coming faces. Now, we make one small request, let’s not clutter the scenery with a bunch of boring Hardy Boys, OK? Thanks.

But it’s the extended version of her 1976 remake of A Star Is Born, re-worked by Streisand herself, that may draw the most attention (and maybe some funny Twitter commentary, too). It’ll have new footage, an alternate ending, and who knows what else. No drop dates yet, but we’re hoping it happens this summer while we’re on staycation and perhaps doing some day-drinking. We deserve it.

His TV series Billy on the Street scaled new heights of ironic celebrity obsession and public screaming, but you can’t run around the streets of New York City shouting at strangers forever without someone eventually punching you, so Billy Eichner’s next project will find him safely in the production office and the voice-over booth. Along with co-producers Anna Wenger and Doug Brady, Eichner brings the animated series Time Travelin’ Jerk to the small screen. Created and written by Brady, Wenger, and Eichner, the series, described as Back to the Future meets Groundhog Day, tells the story of a young girl stuck traveling in time with an accountant (voiced by Eichner) as her main sidekick.

We’re hopeful for this, if for no other reason than we’re still deeply upset by Hulu canceling Difficult People and we want Eichner to soothe our pain by any means necessary. We also want adult cartoons made to be inadvertently watched by unsuspecting children and their families, followed by awkward conversations.

Once Tab Hunter and Tony Perkins had a secret love

Back in the bad old days, most ordinary LGBT people stayed quietly in the closet. The pressure to do so was especially strong among actors and actresses, especially among those considered A-listers.

For instance, take Tab Hunter and Tony Perkins, two leading men of their era, both gay and a private item. The now 87-year-old Hunter’s first-person account of this moment in his memoir Tab Hunter Confidential: The Making of A Movie Star forms the basis of Tab & Tony, a Paramount project in the works from producers Zachary Quinto and J.J. Abrams. It tells the story of their affair and their highly manufactured public images in an era when being exposed as gay meant career annihilation. A screenplay is in the works from Pulitzer Prize, and Tony Award winner Doug Wright (I Am My Own Wife). We vote yes to a more historical drama of this sort. The kind that eradicates secret histories and reminds hetero culture that we’ve been here the entire time. 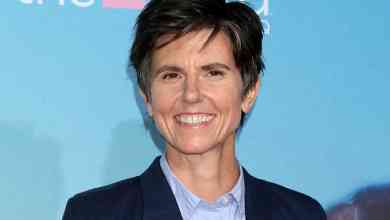