I love my dog — he’s a cute little mutt of sorts. He could be any number of small breeds. I’ve been told Havanese, Maltese, Shih Tzu, and Poodle. He doesn’t look like any of them to me or maybe a bit of all of them. Regardless, he’s a feisty five-pound, 6-month-old, little guy who is colorful in his playfulness as well as his appearance.

Today he got sick. Like, cause me to panic sick. He usually lays at my feet while I write and today was no different. I was wrapping up an article (that had nothing to do with him) when my brother came by my place. So we took a break with Cody (that’s my little pup’s name) and went to the backyard to visit and play fetch for a bit.

After about 20 minutes we went back inside. My brother went back to work. I sat down at my computer and Cody resumed his spot at my feet. I typed away for another hour or so and then, feeling a bit stumped on what I was writing and getting a little restless, I nudged Cody for a potty break. He didn’t respond. I bent down and coddled his little face, and it was dripping wet. He just looked at me, unmoving. I then realized he was in a pool of his slobber, like, a lot of slobber. So much so that his entire underbelly was wet as though he had just had a bath.

I scooped him up and bolted out the door. It wasn’t until I was in the car that I realized I didn’t even know where to take him. I called my brother. He couldn’t pick up since he was working. I called my best friend. She gave me an address and said she’d meet me there.

I arrived and, of course, tried to walk in without revealing my sheer panic and went up to the desk and said, “Ummm, can you help me?” Lifted from my arms in an instant, they quickly took him to the back. Tears fell, revealing the challenge of cool composure. My bestie arrived. My brother called me back. Yeah, Cody is loved. But I also realized that I’m loved. These people showed up to give me support in my time of total panic.

Eventually, a tech came and led us to a room where we waited for the doctor. She took a more detailed history. Yes, he has all his shots. Yes, he’s been acting normal. The tech left, and we chatted a bit while we waited. Then it hit me how much I wish we were all like people with pets. We all know others who share excitement over everything about their pet — how different they are, how they were rescued, or how they were raised. Invariably, we hear how this particular little pet, and all its uniqueness, is a source of pride and unconditional love.

Why can’t the human race love one another like we love our pets? And why do we allow things like race, religion, size, wealth, sexual orientation, and gender divide us? How come we can’t appreciate the souls that are inside each of our various packagings? I can’t count the stories from clients over the years about their families or friends tossing them aside because their gender or orientation doesn’t align with how someone else thinks it should.

So yes, while I’m sitting in the vet hospital, I am comparing the outpouring of love around me, not just for me personally, but for everyone in this space — those sporting fur and those without alike, to the lack of it I know I’ll witness when I walk out the door.

Eventually, the doctor comes in and lets me know that it appears Cody ingested something, no idea what, that has poisoned him. He’s a puppy that puts everything in his mouth, so really, there’s no way to know what it could be. She informs me of all the things they’ve done to help him get back to feeling better and that he’ll probably be able to come home tonight.

I feel relief. I’m also contemplative and personally making a conscious choice to treat others with the respect and kindness I do with my pet. 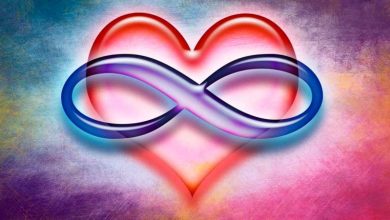 What to Expect This July