Restoration Church of Jesus Christ in the late 80s

At the beginning of 1986, the Metropolitan Community Church of Salt Lake was the only denomination in Utah geared to meeting the spiritual needs of homosexuals; although there were several religiously oriented support groups such as Dignity for Catholics and Integrity for Episcopalians and John Cooper’s Salt Lake Affirmation for Mormons. As the death of gay men increasingly became a reality by 1986 it was only natural that spiritual comfort was wanted especially among those estranged from the Mormon Church.

Two middle-aged men, Antonio Feliz and Lamar Hamilton, along with John Crane, Pamela J. Calkins, and David Ewing were the founding members. They believed that God raised up a new church based on the teachings of Joseph Smith because the LDS church refused to preach the Gospel to active homosexuals. It was felt that the LDS Church was not keeping the commandment to preach the Gospel to all people.

Feliz was a former bishop, a high priest, and had served as a temple sealer in the Los Angeles Mormon Temple. Feliz had received his LDS priesthood in 1973 from then-Church President Harold B. Lee, who stated Feliz would be a blessing to “his people”. Although Lee probably meant Latino people, Feliz would later interpret the blessing to mean homosexual people.

Calkins, a former sister LDS missionary, was the first lesbian to receive the Melchizedek Priesthood under the hand of Feliz. Crane held the position of Church Patriarch, and Ewing was the Church historian.

Feliz stated, “We have established a church based on the Mormon beliefs set forth by the first prophet of the Mormon Churches, Joseph Smith…We feel that the Lord is guiding our steps for the blessing of all people, including gay and lesbian.”

The formation of the new church met opposition from California Affirmation leaders, and as a limited number of gay people who identified as Mormon lived in the Southern California area, the leaders of the fledgling group decided to bring their message to the heart of Mormonism — Salt Lake City.

The first March issue of Triangle Magazine had the new gay Mormon Church as its featured story. A premise of the new church was that homosexuals were a distinct people who, while living among heterosexuals, could distinguish each other from their counterparts. Feliz stated that the new church was for the “despised and rejected of the world”. Calkins taught that gays and lesbians were 10 percent of the world’s population, and “we were like the Lord’s tithe”. While heterosexuals were meant to procreate, gays were meant to re-create and beautify the earth.

While proselytizing in Salt Lake, members of the church attended a meeting of the RCGSE. Robert McIntier was attending as the local MCC’s representative. He recalled, “Three men in business suits walked in and asked to be recognized. When they were allowed to speak one of them got up and said, ‘We’re here to tell you that the Gospel of Jesus Christ, as taught by Joseph Smith, has been restored to the gay community.’ I just about fell out of my chair!”

On April 27, 1986, Feliz and Hamilton, as the acting first presidency, officially organized Salt Lake into the first branch of the church. McIntier was called to be branch president, and Mike Howard was his first counselor. At the organizing meeting, LaMar Hamilton shared a revelation he had concerning a Mother In Heaven. After this time it became acceptable to pray to either a Heavenly Father or Mother or even Heavenly Parents. Heavenly Mother was regarded as an equal member of the Godhead, along with a Heavenly Father, Jesus Christ, and the Holy Ghost. Thus, the church believed in a quadrature Godhead.

The Restoration Church, while still centered in Southern California, organized a portable tabernacle for priesthood ordinance work. At the end of May, it was brought to Salt Lake City and placed in the basement of McIntier’s home. On June 10, Ewing became the first person to receive his temple endowments in the Restoration Church. Howard became the first person to take the name of a deceased person through the temple ceremony. The deceased, Clair Harward, was a gay Mormon but he didn’t receive his endowments before his death.

On June 25, 1986, the official records of the Restoration Church were lost when the backpack of Eddie Muldong, the church historian, was stolen in Los Angeles. As far as I know, my journal entries are the only source material from before this time.

The Restoration Church had a series of revelations given mainly to Feliz but also to other church members. The collection of revelations became the basis of an additional scripture called Hidden Truths and Promises. A guiding principle of the church was that all decisions were made by consensus. Many of Feliz’ actions violated this concept. This principle, among other reasons, forced Hamilton to end his leadership of the church that summer.

When Calkins returned to Salt Lake City for the Sunstone Symposium in late August, two lesbian converts, Carol Dee and Leanna Anderson came with her, as well as her lover Lynn LaMasters. LaMasters was the first lesbian to have received the Aaronic Priesthood. At the time, I heard they were soon to form a polygamist relationship with one another. That surprised me, as everyone assumed that gay men would be the first to revive plural marriage.

In a 1986 Sunstone Magazine interview, Feliz stated it was good to practice “The Principle” — known as polygamy by modern Mormon fundamentalists. He said that he would be open to performing homosexual polygamous marriages if requested by any members.

At the Restoration Church General Conference on Sept. 21, Calkins, LaMasters, Anderson, and Dee were sealed in a ceremony known as Celestial Marriage. Calkins and LaMaster were the first lesbian couple to be sealed for time and eternity. Anderson and Dee were also sealed to each other and later to Calkins as that she held the higher priesthood. Also during the conference, Feliz, Calkins, and Crane were sustained as Prophets, Seers, and Revelators of the Restoration Church.

About six months later in May 1987, church members ousted Feliz for making changes to the church governance without consent. The California base of the church faded away, and the headquarters of the church transferred to Salt Lake City. McIntier succeeded Feliz as president of the church. He served as president from 1987 through at least 2009. When the church dissolved in 2010, about 500 members were on the rolls, with only 25 active in Salt Lake.

1987 National March on Washington for lesbian and gay rights

A month of history 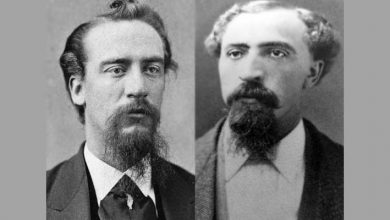