The road out of the closet is fraught with danger and excitement.

Many moons ago, sometime between the ending of the Cretaceous and the beginning of the Jurassic periods, in other words, in Pre-Petunia Utah, I was living in Logan, and working for Utah State University food services as assistant manager of the HUB, the on-campus, fast-food hang out.

I was the quintessential closeted Mormon boy, and super active in my student ward. And I kept myself much too busy (to date girls), by serving in many different church callings. I was so orthodox that I garnered the nickname of “Peter Priesthood” or “Junior G.A.” among the young sisters in the relief society.

Not only was I churchy as hell, but I was also the prototypical AGGIE (Sorry all you Ute fans). I played trombone in the USU marching band, and I was a big “band geek” that even after I graduated from the university, I stayed a member of the group for an additional four years.

That’s enough of the background, for now.

In 1985, some brave USU students formed a gay club on campus called the Gay and Lesbian Alliance. They held meetings every Monday evening on the 3rd floor of the Student Center, the same building in which I worked on the 21st floor. Controversy and negative letters to the editor of the student newspaper ensued over the GLA. From the safety of my closet, I read with great interest every word about the new club. Oh, how I longed to take my “tail out from between my legs” and “man-up” some courage and get my “wussy chicken-shit” ass to just one meeting.

My heart knew what I wanted — no needed — to go to a meeting. But I was too cowardly to take that step. On one Monday evening, I drove to the student center, circled the parking lot, and then my inner “yellow belly” got the better of me, and I left. The same scenario happened four more times. On each occasion, I was a “fraidy cat” and repeated the “spineless” retreat. Then I changed tactics. I didn’t want anyone to see me in the building on a Monday night. So I parked across the street at the LDS Institute of Religion parking lot and crept my “lily-livered pansy ass” up to the door of the building.  Too much, I became “gutless and weak-kneed” and ran back to the Institute, pretending I was late for Family Home Evening.

Then, one dark and stormy night (no, yeah it was dark and stormy), desperation overtook me, and I thought no one would be out and about to witness me, so I “grew a pair” and ventured up the hill to campus. Again I parked across the street at the church, but I entered the building through a door that few people ever used, and I climbed the west stairs, also not frequently used. I followed a circuitous route through several out-of-the-way hallways and finally made it to “the room”.  I walked past it. Then I circled the hallway and passed it three more times. Finally, I stepped into the room. I took a seat behind the door so that passersby in the hallway couldn’t see me. Only two other people occupied the room. The leader welcomed me and said he was glad I came.

Then to my horror, I realized that the other person in the room was the guy that sits near me in the choir.  I almost lost my nerve and ran out, but as I prepared to flee, he congratulated me for coming and said, “Well, I guess we’re both here for the same reason.”

Then two people, who worked at the bowling alley next to my work, walked in and one exclaimed in a loud whisper, “Look, it’s that guy from the Hub.” At that moment in walked three members of the marching band whom I had known for years. They took one look at me, and the trumpet player loudly exclaimed, “Well it’s about God damned time you finally got here!”

Was everyone I knew gay?  Holy hell, I half-way expected my bishop to walk in next. Someone said, “Welcome to “Family Homo Evening”, and everyone giggled and then I felt safe among friends and stayed.

Several months later on Halloween, the GLA sponsored a “Gender Blender” costume party. In preparation, I went shopping for a bra, and a girl from work saw me in the women’s lingerie department. So I just asked her to help me choose one.  She looked stricken and asked in a whisper, “What for?” She calmed down as I explained it was for a Halloween costume. So she then recommended I not get an underwire bra because it hurts. I ended up purchasing an underwire bra despite her advice. However, I did have to borrow a wig. And thus, PETUNIA WAS BORN!

1.    Was I drawn to attend USU and become an Aggie (whose mascot is a bull) because I’m a Taurus?
2.    Since I kept accepting church leadership callings, did I secretly aspire to become the Relief Society President?
3.    Are all choir and band members secret closet cases?
4.    Should we send undercover therapists into high school choirs and bands to help lead and protect the flock?
5.    Are wire bras the reason for my proclivity to electrify my breasticles? 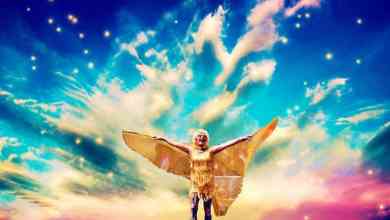 A tale of the queen of the solar system

A tale of the stall of great peril

A tale of the pit and the pendulum