In a press release yesterday, GLAAD condemned President Trump’s nomination of Brett Kavanaugh for the U.S. Supreme Court seat. Kavanaugh’s extreme conservative record and his past support by anti-LGBTQ hate group Family Resource Council are deeply concerning. Kavanaugh could carry out the expressed views of President Trump, who as a candidate stated that he disagreed with the Supreme Court’s gay marriage ruling in the case of Obergefell v. Hodges and said he would “strongly consider” appointing judges who would overturn the decision.

Kavanaugh, 53, currently serves on the Court of Appeals for the D.C. Circuit, which often rules on significant challenges to federal laws and policies. If confirmed, he would make the Supreme Court solidly conservative. In his 12 years on the federal appeals court, he has had no known LGBTQ-related decisions. But LGBTQ activists feel sure that Judge Kavanaugh will be no Justice Anthony Kennedy.

“If confirmed, Brett Kavanaugh will have the chance to codify President Trump and Vice President Pence’s dangerous anti-LGBTQ record and the agenda of anti-LGBTQ groups into law for decades to come,” said GLAAD President and CEO Sarah Kate Ellis. “Like Neil Gorsuch before him, Kavanaugh is an ideologically driven pick designed to create an activist Supreme Court that will undermine rights and protections for women, LGBTQ people, immigrants, and all vulnerable people. Americans do not want nor need 40 more years of Trump’s values.”

The Federalist Society, a pipeline for conservative judges to gain appointments, including to the Supreme Court, vetted Kavanaugh. The Federalist Society produced materials arguing against every significant LGBTQ policy proposal including the Employment Non-Discrimination Act, hate crimes legislation, “Don’t Ask, Don’t Tell”, and transgender accommodations. Kavanaugh has been a member of the Federalist Society — a group which was also instrumental in Chief Justice John Roberts’ nomination and confirmation along with Justices Neil Gorsuch and Samuel Alito, all of whom were members.

As a candidate, President Trump stated that he will only put “pro-life” judges on the Court. He also said he wants to overturn the landmark Roe v. Wade decision — the constitutional right to privacy that extends to a woman’s right to make personal medical choices, including access to abortion. Kavanaugh dissented on a recent decision that allowed an immigrant teenager to access an abortion.

GLAAD is encouraging people to contact their senators and ask them to support pro-equality judicial nominations and oppose Kavanaugh’s confirmation at  Amp Your Voice Action Center.

“Majorities of Americans support Roe v. Wade and want to protect the Affordable Care Act. So President Trump and Judge Kavanaugh don’t just stand in opposition to democratic principles, they stand against the American people,” DNC Chair Tom Perez said. “If confirmed, Kavanaugh would threaten women’s rights, workers’ rights, civil rights, and voting rights for generations to come. Immigrants, LGBTQ Americans, people of color, and people with disabilities would be pushed further to the margins. And wealthy corporations and polluters would gain yet another powerful protector.

We blocked healthcare repeal last year because Americans came together, spoke out, and held Republican senators accountable. The only way to stop this nomination now is to fight again. Call your senator and vote in November. Democrats must make our voices heard at the ballot box for the millions of [Americans] who are counting on us.”

Rea Carey, head of the LGBTQ Task Force, said, “There hasn’t been a nominee for the Supreme Court this extreme since Robert Bork.”

Jenny Pizer of Lambda Legal was more blunt, saying Kavanaugh will “yank the court sharply to the extreme right.”

Shannon Minter of the National Center for Lesbian Rights said there is nothing in Kavanaugh’s record to indicate he “understands the real-world impact of discrimination on LGBT people or the importance of construing our nation’s laws to enable them to participate fully and equally in society.” 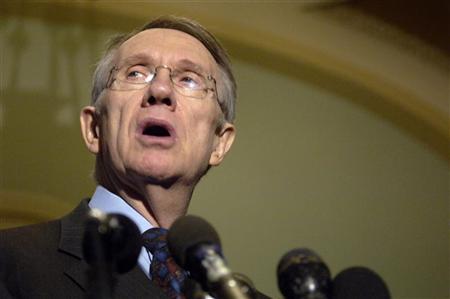