Who I’ve dubbed “The Insiders” is a group of six Utah activists, political seekers, and attorneys: Mark Lawrence, Derek Kitchen, Moudi Sbeity, Kody Partridge, Laurie Wood, and Peggy Tomsic. In the new documentary Church & State, currently showing at Broadway Centre Cinemas in Salt Lake City (and nationwide), follows the many difficulties and roadblocks these pioneers, if you will,  faced to overturning Amendment 3.

Amendment 3’s slogan, Yes on 3!, was a rip-off of Yes on 8!, the proposition passed in California that overturned 2000’s Proposition 22 which allowed same-sex couples to marry in the state. Prop 8 received surmountable support by the Mormon Church to the tune of $20 million.

Church & State opens with Mark Lawrence, a man inspired by the federal court challenge of the so-called Defense of Marriage Act, and who called together a small group of activists at a local coffee shop on a July evening in 2012.

From that meeting, Restore Our Humanity was born. The group started with a simple mission: overturn Amendment 3 in federal court. Lawrence and his team began organizing, establishing a nonprofit, and looking for plaintiff couples and an attorney. The equality organizations, both locally and nationally, resisted and in some instances guffawed at Lawrence. Utah as a battleground for marriage equality didn’t seem possible. Traditional strategy and conventional wisdom dictated that the passage of nondiscrimination laws at the state level must precede marriage action.

Then it provides some backstory on the other plaintiffs and lawyers as well as a few current situations. What I enjoyed most about the film were the riffs — there were many — and the pompous Richard Mack’s childlike tantrum:

“I want to say this to the homosexual community: We mean you no harm. First, we ask you that you understand the history of America and that the intention of the Founding Fathers in developing a constitution that does one thing — protect God-given innate rights. And these people fought and died for this. And now we’re going ‘oh, well rights are whatever we say they are now’. You are never going to convince us that homosexual marriage is one of those innate God-given rights. It’s not. It’s not one of those rights.

Given that, if you’re unfamiliar with the timeline details from California’s Prop 8 to the 2014 decision overturning the same-sex marriage ban in Utah, Church & State is a good 80-minute lesson. At times it’s moving, at times infuriating and at times a bit melodramatic. Again though, the documentary does what it set out to do: provide the evidential value of the record.

An Interview with Ari Gold 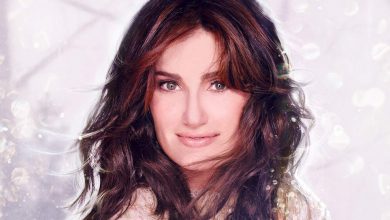