Earlier this year the Affirmation: LGBTQ Mormons, Families & Friends board determined the top priority is to better equip its members and leaders with information about trauma as well as suicide prevention. Recognizing the need for increased collaboration between the LGBTQ+ Mormon community and the broader LDS community to more effectively prevent suicide, in February Affirmation leaders met with the LDS Public Affairs Department to request funding of QPR training.

Then last week, in what is being called historic by leaders with the group Affirmation: LGBTQ Mormons, Families & Friends, the LDS Foundation bestowed a $25,000 grant to help with youth suicide prevention only days before Affirmation’s annual conference.

“We have been organized 40 years and this is the first time the church has shown interest in something we’ve always known is a high priority,” said John Gustav-Wrathall, Affirmation’s executive director.

“We hope that this LDS Foundation grant to Affirmation will aid in suicide prevention amongst LGBTQ+ Mormons throughout the world and also be an encouragement to LDS members, bishops, young men’s and young women’s presidencies, and others working with Mormon youth to take advantage of these training opportunities with us,” said Carson Tueller, president of Affirmation. “We can’t do this alone. Only by working together can we begin to reach everybody who needs [assistance] both in and out of the church.”

LGBTQ Mormons and their families and friends will gather at the Salt Palace this weekend, July 20–22, for the 40th annual conference of Affirmation: LGBTQ Mormons, Families & Friends.

Keynote speakers this year will include Savannah Stevenson, the British actress primarily known for portraying Glinda the Good Witch in the London production of Wicked and Mary the mother of Jesus in the LDS Church’s video series about the life of Christ; and Emron Grover, a gay Mormon who was one of the key animators from the Pixar full-length feature film Coco.

The conference also brings leaders of Affirmation from around the world and from the United States to train, plan, and organize. Plenary sessions will include speakers reflecting on the LGBTQ Mormon experience, a devotional and LGBTQ Mormon testimony meeting/spiritual story sharing, yoga, and meditation. Affinity groups and workshops will address diverse issues that affect the LGBTQ Mormon community, including issues related to race, gender and gender identity, bisexuality, asexuality, relationships, mental health and well-being, faith development, and spirituality.

Affirmation: LGBT Mormons, Families and Friends, founded in 1977, works for the understanding, acceptance, and self-determination of individuals with diverse sexual orientations, gender identities and expressions as full, equal, and worthy persons within the Church of Jesus Christ of Latter-day Saints and society, and to help them realize and affirm self-worth.

If interested in learning more about, or involved in, Affirmation’s trauma education and suicide prevention efforts, please email [email protected] To donate to support Affirmation’s suicide prevention work, go to their donation portal at https://affirmation.org/donate/ and select “Suicide Prevention” under “Donation Options.” If you or someone you know is struggling with depression or suicidal thoughts, call The Trevor Project at 866-488-7386 or visit their website where you can talk to someone via text or chat. 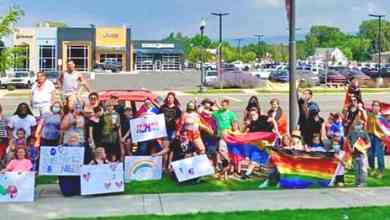 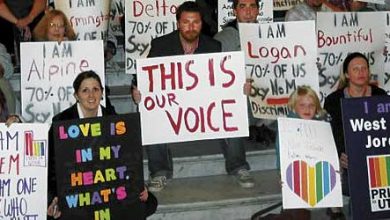