University offers a free ride to gay teen abandoned by parents; he plans to pay it forward

A Jacksonville, Florida student Seth Owen, 18, had a 4.16 GPA and all the promise of the future. But he had no money to make it a reality. After his parents kicked him out of the house for being gay, he was on his own.

Owen told NBC News that he had moved out of his parent’s home in February after multiple arguments about his sexuality. He had endured over a year of attempted “conversion therapy” with their prodding, reported LGBTQ Nation.

He lived with friends and worked to carry his financial weight while finishing high school at the top of his class as the co-valedictorian.

That’s when the town chipped in to help fund his college education and raised over $120,000 (the original GoFundMe goal was set at $100,000) so that he could attend Georgetown University.

However, an incredible thing happened: Georgetown decided to waive his tuition. Completely.

“The Office of Student Financial Services was instrumental in helping me enroll in the Georgetown Scholarship Program, whose purpose is to make attendance at Georgetown possible for students in a financial situation similar to my own,” Owen said. “This program also includes mentoring and networking opportunities, which will help me to assist others in situations similar to the one I found myself in earlier this year.”

Close to 50,000 people attended Belfast Pride Festival and March on Saturday — the biggest turnout since the LGBT march began 25 years ago, reported The Irish Sun.

“Come Out for Change” was the theme of the festival, seeking better rights for the Northern Irish LGBT community. Many attendees used the march to protest the lack of marriage rights for LGBT people, and seek abortion legislation like what is set to be introduced in the Republic.

Sean O’Neill, chair of the Belfast Pride Festival said that “brave” revolutionaries established the march a quarter-century ago.

“Belfast Pride was founded by pioneers who defied attitudes that we couldn’t have a pride here and that we should know our place; the 100 brave people marched in Belfast Pride in 1991,” O’Neill said.

Hollywood, Florida police raided an adult store last week and arrested 13 men who were having consensual sexual encounters in a private area.

After the arrests, several news outlets reported on the incident, revealing the men’s names, their hometowns, ages, and mugshots.

The smearing justifiably led to a bitter backlash. According to the Miami New Times, an attorney for one of the men says her client was fired from his job in the medical field as a result of the coverage.

Hollywood PD has made a habit of raiding the Pleasure Emporium. They arrested six men there in February. In a statement, they defended last week’s raid, calling the locked, private rooms that you have to pay to get into at Pleasure Emporium a “public space.” 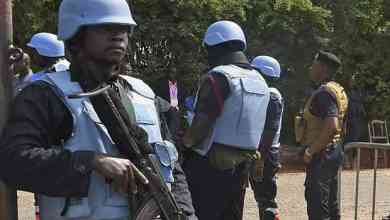