It’s a sign of the times as films initially slated for theatrical release instead end up moving to streaming platforms. It’s been a winning model for Netflix, stripping movies of the stigma of “going straight to video.”

And now that Disney is planning to launch its own streaming service, they’re going to need fresh content and not merely rely on your urgent, middle-age desire to re-watch The Boatniks. Welcome, then, the Christmas 2019 premiere of Noelle from Marc Lawrence (Miss Congeniality). Starring Anna Kendrick, it’s the story of Santa’s daughter taking over the toys-for-good-girls-and-boys operation in what will likely be the smart, sardonic manner that makes her a queer audience favorite. It co-stars Bill Hader, Shirley Maclaine, Billy Eichner, Airplane! star Julie Hagerty and Family Ties dad Michael Gross. Initially planned for theaters, Noelle will now be a part of that pending Mouse-stream, and we’ll be home on our couch that December avoiding the multiplex for it.

Brace yourselves Broadway fans, because it’s about to get serious on your television. You want musical-theater legends as interpreted by today’s musical theater A-listers? FX has what you need. They’ve given the green light to a limited series about legendary director and choreographer Bob Fosse and Gwen Verdon, his equally legendary dancer-actress spouse. Together, they shaped 20th-century musical theater and created classic works that audiences love decades after the fact. The unnamed eight-episode series is from Lin-Manuel Miranda and Thomas Kail, who created and directed Hamilton, and Dear Evan Hansen writer Steven Levenson — all Tony Award winners. Academy Award winner Sam Rockwell stars as Fosse, and Oscar nominee Michelle Williams takes on Verdon’s role. And, of course, the show features Fosse’s choreography to sweeten the downside of making it huge in show business. And all that jazz.

Matthew Weiner, creator of Mad Men, has a new series in development, The Romanoffs, and it has a huge cast. That’s because it’s an anthology series that will revolve around eight stories of people who believe themselves to be descendants of the Russian royal family. Listing them all would take up every bit of room in this column, so here’s a few: Aaron Eckhart, Kathryn Hahn, Diane Lane, Radha Mitchell, Amanda Peet, Corey Stoll, Isabelle Huppert, as well as Mad Men alums Christina Hendricks, John Slattery and Jay R. Ferguson.

But all we care about for now is the queer-inclusive casting of Veep’s Clea DuVall and Girls’ Andrew Rannells. DuVall’s career assortment of characters is all over the map, but Rannells tends to play funny gay men. And we assume he’ll play a funny gay man here, too, and even if we weren’t already in because we’re hardcore fans of Mad Men, we’d make this appointed television. The show hits Amazon in October.

Robin Roberts is having the Lifetime of her life

Robin Roberts is making movies for Lifetime now. The cable network is known for their original movies (our favorite: Baby Monitor: Sound of Fear, because seriously you guys). Now they plan to battle with Hallmark, presumably to improve the quality — pushing out 75 movies in 2019. Roberts has signed on to produce a series under the banner Robin Roberts Presents, and it’ll be a mix of narrative features and documentaries. The first two feature singer-activist Mahalia Jackson and adult kidnap survivor Alexis Manigo. Documentaries accompany the respective films. Now, Lifetime, please keep the prestige angle balanced and hand the producing reins over to someone like John Waters. We need more stuff like Pregnancy Pact. 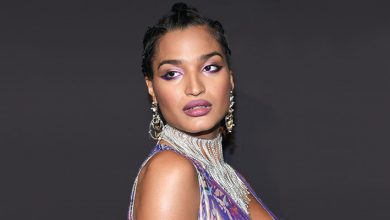