Election 2018 finds more than 400 LGBT candidates running for office, The New York Times reports. Most are Democrats, some are running for federal seats, but the majority is running for state and local offices. Many are running in states far from liberal on the East and West Coasts. They include U.S. Senator Tammy Baldwin running for re-election in Wisconsin; Jared Polis, for governor of Colorado; Kyrsten Sinema, running in the Arizona Senate primary and a Native American lesbian in Kansas. Out bisexual actress Cynthia Nixon is running for NY state governor. And an MTF transgender Democrat candidate for governor Vermont won the nomination. Utah has six (that we know of) LGBT candidates, one for Congress and the three for the State Senate and two for the State House.

A former Log Cabin Republicans executive, R. Clarke Cooper, is nominated as an assistant secretary of state. Senator Bob Corker’s introduction of his fellow Tennessean and the official biography does not mention LCR leadership. While running the group, he pushed the repeal of “don’t ask, don’t tell”, and was the LGBT columnist for the conservative Washington Times who signed a brief in support of same-sex marriage. Cooper introduced his partner at his confirmation hearing as “my incredible spouse”. The White House, Cooper, and Corker didn’t respond to inquiries about his gay bona fides, so it’s unclear whether they think being gay is a liability or he is embarrassed to have been part of LCR.

Businesses declare “Open to All”

Yelp, Lyft, Levi’s and Airbnb are joining the “Open to All” coalition, a new way for companies to signal they don’t discriminate. Companies place a window sticker with the moniker, or on yelp.com. It was started by the Movement Advancement Project; the initiative is supported by 1,200 businesses and nearly 200 advocacy groups. The coalition was “born out of” the Masterpiece Cakeshop case and the formation of the potentially anti-LGBT “Religious Liberty Commission” recently formed by the U.S. Attorney General.

A married couple in Missouri, together for 40 years, was refused occupancy by a senior community because covenants specify that the Bible says marriage is “the union of one man and one woman”. The two women, represented by the National Center for Lesbian Rights, the American Civil Liberties Union, and a Washingon, D.C. law firm are suing in federal court. “Why they want to live in such a place is beside the point,” the couple’s attorney said. “The denial of housing, for this reason, is prohibited by the Fair Housing Act.”

Delaware says “no” to conversion therapy

The convicted murderer of a gay man is the 56th person to receive the death penalty in Ohio since its legalization in 1999. The prisoner met his victim at a Cincinnati gay bar then killed and mutilated the victim in the victim’s apartment. His defense claimed childhood abuse, and he also claimed “gay panic” when seeking clemency, saying he had Post-Traumatic Stress Disorder while frequenting gay bars and robbing the patrons.

A man found innocent of an indecency arrest in Grand Central Terminal is suing NYC’s Metropolitan Transit Authority. He is suing over police brutality and homophobia, saying the officer tried to induce him to have sex; and then arrested despite rejecting the officer. The undercover cop jumped him, shouting, “What are you doing, you fucking faggot?” and calling him a “dirty homo.” The officer frog marched the man through the busy train and bus terminal shouting “another pee-pee case!”

Batwoman character, Kate Kane, (airing on the CW network) is a lesbian. However, not finding a lesbian to play the role, producers have cast a self-described “gender-fluid” Australian actress, Ruby Rose, from Orange is the New Black. The CW has featured LGBT characters in other shows: Arrow‘s Curtis Holt (gay), Legends’ Sara Lance (bisexual), and Constantine (bisexual), and Supergirl‘s Pal Alex Danvers (lesbian). Also, Supergirl is currently casting a transgender actress for the upcoming season whose superpower is apparently laser-like personal outrage.

California is the first state to recognize June as Pride Month, by law. “California has the largest LGBT population of any state in the union, and is home to over 40 LGBT Pride celebrations each year,” said bill sponsor and Assemblymember, Evan Low.

Gay for gay in Alabama

A study published by the American Journal of Men’s Health found that 50 percent of same-sex relationships reported abuse from a partner — nearly equal to mixed-sex couples. Abuse includes controlling behaviors, emotional abuse, and physical or sexual violence. Stress factors, such as money, employment, and drug use accounted for the causes of these abuses.

The Michigan Supreme Court vacated a lower court ruling against a woman who sued Planet Fitness for revoking her membership after she complained about a transgender woman using the women’s dressing room. The court sent the case back saying the gym didn’t disclose its “no judgment” policy would cover, in the court’s language, “men who self-identify as women.”

Once an English man, always a Freemason

United Grand Lodge of England informed the 200,000 Freemasons in the UK that “legal” males may become Freemasons, which includes transgender people. Transgender women who joined the Freemasons before they transitioned may remain in the society after transition (but still referred to as “Brother” in official greetings) because “a Freemason who after initiation ceases to be a man does not cease to be a Freemason.

After the recent U.S. Supreme Court decision, the Colorado Civil Rights Commission is going after Masterpiece Cakeshop’s Jack Phillips for declining to bake a cake for an MTF transgender person celebrating the person’s desire to present as a woman. A “Blue on the Outside, Pink on the Inside” cake was made then declined the day of the SCOTUS ruling. A few weeks later the CCRC ruled there was enough evidence the law had been broken. Phillips is countersuing, claiming it’s unconstitutional to target creative professionals for their religious beliefs. 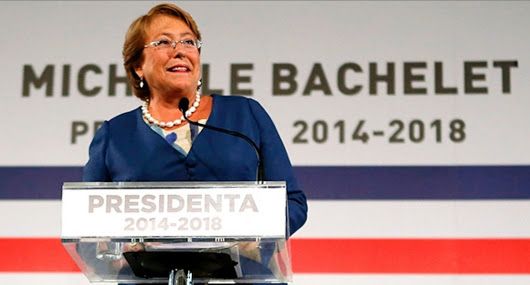