The chairman of the Salt Lake County Republican Party issued an apology for what he calls a “mischaracterization” on the part of The Salt Lake Tribune in a story where new communication director Dave Robinson, who is a gay man who once ran in the Salt Lake City and Salt Lake County mayoral races, said gay men who have had “over 2,000 sex partners” could be a root cause of “some of the self-loathing to the point of suicide” in the state.

“You talk to some of these people that have had grundles of sex partners and the self-loathing and basically the unhappiness and the self-hatred level is tremendously high,” The Tribune quoted Robinson as saying. “The gay community really needs to start having some conversations within their community, saying how is our lifestyle affecting our mental health.”

The state’s suicide rate among children ages 10 to 17 more than doubled between the years of 2011 and 2015 according to the Utah Department of Health. Some say that LGBTQ youth make up a disproportionate number of those suicides.

Equality Utah Executive Director Troy Williams shot back at Robinson’s comments as “old, tired stereotypes and tropes,” noting that most of the suicide problem in the state is youth under 17, most of whom may not have ever even experienced sex.

“Condemning who and how we love is a strange way to build a bridge between the Republican Party and the LGBTQ community,” Williams told the Tribune. “Mr. Robinson’s rhetoric is deeply irresponsible and unbecoming of a leader in a political party in the state of Utah.”

Robinson went on to claim that the Salt Lake County Health Department was giving gay men “free medication,” perhaps meaning PrEP, and that these men went on to have unprotected sex like “bunny rabbits” at monthly “sex parties,” unaware that the medication did not protect from STDs other than HIV.

Salt Lake County Health Department’s STD and HIV epidemiology supervisor, Lynn Beltran, said Robinson’s claims were “wildly inaccurate,” that the County has never given out free pills — and that the county’s STD clinic isn’t even able to prescribe the medication.

“Many of our members have suffered more than our fair share of loss due to suicide. This is a very serious subject. We have also seen a spike in STDs in many communities across the county, including the gay community. Both of these issues deserve to be discussed by as many people as possible, especially policymakers, in order to find real solutions and combat these challenges. This becomes extremely difficult when comments like these are made on these subjects and reported in a way that suggests any of us believe that underage young men are out at group sex parties, contracting diseases and then committing suicide over that situation. Any claim like this is ludicrous, by any individual, and seems an unlikely conclusion to be drawn by anyone with any education on either of these subjects. Neither Mr. Robinson nor the reporting paper should confuse these subjects. It causes great pains to every family who has lost someone, not to mention the damage it does to a dialog that is desperately needed by as many parties as possible,” the statement continued.

“Speculation, without fact, should never be part of our discourse. Mr. Robinson’s statements, no matter the context, were ill-chosen and do not represent the views of this organization and we are certain, do not reflect the views of the SL County GOP. But the need for community discourse about these issues is critical,” the group wrote.

To the fine citizens of Salt Lake County, the State of Utah and elsewhere,

On Tuesday August 22, 2018 an article was printed that was written by Taylor Stevens at The Salt Lake Tribune regarding statements made by Mr. Dave Robinson. I was in attendance at this meeting with the Editors where the intention was to introduce myself and the inclusive direction the Salt Lake County Republican Party is taking.

We spoke with the Editors for over an hour, discussing the many issues that face the residents of Salt Lake County. We discussed everything from land and water to suicide and transparency. My goal for this meeting was to convey my hope of inclusion for all communities within Salt Lake County.

During this meeting, the topic of the LGBTQ community arose in conversation and what that has to do with the Republican Party. Due to my personal experience regarding suicide, I made it very clear as a representative of the Salt Lake County Republican Party that I was very concerned about teen and adult suicides in Utah. Further, that we needed to address why the rates of suicide are several times greater in the LGBTQ community.

Dave Robinson, who is gay, told of conversations he has had with people from within the gay community. All of the opinions forwarded by Mr. Robinson were based on those conversations and were not necessarily his own views and were not presented as the position of the Salt Lake County Republican Party.

The subject of depression and suicide transcends all of our communities. I want to be very clear that the Salt Lake County Republican Party and our candidates do not agree that there is only one cause or solution to our local/national suicide concerns. We believe there are many factors surrounding these issues and we will continue to diligently seek solutions.

I apologize on behalf of the Salt Lake County Republican Party for any hurt or discomfort that this mischaracterization has caused. The tremendous outcry of both anger and support shows that these conversations are sorely needed. 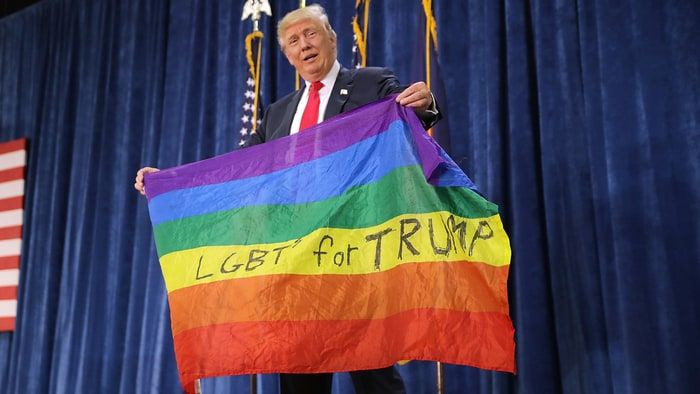