From writer/director Joel Edgerton, the highly anticipated film Boy Erased tells the story of Jared (Academy Award nominee Lucas Hedges), the son of a Baptist pastor in a small American town, who is outed to his parents (Academy Award winners Nicole Kidman and Russell Crowe) at age 19. Jared finds himself faced with an ultimatum: attend a conversion therapy program — or be permanently exiled and shunned by his family, friends, and faith. Boy Erased is the true story of one young man’s struggle to find himself while being forced to question every aspect of his identity.

Along with the limited release of Boy Erased on November 2, Limina House, Focus Features, and Anonymous Content announced today that the filmmakers behind Boy Erased, along with the creators of the widely acclaimed Radiolab podcast and radio program will launch a new podcast, UnErased, this fall. The four-part podcast series will reveal the controversial truth behind the “pray away the gay” movement and conversion therapy in America.

It is estimated that between 700,000–800,000 Americans have been subjected to conversion therapy — damaging and harmful practices designed to “convert” someone from gay to straight. Using original reporting, sound-rich design, and in-depth interviews with individuals who have experienced, led and criticized conversion therapy, UnErased’s four episodes will reveal a profoundly troubling part of our culture. Working with The Mattachine Society, one of the foremost LGBTQIA historical archives and a major collector of conversion therapy source material, UnErased brings virtually unheard recordings and documents from key conversion therapy groups and leaders into the light and combines them with original interviews to reveal a complex, and increasingly global, attack on the health and well-being of LGBTQIA youth.

The UnErased production team is Ellcessor, Kat Aaron, Alice Quinlan and Shima Oliaee with the author of the Boy Erased memoir Garrard Conley, whose life story and experience with conversion therapy is the basis for the film, and the film’s co-producer and cast member David Joseph Craig. Abumrad provided editorial oversight and conducted key interviews.

“This series, the original journalism that’s taking place, the stories that are being brought into the light, could not have happened without Joel and Garrard, David, Kerry and everyone at Focus, Anonymous, and Stitcher,” said Limina House producer Mikel Ellcessor in a press release.

“This is an incredible demonstration of people across creative disciplines pulling together to test new boundaries for storytelling, content delivery, and community engagement. It’s our hope that fans of the film, Garrard’s memoir and the podcast series will immerse themselves in all of these different works so they can have a richer understanding of the context of Garrard’s story. It’s a story that is shared by hundreds of thousands of others and goes on today.

“Limina House is dedicated to creating work where new worlds of insight and emotion open up, and we learn something new about ourselves and the lives we lead. Being a part of Boy Erased is a privilege.”

Garrard Conley and David Joseph Craig also commented: “Boy Erased tells a deeply personal story; UnErased tells the whole story. Combining one of the most comprehensive conversion therapy histories to date, survivors’ accounts, and exclusive interviews, UnErased will pick up where the memoir and film leave off.

“We are honored and thrilled to have partnered with podcast-juggernauts Jad Abumrad and Mikel Ellcessor and are working closely with the Mattachine Society of D.C. and other LGBTQ advocacy groups to usher our queer stories into the permanent archives of American history, where they have always belonged.”

UnErased will be made available exclusively to Stitcher Premium subscribers in the weeks before the film’s release. It will be available everywhere you get podcasts coinciding with the film’s limited release. The series is being distributed by Stitcher. UnErased is not a Radiolab production. 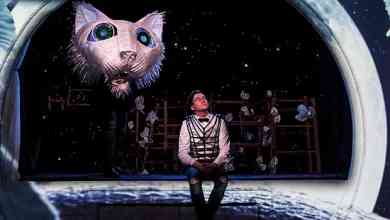