Thought they were goners? Nope, the Cats have a release date

When Andrew Lloyd Webber’s musical Cats, based on T.S. Eliot’s Old Possum’s Book of Practical Cats, was the hottest ticket in musical theatre, film studios weren’t exactly lining up to make any musical movie, much less one that involved the entire cast frolicking about in kitty costumes. And when they did decide to make one, it was A Chorus Line. But that was before the musical film resurgence; before Chicago, before Les Miserables, before Dreamgirls and whatever The Greatest Showman was supposed to be.

It’s been so long that Cats became a pop culture joke for decades before regaining some revival respect. It’s been so long that rumors of film versions died more than nine times. Plus, at least one of the upcoming movie version’s stars, Taylor Swift, who hasn’t been alive long enough to even know about all this stuff. But now there’s a release date: December 20, 2019. It’s going to go head-to-head with a new Star Wars movie, unafraid. It’s got Les Mis’ Tom Hooper as director, Ian McKellen co-starring, and Jennifer Hudson as Grizabella, so at least you know “Memory” is in capable hands. Now it seems almost real, and it only took nearly 40 years.

We write about pilots sometimes, and then that piece of TV hope vanishes into the ether without a trace, abandoned by the network suits, leaving you with thoughts like, “Wasn’t The Corrections supposed to be a show at some point? Did it happen? Is it on Starz and nobody told me?” So it’s a pleasure to see one we were hoping would go the distance to get a series order. The latest project from the amazing Nicole Holofcener, Mrs. Fletcher, starring Kathryn Hahn, has an HBO pickup with no set air date.

Millennial-aged actors are coming out in numbers that feel overwhelming compared to the not-so-recent past when virtually no one did, and they do it on Instagram, which is always a nice, casual touch. So this is an unofficial LGBTQ+ welcome to 27-year-old Garrett Clayton, whom you’ve seen in Hairspray Live, King Cobra, and on shows like The Fosters, and — if you’re very young — in Disney Channel productions like Teen Beach Movie. He sings, acts, dances, and looks like Zac Efron’s little brother, which doesn’t hurt at all. And he has half a dozen upcoming projects under his belt, including the bullying drama Reach and the Nicolas Cage drama Between Worlds, both slated for this year, and the horror film Killing Games, currently in production. We’re always happy to report news like this, so go forth and conquer, young gay dude.

The upcoming fall film Boy Erased, starring Lucas Hedges, Nicole Kidman, and Russell Crowe is the true story of a Baptist pastor’s son forced into discredited conversion therapy run by conservative Evangelical Christians. And the filmmakers have hit upon a unique and precious bit of promotional content. They’ll be launching a four-part podcast, UnErased to coincide with Boy Erased’s release.

Author Garrard Conley, whose memoir forms the basis of the film, participates in the podcast, which focuses on real stories of young people forced into the abusive programs — affecting an estimated 800,000 people since their inception. The podcast will be made available exclusively to Stitcher Premium subscribers in the weeks before the film’s Nov. 2 release, and available everywhere podcasts are hosted coinciding with that release. There are already laws on the books in some states banning these programs for minors. Let’s hope projects like this help turn the tide and protect queer youth in even more places.

Romeo San Vicente is happy to give your podcast’s Patreon at least one dollar. 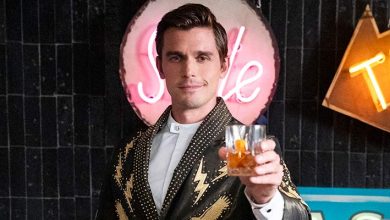 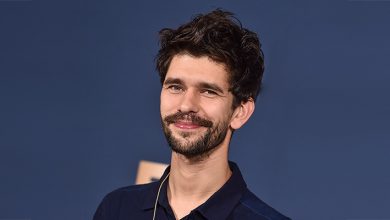