A Salt Lake man says someone entered his home, stole thousands of dollars’ worth of his belongings and his dog, and spray-painted his door with the word “FAGS” and a paw print.

“So today I came home to find I was robbed again. They took everything of value from the house, [including] thousands of dollars worth of electronics, gear and leather. Then to make things worse they stole my dog. My sweet little pug Gil is missing. They were so kind as to make it a hate crime by spray painting my door. If you see my dog, please let me know,” Mike Lentz wrote on his Facebook wall Friday.

Luckily, his dog has been returned to him, having been found by a family at Liberty Park, without tags, miles from his home. 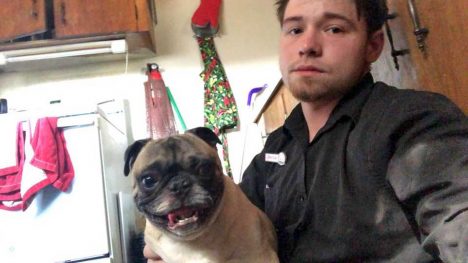 Two GoFundMe campaigns have been set up, one by Lentz’ mother to help him replace his belongings and find a new, safer place to live, and the other by members of the pups and handlers community to replace his leather and pup gear.

“I am raising money for my son, Mike Lentz. He has been robbed twice. This time it is an obvious Hate Crime, they even took his dog,” Julie Lentz wrote in the GoFundMe description. “Mike is one of the most caring kind people I have ever known. He has a heart of gold. Mike is quiet and reserved and doesn’t like a lot of attention. He loved animals and has always been very attached to a dog and to have his sweet Gil, pug, stolen is even worse. Mike is a hard worker but getting robbed twice doesn’t help him get into a better place.”

That campaign has raised nearly $2,600 at the time this article was written.

“Two pup friends of mine house was just broken into and the person stole all of their gear and also their dog. Not only did the person [steal] their valuable and personal belongings, they also vandalized the place. A bunch of gear was stolen which included multiple leather and neoprene gear, specifically pup hoods. Pup meeko received his neoprene pup hood literally today and now it is gone. I am making this page to help them retrieve or possibly buy new gear so they can move past this horrible situation,” wrote bruiser.

That campaign has raised $500.

According to Fox 13 News, Salt Lake City Police Department detectives confirmed they were investigating the alleged crimes as a hate crime.

Anyone with information should call the Salt Lake City Police Department at 801-799-3000. 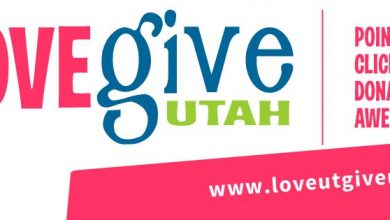