Playwright Jaclyn Backhaus’ Men on Boats is the mostly true story of John Wesley Powell’s 1869 expedition down the tumultuous Colorado River. In a nutshell, it tells the story of a one-armed captain and his crew of insane yet loyal volunteers navigating the Grand Canyon.

However, the zinger is Men on Boats doesn’t include male actors. The casting is made up of racially diverse actors who identify as female, trans, genderfluid, non-binary, and/or nongender-conforming in a story depicting mostly white male explorers.

In a 2015 review, The New York Times wrote, “…it’s hard to imagine this 90-minute account of a pioneering journey through virgin Western territory in 1869 being nearly as effective, or entertaining, with an ensemble of men.”

The play maps more than just the lay of the land, beckoning audiences to consider how roles are cast throughout history and today.

Men on Boats runs Thurs–Sat., Oct. 4–13, in the Dumke Black Box Theatre located inside the Jewett Center for the Performing Arts at Westminster College, 1840 S. 1300 East. Tickets are $12 and available at Westminster Theatre Presents. 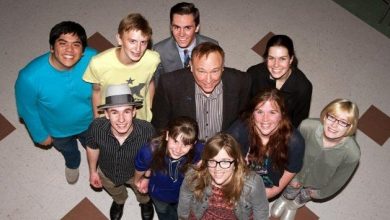