In a statement released Oct. 6, Sharon McGowan, Lambda Legal chief strategy officer and legal director, wrote (in part): “The United States Senate’s vote to confirm Brett Kavanaugh to the Supreme Court is the culmination of a profoundly flawed nomination process the likes of which we have never seen in this nation’s history. While thoroughly frustrated and outraged, we are not surprised by this outcome, which is yet another example of the lengths to which this Republican-controlled Senate is prepared to go to pack the courts with ideological extremists who will promote the ‘values’ of the Trump-Pence administration.

“In their haste to shift the Supreme Court to the far right, Senate Republicans abused their power by shielding this nominee’s record from public scrutiny, and by manipulating the process to ensure that deeply troubling questions about his character and integrity would be left unanswered. This deliberate campaign of concealment by Senate Republicans circumvented any meaningful public discussion about how Brett Kavanaugh’s confirmation would undermine important protections for LGBT people, women, people of color, people living with disabilities or pre-existing conditions, and workers. Even without this evidence, Brett Kavanaugh revealed himself as a right-wing political operative completely lacking in judicial temperament. His confirmation will undermine the legitimacy of the Supreme Court for as long as he serves.”

USA Today reports a record number of municipalities — 78 — earned perfect scores for advancing LGBTQ-inclusive policies in 2018, according to a report by the Human Rights Campaign Foundation and the Equality Federation Institute. However, Utah ranked slightly below average.

The Municipal Equality Index recently rated 506 cities on inclusive protections and policies. Utah cities included in the index are Logan, Ogden, Orem, Park City, Provo, Salt Lake City, West Jordan, and West Valley City. Not surprisingly, SLC ranked highest in the state with an index score of 66 out of 100. Ogden ranked second at 56 and Provo third with 48. Orem fell way short at 20. Overall, Utah’s score came in below average, at 43.9, based on nondiscrimination laws, workforce policies, municipal services, law enforcement, and relationship with the LGBT community.

Utah Pride Center has sold their building – moving in 12 months 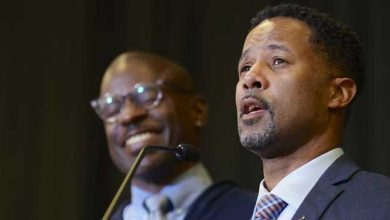 Syphilis infection rate up in Utah