When it comes to HIV disclosure, it’s time to stop involving the police.

When I see films or documentaries about the early days of the AIDS epidemic that focus on the lives and relationships of gay men, I know a lot of people taking care of one another. In many cases, one partner might find out he’s HIV-positive, the other partner finds out his status, and the two stay together, and one takes care of the other until one or both meet the unfortunate fate of death.

I’m sure it also happened to many men who were brave enough to disclose their status at a time where there weren’t available treatments to keep them alive, and were deserted by their lovers and left to family and friends to care for them until they died.

But in neither scenario do I recall seeing images of a man, upon learning of his partner’s HIV status, sneaking quietly into another room, and dialing 911 to report they may have been exposed to the virus.

And yet, that is happening. And I’d ask all gay men reading this to please stop.

There are laws that criminalize the lack of disclosing one’s HIV status to sexual partners in about 34 states. Some make the act of “exposing” someone to HIV a felony. And some make the act of not disclosing one’s status to sexual partners a crime. Now, we can debate the fact that “exposing” someone to HIV is often based on ideas regarding transmission that are 30 years old and no longer relevant. Spitting doesn’t transmit HIV, for example. And we also know if a person is on antiretroviral therapy and the virus is suppressed, they cannot transfer the virus through sexual contact — even if it’s sex without a condom (what we call Undetectable=Untransmittable or U=U).

While it’s important that we know the latest information about HIV transmission, it still shouldn’t matter. No gay or bisexual men, as maligned as we still are in the world, should ever think the best solution to deal with HIV — whether or not you contract the virus — is to use the police and the specter of a prison sentence.

I’ve been working on issues of HIV criminalization for about 10 years. And in the last few years, I’ve given support to two particular cases where gay men have opted to bring down the force of punitive police and prison onto people they say didn’t disclose they were HIV positive, even if they didn’t contract HIV.

Michael Johnson is a young black gay man in Missouri, currently serving a 10-year sentence for exposing several sex partners to HIV, only one of whom contracted HIV, and whether or not he disclosed his status is something only the people involved know. But the person who called the police and who is HIV-positive says he contracted HIV from Johnson but doesn’t say the sex was coerced, or anything approaching assault. It was consensual.

More recently, 24-year-old Sanjay Johnson faces trial in Arkansas for disclosing his status after having sex with another man. There is documented evidence that Johnson was, in fact, virally suppressed at the time of their sexual encounter, and the other person in question told TheBody.com that he tested positive just weeks later, and was concurrently given an AIDS diagnosis, which suggests he may have also been HIV-positive at the time he had sex with Johnson, but didn’t know. The accuser also indicates that when he called the police, he didn’t realize they would charge Johnson with a felony.

I’m a Black gay man approaching my 44th birthday. I straddle the generations of men who literally lost dozens, if not hundreds, of friends and lovers, and those who are coming of age when great treatments suppress the virus to make condomless sex of no risk for HIV transmission; as well as PrEP — an option other than condoms to prevent HIV for those who are HIV-negative.

I’m on PrEP and chose to use it several years ago so I could take HIV prevention into my own hands, and not leave it to guess whether someone is HIV-positive or negative. And I also am open to dating or having sex with men who are HIV-positive (and already have). But I don’t need someone to disclose their status for me to make decisions about my own body.

But I’m disheartened by the fact that people harbor a fear of one another that they think calling the police on someone for their health status makes them safe. Police and prisons do not bring about safety. Access to quality health care that is affordable is safety. Housing, drug treatment, and harm reduction is safety. And having the love and support of other men, as friends, as lovers, as a community, is what will make us safe, and heal us all of the specter and the stigma of HIV, whether HIV-positive or negative.

Kenyon Farrow is the senior editor of TheBody.com and TheBodyPRO.com. Follow Kenyon on Twitter @kenyonfarrow. This column is a project of Plus, Positively Aware, POZ, TheBody.com and Q Syndicate, the LGBTQ wire service. Visit their websites at http://hivplusmag.com, http://positivelyaware.com, http://poz.com, and http://thebody.com for the latest updates on HIV/AIDS. 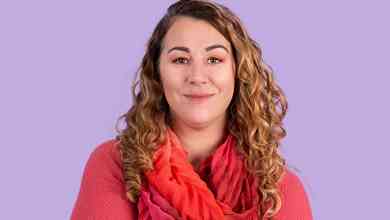 I Had to Get Past the Stigma of Having HIV. Then I Had to Do the Same for Mental Illness.