Will Rosie leave audiences riveted on The Talk?

Well, Julie Chen is, of course, out at The Talk thanks to horrible husband troubles. But who’ll take over for her? It seems like every woman in Hollywood in need of work (aka most of them) hungers for her shot, but it’s looking more and more — and possibly even a done deal by the time you read this — like venerable daytime talk diva Rosie O’Donnell is primed to warm up that chair.

She recently guest hosted and that’s clearly an “audition” of sorts, and historically she’s a verifiable rating boost because you never know what she’ll say or with whom she’ll enter a verbal showdown (and we love her for that), so this looks like a win-win. Some of you may miss her ’90s “Queen of Nice,” but in these times of social and political strife, we’re looking for a Battle Lesbian who’ll come in, kick ass, and take names. That’s Rosie.

Janelle and Tessa cute up Lady and the Tramp

Disney’s Lady and the Tramp remake is in production, and this good news made us bark for joy. Hidden Figures and Moonlight star Janelle Monáe will voice the role of Peg, the dog pound-bound friend of Lady, who is being played by Monae’s close friend Tessa Thompson (Thor: Ragnarok). Both women came out as queer fairly recently and oh, how we ship them so hard to be more than just friends, but we’ll settle for them being canine besties in Disney’s upcoming remake.

Peg, as you may remember, is the dog who sang “He’s a Tramp,” and in the 1955 original she was the doggie incarnation of sultry-voiced singer Peggy Lee, so we’re excited to see what Monae does with the part. Meanwhile, Justin Theroux is the voice of Tramp, and the supporting voice cast includes Thomas Mann, Kiersey Clemons, Benedict Wong, Ashley Jensen, and Yvette Nicole Brown. Look for this one to help launch Disney’s home streaming service sometime near Christmas of 2019.

It seems like moments ago that Heidi Klum and Tim Gunn jumped the Project Runway ship for their new unnamed Amazon fashion series. But Bravo decided there’s still juice to be squeezed from the formerly popular reality competition, and aims to re-launch the show (taking it back from its current Lifetime network) with model Karlie Kloss and Runway alum (as well as Season 4 winner) Christian Siriano as host and mentor, respectively. To return are judge Nina Garcia, designer Brandon Maxwell, and former Teen Vogue editor-in-chief Elaine Welteroth. If it all goes well, as fans of the early Siriano days, fresh blood could rekindle the original magic. But if the recent nonstarting American Idol reboot is any indication of audience demand, there may be cause for concern about who asked for it.

Doom Patrol has its last major cast member in place. Billed to play Negative Man is Matt Bomer, opposite Brendan Fraser’s Robotman, in the upcoming DC Comics live-action drama from Greg Berlanti about a group of X-Menesque misfit superheroes. But in case you think this is some copycat action, understand that Doom Patrol has been around for more than 50 years, taking on oddball villains and going on bizarre adventures in comic book form. Once the show goes into full production, the final product will be part of the DC Universe digital platform.

Meanwhile, coming to movie theaters is Academy Award nominee Rosie Perez as lesbian character Renee Montoya opposite Margot Robbie’s Harley Quinn in Birds of Prey. Perez’s character is a detective who trades in her badge for a costumed identity as The Question and joining on screen are Jurnee Smollett-Bell as Black Canary, and Mary Elizabeth Winstead as Huntress. Have you guessed that this one is about an all-female world of heroes and villains? Well, it is, and it’s what happens when enough people buy tickets to Wonder Woman and money begins to talk. Look for it to land in theaters in early 2020. 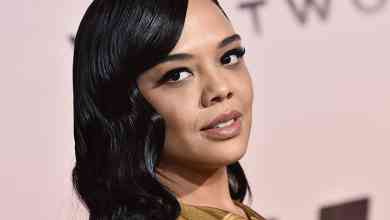 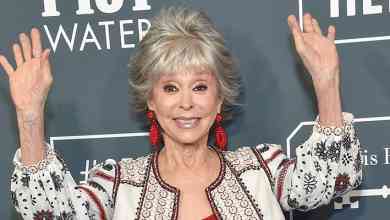