We told you a while back that Good Trouble was coming. It’s the spinoff of The Fosters that follows Callie (Maia Mitchell) and Mariana (Cierra Ramirez) as they move to Los Angeles and get into grown-up situations. Well now there’s a debut date: Jan. 8, 2019, on Freeform, so you can arrange your calendar.

Crazy Rich Asians director Jon M. Chu executive produced and directed the pilot. The LGBTQ team of Peter Paige (Queer as Folk), Joanna Johnson, and Bradley Bredeweg return as co-creators and showrunners. And yes, to answer your most burning question, pop culture “It Boy” Noah Centineo will resume his role as Jesus. Mostly, though, we’re happy that this adorable fictional family gets to live on in a new show because we want to grow old with them. If Netflix can bring back Gilmore Girls for however many updates, then the TV gods can make this happen, too.

Rent to rock your TV

Hey, Rent-heads, it’s time for your next shot of musical-theater adrenaline. That show you love with all your being resurrects for another, quite brief, revival, when Fox does the live-musical-on-TV thing with it on Sunday, Jan. 27, 2019. If you’re still unaware about what is Rent, the smash ’90s Tony Award- and Pulitzer Prize-winning musical is based on La Boheme and revolves around a group of artists, many of them queer, in desperate financial, emotional and physical conditions in pre-gentrification New York.

For this version a new young cast has been assembled, and includes Kiersey Clemons (Hearts Beat Loud), Brandon Victor Dixon (Hamilton), Jordan Fisher (The Secret Life of the American Teenager), Vanessa Hudgens (Grease: Live), singers Mario (Empire) and Tinashe (you know, from the song “2 On”), RuPaul’s Drag Race alum Valentina, and Keala Settle, who played the bearded lady in The Greatest Showman. Now that’s a strong cast of voices, and we’re glad we don’t have to wait 525,600 minutes to see them do their thing.

Miguel Arteta, director of last year’s Beatriz at Dinner, about a Mexican woman accidentally finding herself sitting down with a group of unpleasant rich people for an evening, clearly doesn’t mind when comedy gets tense (his early film Chuck and Buck is one of the most unnerving and oddly funny queer films of the past 20 years). Arteta’s latest, Limited Partners, looks like it might have something in common with those films. It’s the story of two close friends and business partners, played by Tiffany Haddish and Rose Byrne, whose contrasting personalities make for a strong personal and business connection. But when the company they built is on the table for a huge buyout, they realize their opposing values might tear them and the business apart.

Along for this ride are Salma Hayek, Ari Graynor (The Disaster Artist), and our favorite Pose emcee, Billy Porter. We’re told that the film is like Bridesmaids, but sometimes we think studio people and publicists just say that any movie starring women is like Bridesmaids, so since nobody appears to be getting married in this one we’re going to hope that what really happens is that two interesting women resist the capitalist domination of their friendship.

We can’t wait for Shrill

We still mourn the loss of the very unusual, very bold Dietland. That canceled series was about a fat woman who learns to take control of her body — not by dieting, but by joining a female terrorist organization that eradicates toxic men. We assume no terrorism takes place in Shrill, Hulu’s upcoming series based on the book by Lindy West. Saturday Night Live’s Aidy Bryant stars as a fat woman who’s already in control of her body because she doesn’t feel like changing it for anyone. Instead, she wants to make it as a journalist while juggling annoying boyfriends and sick parents and the opinions of a world that constantly reminds fat people that their weight means there’s something wrong with them.

This is thrilling for a few reasons; Bryant is a semi-stealth MVP on SNL, Julia Sweeney, another underrated SNL vet, will play her mother, and our beloved Hedwig, John Cameron Mitchell, will play her boss. Mostly, though, it’s the source material that’s got us wanting to watch it right now because Lindy West’s book is a hilarious shining light in a dark time and she deserves to be at least a household name, and possibly the next president.

Romeo San Vicente thinks nobody should have to change their body, but that everyone should be into his. 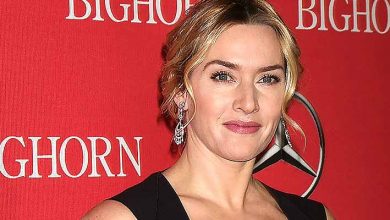