Mark Chambers, who owns Under the Eaves Bed and Breakfast in Springdale with his husband Joe Pitti, lost in his bid to replace Utah Sen. Evan Vickers. Chambers received 21 percent of the vote to Vickers’ 79. The Southern Utah district covers parts of Iron, Beaver, and Washington counties. Vickers has been in the Utah Legislature since he was elected to the Utah House of Representatives in 2009 and then the Utah Senate in 2013.

In July, Chambers told the St. George Spectrum there needs to be less stigma about being a Democrat.

“I’ve got to tell you,” he said, “it’s easier to run as an openly gay man than to run as a Democrat.”

Vickers told the Spectrum, “[Chambers] was every bit the gentleman … He was very cordial and accommodating. Every time we got together I enjoyed the interaction. We had a very above-board election process.”

Chambers posted a concession on his campaign’s Facebook page.

“Wow, thank you!” he wrote. “Although I won’t be headed to the legislature this has been one of the best experiences of my life. I have met so many incredible people and have hope in our future. Action does help!”

“Love you all, let’s catch our breath, pause, regroup, and then keep pushing hope along as we take care of each other, he continued. 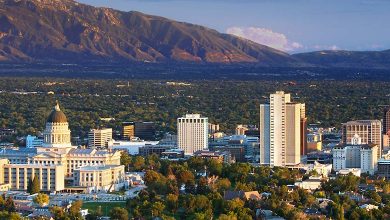