The Girl in the Spider’s Web actress Claire Foy on objecting to a lesbian sex scene and being bi in Unsane.

Foy’s latest big-screen turn follows two other memorable lead roles this year, in Steven Soderbergh’s unnerving thriller Unsane and the Neil Armstrong (portrayed by Ryan Gosling) biopic First Man, starring as his wife, Janet Armstrong. On the small screen, the 34-year-old actress took the throne as Queen Elizabeth II for two seasons of Netflix’s The Crown, which garnered her an Emmy and a Golden Globe in the best actress categories.

Queer Eye star Jonathan Van Ness stepped in when you and your two guests couldn’t get into the Governors Ball after the Emmys this year. In life, do gay men tend to have your back?
(Laughs giddily) Best question I’ve ever been asked – ever! We can’t get better than that. I don’t know! I mean, I would hate to speak for all gay men; I think that’s something you’d have to ask all gay men. There are several of them in my life who I feel have my back, which is lovely. And I have theirs.

Do you cry while watching Queer Eye like the rest of us?
Oh my god, it’s sort of like watching — have you ever watched One Born Every Minute where you watch someone give birth? It’s like watching that, because every time you watch it, you start going, “I’ll be fine with this one, this one’s fine, there’s nothing that’s gonna get me here,” and then ultimately, by the end, you’re weeping.

If we’re being honest, sometimes I watch Queer Eye just to weep.
(Laughs) It’s a cathartic thing to do!

Your encounter with Jonathan strongly suggests that you may have attracted a fierce LGBTQ following over the years. How aware are you of your gay and lesbian following?
I wish I was more aware of it! I think I’ve never particularly noticed someone who identifies themselves in any particular group as being someone who’s watched a particular show that I’ve done. I feel very lucky, especially with The Crown, that it has such a broad appeal and that’s something that I am amazed by, that a TV program could be watched by so many different people. It’s quite a unifying thing, I think. Very rare nowadays. But I must say, I think the Queen holds a special part in quite a lot of people’s hearts, and so it’s interesting to see who kind of has been interested in me because I played her.

It can’t hurt that The Crown portrayed Lord Snowdon as bisexual.
Oh yeah. Well, I think there’s so much honesty (on that show) about people’s sexuality that I think is really important. That’s how I feel about Lisbeth. I think her pansexuality — I loved that she had such an open attitude, not only to her own sexuality but to everybody else’s, a kind of non-judgment (and an) understanding that there should be no judgment about people’s sexuality or what they identify themselves as. There should be more protagonists who have that message. It’s very important.

In the BBC’s The Night Watch, you played Helen, who gets involved in a Sapphic love triangle but identifies as sexually fluid.
Do you gravitate toward characters who choose not to label their sexuality, or is that just a coincidence? I think… no. As much as I’m interested in exploring those sides of myself I’m also interested in exploring those sides of other people. It’s what it means to be human. People’s sexuality, their sensuality, is something that I think there’s a lot of shame about in every walk of life; it’s something that’s weirdly not talked about, and I think people are not allowed to explore and express themselves and be open and be honest about what it means to be them, and that obviously includes your sexuality. I think it’s just really important to investigate that.

Have you questioned your own sexual identity?
Especially nowadays, I do find the idea of people being prescriptive about sexuality and defining themselves by it… that’s why I found Lisbeth so fascinating. She sort of takes it for granted, that her freedom is expressed in that way. Why should she have to evaluate it in that way? I think that is something that I find really admirable and definitely like to encourage more in myself. That openness and that ability to allow yourself the freedom to explore everything that is out there and everything life has to offer.

Our current political climate, where we have an administration attacking people who are not heterosexual males, seems like a good time for Lisbeth to resurface.
I just think that’s crazy. The beauty of humanity is that we’re diverse and interesting and all different shapes, sizes, colors – everything. (Diversity) should just be applauded and amazed and accepted and worshiped and adored. I don’t think the world becoming smaller is the biggest danger that we face.

Besides Helen and Lisbeth, have you played other LGBTQ roles?
I always thought my character Sawyer Valentine in Unsane was bisexual. I just did. I felt she was a very modern, young woman, and I think there’s an openness with this generation that definitely wasn’t around when I was younger. A kind of openness and understanding about sexuality and how it can be open in that way, that didn’t really exist when I was in school, so I think Sawyer probably grew up slightly with a bit more of that mentality.

For Night Watch, you said your kissing scenes with your female co-stars, Anna Maxwell Martin, and Anna Wilson-Jones, were preferable to kissing scenes you’ve had with male actors.
(Laughs) Yes…

All these years later, is that still true even after co-starring alongside Ryan Gosling?
(Laughs boisterously). I mean, male or female, I’ve been very, very lucky in who I’ve had love affairs with onscreen. Just, when you’re with another woman there’s an ease and an understanding and a respect and an openness that is just a natural way of being. It’s a dynamic that happens; it’s just easier to be more open when you’re with a woman, in general, for me. So it’s much easier to have those conversations of going, “Oh god, this is really weird, sorry about that.” “Did I do anything weird with my mouth in that kiss? I’m really sorry.” You can be more honest about it, I suppose. And that’s not a gender thing. I’ve definitely done scenes with male actors where it’s not felt open but it’s felt that you can laugh about it and be silly about it and take it for what it is — which is pretty silly. It’s a pretty odd, strange thing to do, to kiss someone in front of 250 people.

In Spider’s Web, you wake up in bed next to Sofia, played by trans model and actress Andreja Pejić. Sex isn’t depicted but suggested. What kind of talk was there regarding how intimate Lisbeth should be onscreen with other women in the film?
There was a sex scene originally at the beginning of the movie.

The very beginning, right out of the gate.
Yeah, exactly. And that’s why I questioned it. I said, “What is the purpose of this? What are you trying to tell the audience with this sex scene? Are you trying to say that she’s a pansexual woman and here she is having sex with a woman and this is an important part of her character?” And I said, “Or is it titillation?”

Right, to indulge the male gaze.
Exactly. Lesbian relationships in movies are often used not as truthful depictions of two women making love with one another; they’re often (done) as a way of titillating the male and appealing to men. And so I asked pretty openly and bluntly (laughs): “How would you shoot it? Why is it necessary here? What are you trying to say?” “If we do this, it’s gonna be as raw and honest and truthful to the actual experience. I’m not doing anything that’s gonna be because it looks cool; it has to be really real.”

And I think when we had that conversation it sort of made (Fede) realize (the) purpose of this. You can communicate the relationship that two people have to one another without having to have a sex scene. I think that as an audience member I don’t particularly enjoy watching sex scenes. Isn’t like I watch them and go, “Oh, great!” I just think, “Oh god, let it be over.”

And watching it in a theater with 300 other people…
Yeah, exactly. I think passion is such an important part of a love drama. I think it needs to be there. People have sex, therefore sex scenes need to be portrayed in films. But I do think it needs to be portrayed for a reason. There has to be a dynamic that’s interesting, and it needs to be not just at the opening of a film – two women having sex with each other for no real purpose, just to say, “Oh, by the way, she has relationships with men and women!” And so Fede was like, “I’ve thought about it and I think, actually, we don’t need it. I think it sends the wrong message.”

Claire, that suitcase looked packed, though.
Come on, we could get a couple more in there. (Laughs) 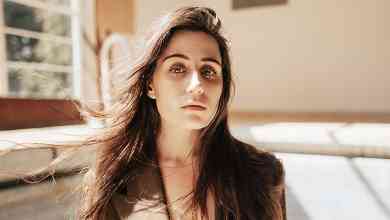 My 11 Minutes with Dolly Parton

Allison Williams Knows What She Has to Do 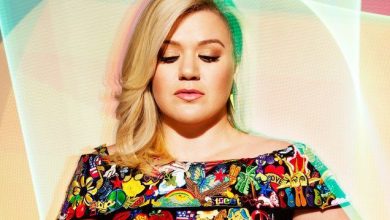