by Eve Kucharski, originally published at Between The Lines

As stressful as coming out to one’s family can be, it’s an important step in the lives of all LGBTQ people who want to live open lives. In ideal circumstances, the change in the family dynamic is positive, and serves to bring family together. But even with positive results, it’s not guaranteed that everyone will arrive at full acceptance at the same time. In the case of Utah mom Lisa Dame, she had years to come to terms with the fact that her daughter is a lesbian.

“Not everyone can be there, boom, day one,” Dame said. “And I’ve told gay kids, too, ‘Allow people to evolve and to grow and to change.’ (With) my daughter it was different because I thought she was probably a lesbian when she was young.”

So by the time she came out to her in her late 20s, Dame could immediately be supportive. That was roughly five years ago. It was also around that time that Dame also met other women whose children had come out to them and who were struggling in various ways with the news.

“It started with Mormon Moms and they found each other through some different Facebook groups and they realized that each of them had an LGBTQ kid. There were nine of them, and they started just messaging each other late at night talking about being Mormon, having an LGBTQ kid and then the Facebook group formed from there,” Dame said.

One of those moms reached out to Dame after seeing a status she had posted. Dame was invited to a group they had formed called Mama Dragons. That group still exists today and is no longer strictly Mormon Mother-specific. Its goal is simple: to provide support, resources, and knowledge for the moms of LGBTQ kids.

“The name came from one of the moms,” Dame said. “She said that she always felt like a mama bear, but when her child came out to her as gay that she felt like she needed to be much more than a bear; she needed to be a dragon with claws and fire breath and hard scales to protect her kid.”

Before Dame knew it, the group had 150 people and today registers at over 2,000 across the nation. Today, it’s a 501(c)(3) organization and Dame works on its board and public relations team. As much as it has grown over the years, Mama Dragons is still a closed Facebook group. Any mother with an LGBTQ child is welcomed to ask for admittance into the group but they must go through a lengthy vetting process before being given access.

“You search on Facebook for ‘Mama Dragons Closed Group,’ request to join, (applicants are) given some questions just to vet a little bit before and then they are contacted by a member of our vetting team and asked more specific things. That’s just so we can keep the group safe and on point,” Dame said. “We are keeping this to mothers. There’s other online groups you can join, but it’s very important to keep this to mothers because it’s just a different dynamic. It just is.”

When asked why she feels the mother-specific group appealed to so many people, Dame recalled a time when she met a few of the group’s mothers in person. She said that, for her, it was the overwhelming sense of camaraderie that appealed to her the most.

“I just remember the feeling. I was so excited to go and walk into this room with these women I just knew we were going to be my friends and they understood my journey and they understood what I was going through,” Dame said. “We just sat down and right away they said, ‘Tell me about your child. Tell me about coming out.’ It was the first time I had the opportunity to talk to other women about my child coming out, about how ever since she was a little girl I thought she was a lesbian and what did I do with that. I’d been so silent for her whole life and never had anyone to talk to about it (before).”

That was the case for a Michigan mom, too. Rhaea Miller of Tecumseh said she happened upon the group while reading a newspaper. She said that before she heard about Mama Dragons, she wasn’t sure where to turn for support.

“Personally I had been struggling a little bit in finding a group of people to talk to, because my son had come out to us when he was 15/16 years old and I was having a hard time finding a support group,” Miller said. “Because I didn’t necessarily want to be an activist, I don’t necessarily want to be working for rights, I’m just trying to figure out how to raise my kid.”

Miller said that part of the reason she found herself looking for support was that unlike Dame, she was completely surprised by her son when he came out.

“He dated girls and had great taste in girls, but I just learned that he was struggling with trying to come to terms with things he was feeling. Initially, he did come out as bi rather than gay. He pulled out (the Kinsey Scale) chart and said, ‘I’m thinking that I’m somewhere in the middle here.’ I think what may have happened is that he met a boy at school who was also struggling the way he was and they also bonded and then ultimately they started communicating. He said that he just felt more comfortable.”

Miller said that even though she was always supportive of her son, after more than a year involved with Mama Dragons she’s had help to re-evaluate her initial reaction to his coming out and has been able to restructure her approach to introducing her family to LGBTQ issues. For instance, she’s still grappling to a degree with how to talk to her younger children about her son’s sexuality should they ask.

“These are the things that as a parent, I don’t know what to do, but the Mama Dragons group has been a place to go to ask questions to others who have had similar experiences. If you don’t know what you’re doing it’s good to ask other people,” Miller said, adding that the last thing she wants is for her son is for him to be ashamed of his identity. “I’m more proud of my son now for being who he is than I ever thought possible and he’s a good kid. There’s so many things he could be doing as a 17-year-old that would be much harder to miss, so if this is it, we’re OK with it. And at least now he knows who he is and he can be happy with being himself.”

Miller said that it’s perhaps because the group’s vetting process to include only those who want to support their children that she’s been able to be so open about her personal struggles and the struggles of her family. She said she hasn’t seen any of the internet-based hate or judgment that commonly shows up on social media platforms either.

“In other communities, there are a lot of people that get on there and hide behind their screens and just go crazy on each other and there just isn’t that in this group,” Miller said. “I have not seen people argue, I have not seen people insult. … We’re all just trying to help them make it through to be healthy adults with good relationships and ultimately the LGBT we just want to make sure that our kids are happy.”

To find out more about Mama Dragons visit their Facebook page at gaybe.am/ldor go online to mamadragons.org.

About the author: Writing became my life when I enrolled at Michigan State University’s journalism program. In May 2017, I earned my bachelor’s degree in journalism with a concentration in electronic news media. I am thrilled to be working as an editorial assistant at Between The Lines. 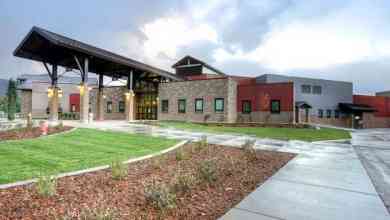