You know, even though our country seems more divided than ever before, at least we can count on our elected leaders to respect the system of government that we’ve created and have been trying to get right for 240 some years. Key word is “trying” here.

The United States actually has an ambitious system of governance that is based on admirable ideals. Unfortunately, we have yet to really live up to those ideals. There’s a lot of work to do! Thankfully, elected leaders, regardless of party, care deeply about democracy.

LOL. Just kidding, Republicans DGAF and they are the worst. Oh, was that hyper-partisan? TFB.

While there are examples of Republicans trashing the will of the people across the country, a good example of their disregard for what voters want is happening in Michigan where Democrats, all women, won all three top races for the first time in 28 years and will be replacing the Republicans currently in office.

And Republicans, who will retain control of both the state House and Senate, are losing their minds, acting like Michigan’s psychotic ex-boyfriend complete with a dangerous “if we can’t have her, no one will” mindset.

And so Michigan Republicans are rushing through bills that would weaken the powers of Whitmer, Nessel and Benson before they even take office. The GOP is also gutting the minimum wage and paid sick leave bills they passed (and they only passed them to keep those issues off of the November ballot) and attempting to gut the anti-gerrymandering and pro-voting ballot measures that passed with wide margins.

According to The Atlantic, “These fights capture the virtual collapse, especially in the Republican Party, of the informal constraints that established boundaries in political combat.”

In other words, Republicans are on a rampage to get what they want at any cost, even at the expense of governance itself.

“It’s a slap in the face to the voters,” Rep. Christine Greig, a Democrat, told the Daily Beast. “We had record turnout in the election. People were taking their government back, and they were so proud of it.”

But Republicans apparently forgot that the government belongs to the people of Michigan, not to them.

And speaking of proud, Dana Nessel is the first out and proud lesbian to hold statewide office in Michigan. Republicans are seeking to override the Attorney General’s office should Nessel decide not to defend some of the GOP’s most shameful policies, including a law that allows religious adoption agencies to discriminate against same-sex couples.

It was, in fact, Nessel who took on the anti-gay marriage and adoption ban in Michigan, a ban that the current Attorney General Bill Schuette (who ran for governor and lost to Whitmer) spent thousands and thousands of dollars defending. The case was eventually combined with other similar cases across the country and ended up at the Supreme Court where same-sex couples finally won the right to marry.

Nessel is against things that Republicans love, like pollution, and also for things Republicans hate, like civil rights.

We are in the midst of what is known as the “lameduck” period, where the folks who were elected wait to take office while those about to leave office have a small window of time to get last minute things done, and Republicans are choosing to trash the place on their way out the door.

As Michael Tomasky writes for the Daily Beast, “Lame-duck legislatures … do not exist to invalidate choices the voters just made. That isn’t democracy. That’s anti-democracy.”

Of course, one need only look at the pathological liar and Tweeting man-baby currently in the White House to see how much Republicans respect democratic norms.

Will Gov. Rick Snyder sign these bills when they come across his desk? I don’t know, but we’re talking about a man who oversaw the poisoning of an entire predominantly Black city and suffered no real consequences, so he’s not exactly someone I trust to do the right thing.

Have Democrats ever done unseemly things during lame duck? Yes. But the dismantling of norms and disregard for democracy is being accelerated by Republicans at all levels of government. America needs to leave the Republicans for good and get a restraining order while we’re at it. 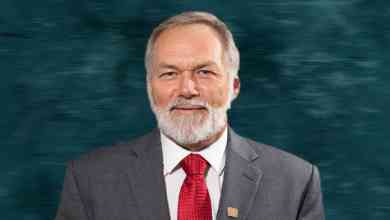 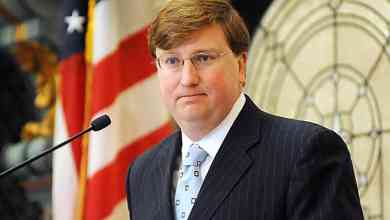