‘The Favourite’ actor reflects on his gay roles – and chats Beyoncé, wigs and Hollywood inclusion

Someday, if we’re lucky, we might get a full performance of Nicholas Hoult in a fluffy wig, his cheeks powdered and painted pink, with heeled feet, all the while vivaciously lipping Beyoncé’s “Hold Up.” Give the people what they want, I say.

And for 13 gloriously gay seconds in November on his Insta he did. Without even having to ask for it, we were blessed by Hoult and his perky brows serving Bey realness. “I wasn’t prepared to see this on my feed,” one commenter wrote. Actor James McAvoy couldn’t resist chiming in: “When I grow up…I want to be inside your wig.”

Hoult loves Beyoncé, which makes him seem a lot like you and me (the choppy international cell reception when he calls me in America from the U.K. further cultivates his everymanness). And wigs? He must love them enough to wear three of them in his new film The Favourite, all of which were given divine lady names: Babs, Lulu and Hattie. The role isn’t gay in any obvious way, but because the 18th century is long over and men’s hair has deflated considerably in the 300 years since and he wears heels, this could arguably pass as the 29-year-old Brit’s closest encounter to drag yet.

Flawless is the only way Beyoncé could possibly describe his performance in The Favourite, and she must have loved his tender heart in Tom Ford’s 2009 film A Single Man, portraying Colin Firth’s maybe-gay lifeline, Kenny; of course she wanted to pinch his chubby pre-teen cheeks in 2002’s About a Boy (who didn’t?); and no way Bey didn’t appreciate the queer allegory of 2013’s zombie rom-com Warm Bodies.

Given how deliciously cheeky he is in director Yorgos Lanthimos’ The Favourite as the foppish Robert Harley, an earl who frolics around Queen Anne’s royal court as Anne (Olivia Colman) becomes the object of two women’s (Emma Stone and Rachel Weisz) ruthless affection, wigs will be snatched.

As great as you are in The Favourite, perhaps your best performance to date was posted to Instagram on November 21: a Beyoncé lip-sync.
(Laughs) Thank you. Yes, it was. A fine moment. I actually did that the year before but I had to wait until the movie was out to release it. Yeah, that was in my trailer before I got onto set.

And you picked Beyoncé’s “Hold Up” as your song? That was all you?
Yes, yes, it was all me. We released one behind-the-scenes of X-Men, dancing and stuff a couple of years ago, and then there’s this one. That Beyoncé song is how I felt, so I got into this character’s makeup and costume. (Laughs)

Is Beyoncé your gay icon?
(Laughs) She’s the Queen Bey. I went to her tour. She was phenomenal.

I wish I could move like that.
Don’t we all.

Are you already planning your next lip-sync?
(Laughs) Yeah, I’ve got a whole back catalog, so it’s just in terms of when they’re released.

Now, The Favourite: Harley has been described as “effeminate.” Is that what you were going for?
I don’t think so. Because of the fashion of the era, the guys at that time were in the era of makeup and wigs and high heels and canes and lots of frills. But the character seemed quite manipulative and dry and, pathetically, a bit of a bully, and kind of playing a chess game with the other characters within the court.

Considering the costume, do you have a greater appreciation for what drag queens have to go through?
I guess so – just anybody who has to wear high heels. I know the pain of wearing those now.

One of your wigs was named Barbara, Babs for short. Which one was she?
Babs was the main wig, and the larger of Harley’s personalities. She was the white, curly wig with two horns on top. She was the most delicious wig. Hattie was the more serious, white frilly wig, and then Lulu was the rambunctious, red wig.

Something tells me you’ve seen a drag queen or two in your lifetime – or have maybe watched some RuPaul’s Drag Race?
You know what, I haven’t seen it before. I’ve gotta tune into it at some point because I’ve got everyone telling me it’s a good one, so I will watch that. Maybe I could be a judge on it or something sometime.

I think you’ve already auditioned. It’s this movie.
Exactly, I’ll send it in. That’s why I did it.

When were you first aware of the LGBTQ audience?
I don’t really see any audience as different, particularly, to be honest with you. I’m just telling stories that I like and then playing characters that I’m interested in. When I’m making things I’m not picking depending on the audience, but that’s really nice of you to say that I’ve got that following. That’s lovely. I guess that would go back to Skins or A Single Man, perhaps.

You played Tony Stonem in BBC’s British teen drama Skins, which ran from 2007-2013. How do you reflect on shooting that brief fling you had with Mitch Hewer’s Maxxie?
I thought he was such an odd character to play at times. There were some similarities between him and Harley, I guess. He’s a fascinating character, a tricky one, and he’s a lot of fun to play. A nice change from what I’d been doing up until that point, work-wise.

How so?
Everything up until that point was fairly, perhaps, “nerdy guy” and this was someone who was quite alpha in his personality and traits and how he fit into that group.

How do you reflect on portraying Kenny in A Single Man?
That role was beautiful to shoot because Tom Ford is a brilliant director. Working with Colin and doing those scenes … it was just really beautifully written. And Tom’s understanding of each character. So, it was a great feeling to be in that world.

Did you notice more acknowledgement from the LGBTQ community after it was released?
Yeah, I think so. For me, it’s always that thing that telling stories gotta be from the moment, and that story is so heartbreaking in terms of the romance of it and the love of it. I think a lot of people can relate to that and the difficulties, and the world has changed to the positive in terms of that. But again, I do the work and then it goes off and lives its own life.

You never revisit these roles?
No, I never go back and revisit, to be honest with you. Even you mentioning these things now, it’s difficult for me to drudge up the memories because I kind of take what I’m focusing on in that present moment, or planning the next one. But it’s nice to reflect occasionally.

How have the gay and queer roles you’ve played spoken to you?
Both of those roles they were exploring, definitely. And fighting for a place, I’d say. They were lonely and felt displaced and they didn’t have a community, or they felt misunderstood. With those characters – well, not Tony, but certainly for Kenny in A Single Man. And Tony, it’s much different; he kind of has more power.

How does your character Mark, who’s gay, in the 2009 West End production of New Boy compare?
He was a different character because he was younger and he couldn’t understand his own feelings, and that made him funny but also someone who would be quite venomous, occasionally. And yeah, that character was at the turning point of discovering his sexuality.

Does playing a gay role come with a different sense of responsibility for you?
No, I feel responsible for every character, regardless. When (I’m) playing real characters, I feel more of a responsibility, but otherwise no.

Of those roles, is one more significant to you than the others?
No, I don’t think so. They all mesh somewhat, I would say. You’re inhabiting these characters and their feelings as best as possible for that time, so each one is significant at that time.

After A Single Man, did an influx of gay roles come your way?
Not necessarily. I get sent quite varied things anyway because of the variety I’ve tried to play, so it varies hugely. I don’t think I saw an increase at that point, no; but perhaps an increase in roles in terms of stories being told that are more inclusive. You see more and more stories, and that’s just a sign not necessarily of me having done that but more the times – that things are changing, and it’s becoming represented better.

The Favourite is being celebrated for being so queer-inclusive. When you’re a part of a project that means something to a particular group of underrepresented people, does that feel different for you than doing something more mainstream like, say, X-Men?
It’s like, you just see them as characters, as people and very good actresses. People keep mentioning that (it’s queer) or that it has female leads and it’s kind of surprising and disconcerting that it’s even a conversation as this point. It’s almost like we should have – I mean, it’s great that the conversation is happening and that these movies are getting made more and more, but it should be up to the point where it’s completely normal and it’s not even something that people have to keep feeling is unusual.

Are you encouraged to be part of the movement by seeking out roles that may push that movement forward?
Obviously you want to be part of things that are relevant, if possible, but mostly you just want to tell good stories. You can’t always determine the effect that something is going to have or the place it’s gonna fill when the end-product comes out. You just try to work with the right people and tell stories you find interesting.

If you were caught in a gay love triangle with a king and his longtime secret lover and his secret lover’s cousin, who’d be playing the other roles?
It’d be people I look up to acting-wise: It’d be Christian Bale and Joaquin Phoenix.

And you’d be the cousin?
I guess so in that scenario, yeah. Christian’s probably the king, right?

I believe Batman has to be the king.
Always.

Loving loud, for a good queer cause 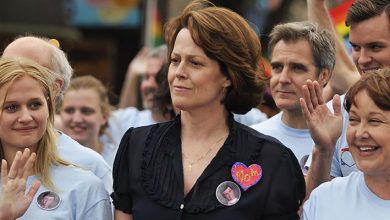