We’re coming up on Valentine’s Day. My boyfriend just called. I was expecting to hear him announce some romantic plan. Nope. He was calling to let me know that his other girlfriend tested positive for a bacterial infection that may possibly be sexually transmitted.

So he and her other boyfriend are both off to be tested. He wanted to let me know because I should probably be tested too. And, depending on my results, my husband may need to be tested as well.

When I share my relationship configuration with others I am met with a variety of responses. Some are judgmental, but most are simply curious about how it all works. Nearly everyone wants to know about the sex! Of course, with two partners, the assumption is I must be having a lot of it!

Polyamory is just one model of non-monogamous relationship styles. In its basic form, the definition of polyamory is: “The state or practice of having more than one romantic relationship at a time with the consent and knowledge of everyone involved.”

These relationships may or may not involve sex, but they are generally all romantic in nature. To breakdown the word Polyamory itself: Greek word for Many = Poly and Latin for Love = Amor. The caveat that sets polyamory apart from other relationship configurations is just that — relationships.

What polyamory is not:

Polyamory is not cheating

At its core cheating is deceptive and hurtful. Seeking out desires that one knows will be hurtful to a partner, by engaging in lies and deception, only does damage to a relationship. In polyamory all partners are aware of one another and have free agency to decide whether or not they agree to be involved with a person who is also involved with others.

Polyamory is not swinging

Swinging (also known as partner swapping) is when an otherwise committed pair engages in consensual, recreational sex with others. Generally, swingers refrain from forming romantic attachments with those outside of their primary relationship.

Polyamory is not heteronormative

So many relationship configurations fall under the lens of heterosexuality. Within the polyamorous there tends to be acceptance for the beauty that is queerness in all its forms. More people are finding themselves not only fluid in their relationship style, but also in their sexual expression.

Unlike adultery, in polyamorous everyone involved is aware of everyone else. Sometimes the partners of each other’s partners may become friends. Other times they may not. But at the base of it all is an awareness that there are others who are also involved.

When Kevin and I realized we had sincere feelings and wanted to see where this would go, we each told our other partner and arranged a time for the four of us to have dinner together. Everyone knew about everyone else from the beginning. Everyone had an opportunity to speak their feelings and any concerns they may be having as things progressed. This level of transparency has saved us from many potential hurt feelings.

Honesty leaves no room for secrecy or deceit, but rather a larger container for love. This level of honesty also lends itself to scenarios like above. When one person is suspected of an STI, rather than being met with shame, all parties are notified and can seek medical attention.

Polyamory is about love

Romantic love is the biggest factor that sets polyamory apart from other non-monogamous relationship styles. My husband and I have been married for a couple of decades but we acknowledge that as my additional partner, Kevin is an important person in our lives. He’s a real person with real feelings, real fears, real dreams. He may be a third person in the relationship, but he shouldn’t ever feel like a third wheel.

While it’s important to be extra conscious about keeping commitments with one another, it’s also important to be flexible and understanding as unexpected things do come up.

The most important factor I have found through this journey is to not treat other partners like playthings. People are not disposable. That may work fine with some relational configurations, but it doesn’t fare well with polyamory. When in a relationship, whether there are two people involved or five, they are making themselves vulnerable to others and vulnerability is sacred.

There is so much more to polyamory than this article can articulate. More information on the topic can be found in the following books: More Than Two by Franklin Veaux; Opening Up by Tristan Taormino, and Ethical Slut by Janet Hardy and Dossie Easton.

Dr. Laurie Bennett-Cook is a sexologist and can be reached at dr.LaurieBennettCook@gmail.com

Timeline to a ‘Happy Pride!’ 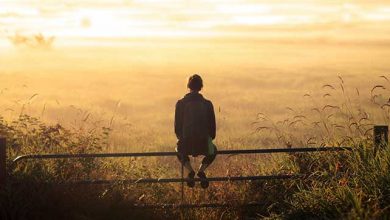 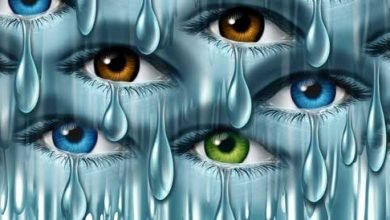