Ryan Murphy, the man who currently owns most of television, has another show coming. It’s called Ratched, and you’ll need to reach back to at least the 1970s to get the title’s reference, because that was when the film adaptation of Ken Kesey’s novel One Flew Over the Cuckoo’s Nest won Academy Awards for Best Picture, Best Director, Best Screenplay, Best Actor, and, for the purposes of this explanation, Best Actress for Louise Fletcher, who played the monstrous Nurse Ratched.

For this upcoming project – already given a deal for two seasons and 18 episodes – newcomer Evan Romansky has created an original story, one that will star a Murphy-regular, Sarah Paulson as a younger version of the nurse who grew to be a demon of the mental health care system. And there’s an all-star cast rounding out the event: Judy Davis, Cynthia Nixon, Corey Stoll, Amanda Plummer, Sharon Stone, and Finn Wittrock, among others. You’ll be hearing plenty about it as the air date approaches. It’s Netflix, after all; they know where to find you.

Jordan Peele is, how they say, on a roll. From Get Out to the upcoming Us, to the planned Twilight Zone reboot: if he touches it, people want to see it. And now he’s working on a new series for YouTube Premium called Weird City, alongside Key and Peele’s Emmy-nominated writer Charlie Sanders.

The premise is comedic sci-fi, and it’ll be an anthology series, which means a lot of one-off guest stars. Cast so far are Sara Gilbert, Ed O’Neill, Rosario Dawson, Michael Cera, LeVar Burton, Dylan O’Brien and Laverne Cox, all in as-yet-unknown combinations and storylines. Six episodes are coming later this year to YouTube Premium – in case you didn’t know that existed, you’re welcome – so you’ve got some time to learn how to throw it from your phone to your TV.

When Beyoncé starred in Dreamgirls, she wasn’t playing Diana Ross specifically, but OK she actually sort of was. And now, in brand new Destiny’s Child-member-playing-Diana Ross news, Michelle Williams will portray the real deal for a series coming soon to BET. It’s called American Soul and its plot is aligned with that of the legendary TV show Soul Train and its impact on American pop culture.

Now all DC members will have at least one musical legend role on their resumes (and in Beyoncé’s case, having also played Etta James, two). The show is coming up quickly, Feb. 5 on BET, so spend all your free moments until then dancing around to “I’m Coming Out.”

Unless she’s been to your wedding, you might not instantly know the name Sara Cunningham. But she’s the mother of a gay son, and she’s written a memoir about it titled How We Sleep At Night. And what makes her story unique is that wedding thing.

Last summer Sara received national attention by posting on Facebook that she would be a stand-in mom at any LGBTQ wedding that found itself rejected by the biological parents. And now Jamie Lee Curtis has purchased the film rights to Cunningham’s 2014 book, presumably as a starring vehicle for herself.

Curtis was quoted in The Washington Post as having been “moved by [Cunningham’s] journey,” and now we’re imagining a heartwarming dramedy where the Halloween heroine buys upwards of 27 dresses to wear at a variety of queer nuptials, dashing across town in a zany get-me-to-the-church-on-time speeding car chase to attend her third ceremony in one afternoon. These are free ideas we’re giving you, Hollywood. 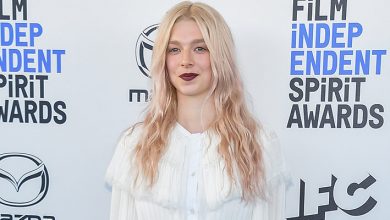 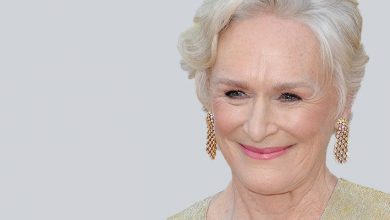