At a junior high school in Cheyenne, Wyo., Wednesday, students found taped to the walls (or were handed) flyers promoting hate. The targets: LGBT and Blacks.

The circulated flyers at McCormick Junior High School read: “It’s great to be straight it’s not OK to be gay,” “black lives only matter because if it weren’t for them who would pick our cotton,” and “Join the KKK,” with “the confederate kid club” in parentheses.

It’s the most recent event in a chain of bullying of McCormick’s Gay Straight Alliance students, according to a teacher at the school.

When Wyoming Equality caught wind of the news, the executive director Sara Burlingame, set up a meeting with the school’s principal, Jeff Conine – who previously told the Wyoming Tribune Eagle there were only two flyers, and that they were taped to a wall in an area without security cameras. He said teachers found the flyers and took them down before the school day began.

However, three other reports claimed differently including one from Cheyenne Mayor Marian Orr, who had told Conine before the interview with the Wyoming Tribune Eagle that students (with Confederate flags) were handing out the flyers to students. Yet, at the meeting with Burlingame later in the day, Conine told her that he was not aware that students had passed out any flyers.

Principal Conine said the day’s events were still under investigation and couldn’t say what the repercussions would be for those responsible until they were found. The most severe punishment he is authorized as principal to deliver is a 10-day suspension.

The past few days the news has reported on white supremacist flyers targeting LGBTQ and Black youth at McCormick Junior High School – and the lack of school administrative response. We learned students have been reporting cases of harassment for the past few weeks. Then, the McCormick GSA co-sponsor, a substitute teacher, was fired for raising concerns.

But these kids are so resilient, y’all. Yesterday, they gathered and held a rally at school with over 50 students holding “Love is Love” and “People are People” signs. We want to make sure our youth never feel isolated or unheard. That’s why Wyoming Equality is here: to remind all LGBTQ and Black youth that they are beautiful and that they are never alone.

We’re partnering with the NAACP Cheyenne chapter, Black faith leaders, elected officials including Mayor Marian Orr, and ACLU to host a community conversation today. We urge you to join us as we continue to raise awareness of these hateful incidents and protect the rights LGBTQ and Black young people everywhere. 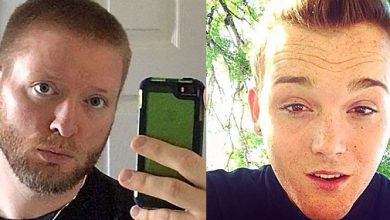