The first attempt in Utah to include sexual orientation as part of a hate crime bill was introduced in the 1992 Legislative Session by House Minority Leader Rep. Frank Pignanelli, who had been lobbied by the Gay and Lesbian Utah Democrats.

GLUD used statistics compiled by the Anti-Violence Project to convince Pignanelli the necessity of legislation that would impose increased penalties for crimes committed against a person because of the victim’s race, religion, ancestry, national origin, ethnicity, or sexual orientation.

A Dan Jones opinion poll found that Utahns were split whether gays should be included in a hate-crimes law. Opposition came from both Republicans and Democrats with the catch phrase, “Special Rights” bandied about. Most Republicans and some Democrats on the House Judiciary Committee indicated they didn’t want to include homosexuals in the bill.

Former state legislator Merrill Nelson summed up the general consensus of the state legislature when he said “homosexuals should not be given special status under the new bill, considering that sodomy is against the law in Utah.” However, Pignanelli, after learning at least half of all hate crimes committed in Utah were committed against gays and lesbians, told other lawmakers it made little sense to have a hate-crime law that excluded them.

The Utah lawmakers were lobbied by three ultra conservative groups who viewed homosexuality a threat to society. Those organizations that were against the inclusion of “sexual orientation” in the bill were primarily the Evergreen Foundation, Families Alert, and the Utah Eagle Forum.

Evergreen, whose mission was to change the sexual orientation of homosexuals, stated while gays should be protected against hate crimes just as any other type of person, said: “However, supporting laws to protect deviant people against hate crimes does not mean that we should stop condemning their sexual perversions and taking prudent and lawful measures to protect society against those sexual perversions.”

Mormon Moralist Joy Beech of Families Alert said statistics show that a number of homosexuals molest children. “Sodomy is a crime in Utah,” Beech said, “we should not give privilege to those who actually violate our laws and are criminals.”

Gayle Ruzicka of the conservative Utah Eagle Forum supported Beech’s position saying, “Acts of homosexuality are illegal. I can’t believe that you would place a higher penalty on a gang that raped a homosexual youth than on one that raped my daughter. Why not just enforce our current laws?”

When it was reported that the lawmakers were considering passing the hate crime bill without including sexual orientation, a large protest rally was held Feb. 2, at the State Capitol; which was in vain.

Pignanelli’s bill was passed but failed to include sexual orientation. The hate-crime law passed by the Utah State Legislature dropped sexual orientation from having a protected status even though it was GLUD that had pushed so strongly for a hate crime bill. The legislation made it a 3rd-degree felony to intimidate or terrorize a person based upon a person’s religion or race in violation of their civil rights.

At the state Democrat Party convention in 1990, GLUD was called “a new political powerhouse” by KUTV news reporter Rod Decker, and soon became one of the largest caucuses in the party to be feared by conservative Democrats.

Under the leadership of Committee Chairman Michael Aaron and Executive Director Dale Sorenson, GLUD organized the gay community into a political force within Utah’s Democrat Party.

More importantly, GLUD managed to defeat incumbent Democrat Ted Lewis, who had voted against including sexual orientation in the 1992 Hate Crimes Bill. Lewis was replaced by Pete Suazo, who eventually was elected to fill Lewis’ former seat in Utah’s House of Representatives.

Additionally GLUD pushed Salt Lake County commissioners to adopt an anti-discrimination ordinance drafted by David Nelson. In 1992, Salt Lake County government consisted of only three commissioners. At the time they were two Democrats, Randy Horiuchi and Jim Bradley, and one Republican, Mike Stewart.

It was the first governmental ban on gay discrimination in Utah, although, in 1991, the University of Utah adopted an anti-discrimination policy that included sexual orientation.

Eagle Forum Director Gayle Ruzicka said her organization was caught off guard by Salt Lake County’s “hasty action” of passing a protection law for gays and she promised her “organization would be ready next time.”

At the 1992 Republican State Convention, Don Ruzicka, Gayle’s husband, denounced homosexuals as a “health threat.” He also helped write the state Republican platform which claimed, “The greatest discrimination that currently exists is treating AIDS as a civil rights issue rather than as a public health issue.”

Dale Sorensen, was jubilant over the win on the county level and boasted, “We plan to take this ordinance to the legislature and every other county and city.”

On a roll, GLUD asked Salt Lake City Mayor Deedee Corradini if she would sign an executive order prohibiting discrimination on the basis of sexual orientation for the city and then work to include sexual orientation as a specific protected category in the city’s ordinances. She, however, turned down the request without explanation.

The Boys in the Band

Death of a gentle giant 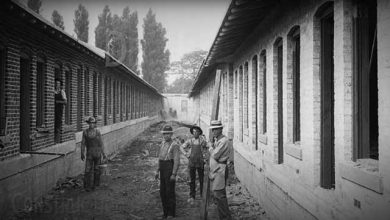 In a galaxy not so far away