Platt! The divas all in for ‘The Politician’

Ryan Murphy has yet another new show in the works. It’s called The Politician, it’s coming to Netflix, and it stars that adorable (and now openly gay) Ben Platt as a high school student convinced he’s going to be president someday, but who must first navigate the choppy, ruthless waters of student government. And in a cast already packed with names like Gwyneth Paltrow, Jessica Lange, and Zoey Deutch, new additions Judith Light and Bette Midler also take turns on set.

Even better, Pose writer and director, Janet Mock, takes the helm for at least one episode. Without the gaiety of Glee, and with Popular now a fond memory of the early 2000s, we’re ready for Murphy to head back to high school, especially with this kind of diva power.

Christmas is coming early this year and it’s going to be horrifying. AMC premieres the new series NOS4A2 on June 2, starring Ashleigh Cummings (this fall’s Oscar-bait, The Goldfinch, from which you’ll no doubt be hearing more) and, as the baddest Santa of all, Zachary Quinto.

Cummings plays a young woman who discovers she has a supernatural gift for finding lost things, which puts her at cross with and battling against, one Charlie Manx (Quinto). Manx is a creature who feeds off the souls of children before leaving them in Christmasland, a place where it’s literally Christmas every day and unhappiness is against the law.

It’s based on the best-selling 2013 novel by Joe Hill, and we pleasingly know that it will serve as a vigorously dark rebuke to Hallmark Channel’s insistence on showing bland, white bread Christmas-themed TV movies every other night of the year.

Viola Davis’ A-list status means she has a production company now. Called JuVee, she and her production partner, Julius Tennon, have something in store for Amazon: a drama series based on the novel Wild Seed, the first of the Patternist series from legendary lesbian sci-fi author Octavia Butler.

The story of two African immortals – one cruel, one healing – who travel from pre-Colonial West Africa into the far away future, is an epic of supernatural struggle that spans history and shapes life on Earth.

No cast is set yet – though, obviously, we know we want Viola in there, please and thank you – and it’s co-written by Nnedi Okorafor and filmmaker Wanuri Kahiu, who will also direct. More on this one as it develops, because America is literally starving for lesbian-created sci-fi TV content and there will be no peace until that hunger is sated.

Among the 150 films on Lifetime’s production slate – yes, you read that correctly – one certainly stands out – a powerhouse trio production team comprised of Queen Latifah, Missy Elliott, and Mary J. Blige.

We’re not here to tell you that there’s anything explicitly queer about this news because at least two-thirds of that triangle remain, after all this time, quite quiet about their sexuality. Which of course is their right and we absolutely respect their privacy, but still, when Latifah and Missy do anything our ears prick up, you know?

Anyway, it’s a film about the Clark Sisters, one of the 20th century’s most important and enduring gospel music quartets. They are, in fact, the bestselling gospel group on the planet. So far, the only casting news reveals Aunjanue Ellis (If Beale Street Could Talk), but come on, if Mary J. doesn’t board the train and sing it until it breaks then what’s going on in Hollywood? Excited about this one.

Romeo San Vicente would vote for Judith Light for president. 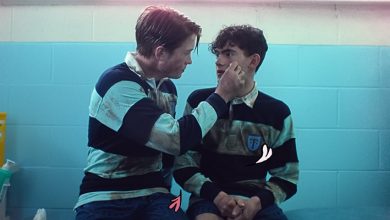