Punch up your post-brunch weekend activities with these exhibits of cultural and LGBTQ significance.

Superfine! NYC moves this year’s every man art fair, May 1-5, from Manhattan’s Meatpacking District to SoHo with a particular emphasis on queer culture, including Brooklyn artist Adam Chuck’s “Call Me By Your Preferred Pronoun” special project. Commissioned by the fair’s directors, the exhibit’s Polaroid-style paintings evoke the continued narrative of the Oscar-nominated film’s characters Oliver and Elio, re-imagined with the broader LGBTQ community in mind.

Other not-to-miss exhibit highlights include works from contemporary Provincetown artists Andrew Moncrief and Thom Jackson, cloaked-identity Andy Blank’s $200-or-less “f*&%ing awesome” pieces made with museum-quality materials (a ground-level Banksy-esque opportunity, if you buy into the manufactured hype), and tapestry-based mixed media paintings that dabble in the occult from Chris Roberts-Antieau.

Tickets are available at superfinenyc.eventbrite.com and include complimentary beer or wine for fair-goers.

2. Rise Up: Stonewall and the LGBTQ Rights Movement, Washington, D.C.

While history tries to whitewash what actually happened in New York’s Greenwich Village in June 1969, “Rise Up: Stonewall and the LGBTQ Rights Movement” will set the record straight through powerful artifacts, images and historical print publications from those landmark moments in LGBTQ liberation.

The program will feature journalists, authors, politicians, and other news makers who have led the fight for equality, through Dec. 31, after which the exhibit will travel nationally.

3. Queer Miami: A Fascinating Look at the History of LGBTQ Communities in Miami.

Revisit Miami’s queer past through this exciting exhibit of artifacts, photographs and archival footage, curated by local historian Julio Capó Jr., which chronicles more than 100 years of the area’s queer communities’ will to survive, thrive and rise above discrimination, isolation and violence.

An expert on the intersection of gender and sexuality throughout history, Capó, who is an associate professor of history at the University of Massachusetts, Amherst, also is the author of Welcome to Fairyland: Queer Miami Before 1940, which has received six honors, including several awards from the Florida Historical Society, Florida Book Awards and Southern Historical Association.

The exhibition runs until Sept. 1 at HistoryMiami Museum.

With a concentrated focus on transgender communities, people of color, and women, “Queer California: Untold Stories” at the Oakland Museum of California, through Aug. 11, explores the lesser-told history of minorities through rarely seen artifacts, archival documents, photographs, costumes, and ephemera such as ’zines, stickers and flyers.

Powerful examples of social activism through contemporary artwork and historical materials align important milestones in LGBTQ culture, showcasing a diversity of queer identities, civil rights and resistance to oppression. OMCA includes representations of queer bodies and material with sexual content in this exhibition to affirm the ways they have been central to the experience of LGBTQ individuals and communities.

Mikey Rox is an award-winning journalist and LGBT lifestyle expert whose work has been published in more than 100 outlets across the world. He spends his time writing from the beach with his dog Jaxon. Connect with Mikey on Instagram @mikeyrox

6 Signs Your Open Relationship Is Hurtling Toward Disaster

4 Reasons You Need to Move Gay French-Canadian Film ‘1:54’ to the Top of Your ‘Must Watch Now’ List

5 tech-savvy ways to stack your savings at Target 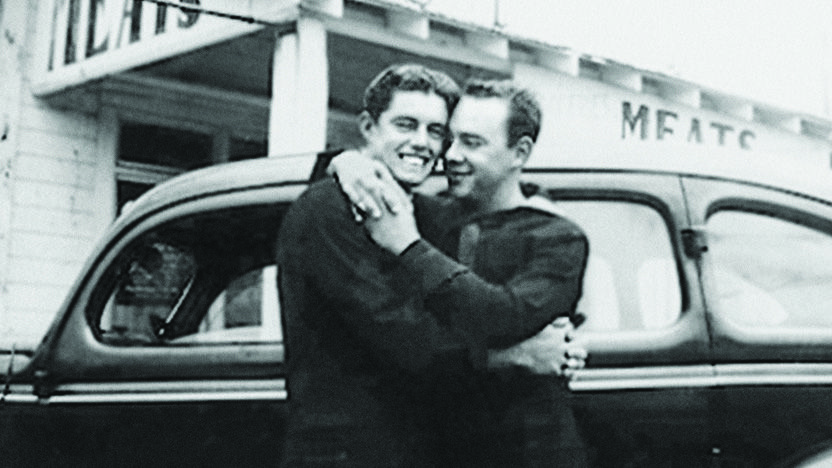