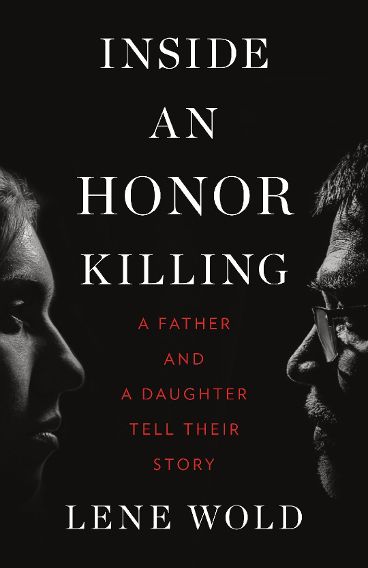 Your father’s hands were always rough.

In your memories, they were nimble, too; enough to fix a doll or thread a hook as easily as holding a fork, and it was never a problem for your little fingers to fit around his. Your father’s hands were calloused and strong but, unlike the new book Inside an Honor Killing by Lene Wold, they were not meant for murder.

She had to lie to set up the interview.

Lene Wold knew that, as a lesbian, she was in danger just traveling through Jordan, so she made up a fictitious husband for her own safety. She lied to be prepared, should the subject come up during conversations she had with “Rahman” who, after over a year of effort, finally sat across from her in a small cafe.

He was a killer, but she knew that he deserved to tell his side of the story.

When he was a child, Rahman told her, he witnessed the death of a young classmate buried up to her shoulders in desert sand. The 7-year-old had been raped, he said, but that act brought shame on her family because villagers believed that she had caused it. Stoning her brought honor back.

Rahman wasn’t supposed to have witnessed the killing, and when his mother learned that he had, she packed her things and left, a departure that impacted him for the rest of his life. He vowed that what happened in his father’s house wouldn’t happen in his when he married a very conservative woman, and raised two daughters and a son.

Years later, as the younger daughter, 17-year-old Amina, prepared for marriage, she noticed that her 19-year-old sister, Aisha, seemed preoccupied. Only when Amina overheard intimacies and learned that Aisha had fallen in love with another woman, did she understand her sister’s fears: There is no law against homosexuality in Jordan, but it’s a cultural sin that brings shame on a family, and Aisha’s secret couldn’t be held.

And so, pressured by his wife, Rahman acted to restore honor…

There is no way to soften this: Inside an Honor Killing is absolutely chilling.

An ice-down-the-spine account of a rape that inexplicably didn’t happen opens this book, illustrating the dangers author Lene Wold endured to get the interviews she needed to tell the story. That, and the how and why of it, are the introduction and while you’re there, Wold also shares statistics that will put you in a heightened state of anticipation, though you ultimately know what happens. Take a quick breath, then, before you plunge into Chapter One, because that’s the last chance you’ll get for air as this story alternates between Arabian Nights and Nightmare on Elm Street, between idyll and magic, and horrors we can only imagine.

This book isn’t one bit easy to read but if you’re concerned about women’s rights or current events, it’s essential that you do. But beware: Inside an Honor Killing will stun you almost the minute you get it in your hands.

Book review: ‘Gay Like Me: A Father Writes to His Son’ by Richie Jackson