In 2000, Fenton Bailey and Randy Barbato directed The Eyes of Tammy Faye, a documentary about the strange life of singer/televangelist Tammy Faye Baker. It was a sympathetic portrayal of a woman who was reviled in the 1980s for being part of her husband Jim Bakker’s corrupt religious empire, then beloved in the years that followed, in no small part due to her contrition, her candor, her kindness, and in a very unusual turn for the world of conservative Evangelical Christianity, her support of LGBTQ people. Now comes the Hollywood version, with the same title, and Jessica Chastain playing Tammy Faye, Queen of All Makeup Products. Michael Showalter (The Big Sick) will direct, Chastain is a producer, and Andrew Garfield will play Jim – who, to this day, true to form, is on TV talking about Jesus and getting money for it. And now for an Extremely Important Question: who’s going to play Jim J. Bullock, Tammy Faye’s co-host of the beautifully weird ABC ’90s daytime talk show, Jim J & Tammy Faye? We have to know.

The 1970s were a wild time at the movies for black filmmakers and audiences. A renaissance of low-budget genre movies like Shaft, Superfly and Foxy Brown blew up box offices nationwide, and one of the most enduring characters was Dolemite, in a film of the same name, played by actor Rudy Ray Moore. And now Eddie Murphy will portray Moore in Dolemite is My Name, a biopic of the legendary cinema cult figure. The cast is a who’s who: Chris Rock, Wesley Snipes, Keegan-Michael Key, Craig Robinson, T.I., Mike Epps, and hilariously eccentric Unbreakable Kimmy Schmidt star Tituss Burgess. Burgess will play a supporting role as Theodore Toney, a producer on the film Dolemite as well as Moore’s late ’70s curiosity, Disco Godfather. We don’t know if the real-life person in question was gay or if Burgess will be playing it straight; we really don’t care. We’re happy there’s openly queer representation happening anywhere we find it.

When films are remade, we tend to favor those that take the material and adapt it in a new way, which is why the news that Lee Daniels has plans for a classic from the 1980s seems really promising, and also potentially frustrating. See, the Precious director set his sights on Terms of Endearment, the 1983 film adaptation of Larry McMurtry’s novel, about the strained relationship between a mother and her dying daughter that starred Shirley MacLaine and Debra Winger. And Daniels cast Oprah Winfrey as the mother half of the estranged pair. And now here’s an update that isn’t really an update: this happened well over a year ago. And that’s Hollywood. Everything takes a long time and a lot of projects take even longer. So now we just wait impatiently until the drawn-out development process delivers what we want, which is another Oscar nomination for Oprah, a woman whose resume of work in solidly dramatic films is impressive and quite often underappreciated. Somebody with some Hollywood power please get on this.

Rosie acting again in I Know This Much Is True

Rosie O’Donnell is acting again! This pleases us very much, frankly. People forget that the embattled former co-host of The View was once a much more regularly delightful presence in films like A League of Their Own, the very weird BDSM-themed detective comedy Exit To Eden, The Flintstones, Sleepless in Seattle, and Harriet The Spy. But now she’s back in I Know This Much Is True, a limited series from director Derek Cianfrance (The Place Beyond the Pines) and screenwriter Gina Prince-Bythewood (Beyond The Lights), based on the novel by Wally Lamb. It’s about a middle-aged man trying to get his mentally ill twin brother released from an institution, and it stars Mark Ruffalo in a dual role, Juliette Lewis, Kathryn Hahn, Melissa Leo and The Good Wife’s Archie Panjabi. We don’t know what role Rosie has here, but we assume it’s a serious one, and that there will be no place in this drama for the Betty Rubble giggle, but we can dream. And we do. 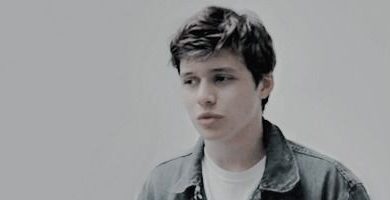