The Utah Gay Football League offers co-ed flag football for players 18 years of age or older. Their Spring season started in April and goes through June 12. Registration is closed for this season. They will, however, be holding a Fall season with preseason events starting in late July and the first game being the last Sunday in August and going through mid-November.

Spring season games are Wednesday Evenings at 6:30 p.m., at Sugar House Park through July 12. Fall season games will be on Sundays.

Everyone is welcome to come to watch the games. The league is trying to build up their FanZone.

“Our league is really going through a renaissance right now. We grew the league by over 50 percent from last season,” said Kyle Hess, the league commissioner. “This season we changed our name from Mountain West Flag Football League to Utah Gay Football League to really focus on who we are.”

“We are an LGBT+ organization,” Hess continued. “Our organization is doing some great things with local leadership and people who really know and understand Utah.”

“We host socials and fundraisers throughout the year. Attending these events is a great way to help support the league,” said Kyle Hess, the league commissioner. “This year, we will be holding several fundraisers to send a team to GayBowl in New York City.”

The group is an official member of the National Gay Flag Football League, a nonprofit LGBT flag football league of 200 teams in 24 leagues in the United States and Canada.

Those looking for more information on the league or wishing to donate can do so on at UtahGayFootballLeague.com.

QUAC is Utah’s largest US Masters swimming club with workouts three days a week — Tuesday and Thursday evenings at 7 p.m. and Sunday mornings at 11 a.m. They have coach-led workouts for beginning to advanced swimmers.

“Everyone is welcome to come as a guest to see if our club matches their needs and interests,” said QUAC President of the Board Kevin McDaniel. “We ask, however, that people who choose to continue working out with us join QUAC as a US Masters swimmer.”

They also offer free adult swimming lessons. The six-week program teaches the basic strokes and water safety to adults who have never learned how to swim. This program is offered through a grant from the US Masters’ Swimming Saves Lives Foundation.

QUAC Water Polo also has practices twice a week through Salt Lake County Parks and Recreation. Practices are at the Northwest Recreation Center and Steiner Aquatic Center. Days and times can be found on their website at quacquac.org.

“QUAC members are participating in the annual International Gay and Lesbian Aquatics Championships in New York City June 23–30,” McDaniel said. “We are excited to represent Utah at the international event.”

The group has also participated in previous Gay Games events, including in Paris last year.

QUAC is a 100 percent volunteer-run organization. If people are interested in financially supporting the club through swimmer or team sponsorship, they can donate to the Val Mansfield Memorial Fund at shop.quacquac.org.

Visitors and new members are welcome throughout the year. For more information, go to quacquac.org or on Facebook at fb.me/quacquac/. They are on Instagram at quac_aquatics and Twitter at @QUACAquaticClub.

Stonewall Sports, a national LGBT nonprofit sports organization, founded in 2010, and based in Washington, D.C., recently expanded its organization to Salt Lake City. It’s the 16th city to be added to this national organization that has over 12,000 athletes throughout the US. It’s also the first West Coast city.

While many other chapters have an extensive array of sport options, the Salt Lake chapter will kick of with only a “summer kickball league, a volleyball tournament, and maybe some other clinics to test out yoga and some other sports,” says Commissioner Jacob Banks.

The games will be played on Sundays, 10 a.m.-4 p.m., at the Sugar House baseball fields, and family/friends are invited and encouraged to spectate.

Elevation Utah attracts skiers, boarders from around the US 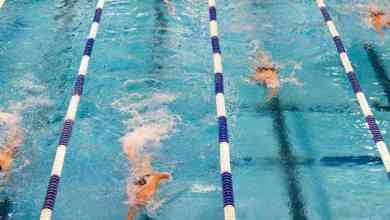