The 2019 lineup for the wildly popular Red Butte Garden Outdoor Concert Series returns starting tonight and the series includes many flashbacks to the 80s and 90s, a special concert version of Joseph and the Amazing Technicolor Dreamcoat and today’s popular and up-and-coming singers. Note: This is not a full lineup as many artists have sold out. Tickets available at http://redbuttegarden.ticketfly.com/

Groundbreaking banjoist/composer/ bandleader Béla Fleck has reconvened the original ‘Béla Fleck & The Flecktones’, the extraordinary initial lineup of his incredible combo. Rocket Science marks the first recording by the first fab four Flecktones in almost two decades, with pianist/harmonica player Howard Levy back in the fold alongside Fleck, bassist Victor Wooten, and percussionist/drumitarist Roy “Futureman” Wooten. Far from being a wistful trip back in time, the album sees the Grammy Award-winning quartet creating some of the most forward-thinking music of their long, storied career. While all manners of genres come into play – from classical and jazz to bluegrass and African music to electric blues and Eastern European folk dances – the result is an impossible to pigeonhole sound all their own, a meeting of musical minds that remains, as ever, utterly indescribable. Simply put, it is The Flecktones, the music made only when these four individuals come together.

Today’s Little Feat is a seven-member powerhouse that ably carries on the group’s tradition in both the recording and touring arenas. Their most recent studio album is Kickin’ It At The Barn, produced by Feat-ers Paul Barrere, Bill Payne and Fred Tackett. It’s named after the place it was recorded throughout 2003, Tackett’s barn-come-studio in Topanga Canyon, which Bill Payne has called Little Feat’s version of The Band’s ‘Big Pink’, and which lent an invaluable ambiance to the undertaking. In his liner notes, faithful Feat scribe Paul Barrere writes, “If music is a conversation between the players, then we are talking like never before…this has been truly one of the most memorable recording projects we’ve done. We started with an idea to write songs on acoustic guitar and piano, like the old days before computers and samples, and then let the band interpret the music.”

A Concert Version of Joseph and the Amazing Technicolor Dreamcoat – Thursday, June 6, 7:30pm

Red Butte Garden, Zions Bank and the Utah Shakespeare Festival Present: A Concert Version of Joseph and the Amazing Technicolor Dreamcoat. It’s bright! It’s loud! It’s technicolor! It’s Joseph’s new coat! And it sets the tone for a frolicking Biblical satire filled with vaudevillian tunes, country and western swings, calypso, and good old rock ‘n’ roll. This classic musical has been going strong for fifty years and guarantees to leave everyone in the family humming for days. The cast of the Utah Shakespeare Festival production of Joseph will sing the score of the musical in the beautiful Red Butte Garden Amphitheatre.

It was in 1983 that Howard Jones first burst upon the contemporary music scene with his very English songwriting, pioneering synthesizers and thought provoking lyrics. Howard has sold over 8 million albums across the globe and is one of a select group of British artists who have comprehensively ‘broken America’. Also, Howard continues to operate at the forefront of music technology in both his live shows and productions.

Lucinda Williams is an American rock, folk, blues, and country music singer and songwriter. She recorded her first albums in 1978 and 1980 in a traditional country and blues style and received very little attention from radio, the media, or the public. In 1988, she released her self-titled album, Lucinda Williams. Daughter of Miller Williams.

Five-piece American bluegrass/rock band founded in Kalamazoo, Michigan in 2000. The band is known for their improvisation, multiple-set shows, and open audience recording policy (akin to Phish and The Grateful Dead) and have broken through to a multi-genre fanbase by covering songs from Bruce Springsteen, Aerosmith, John Hartford, Dawes, Phish, The Grateful Dead, Rolling Stones, Prince and more.

Pack your picnic and join us to celebrate America as the Utah Symphony and Broadway star Hugh Panaro perform all your red, white, and blue favorites. Michael Krajewski conducts.

Galactic was formed 18 years ago in New Orleans, and they cut their teeth playing the biggest party in America: Mardi Gras. Their new album Carnivale Electricos is beyond a party record. It’s a carnival record that evokes the electric atmosphere of a whole city – make that, whole cities – vibrating together all on the same day, from New Orleans all down the hemisphere to the mighty mega carnivals of Brazil. Armed with a slew of carnival-ready guests— including Cyril and Ivan Neville, Mystikal, Mannie Fresh, Moyseis Marques, Casa Samba, the KIPP Renaissance High School Marching Band, and Al “Carnival Time” Johnson (who remakes his all-time hit) — Galactic whisks the listener around the neighborhoods to feel the Mardi Gras moment in all its variety of flavors.

Sympathique was the album that started it all for Pink Martini. Since 1997, the group have been touring around the world playing concerts in the United States, Japan, Europe and many other places. After being gone for a long time, their second release, Hang On Little Tomato was released seven years after their debut album.

A singer, composer and actor, Lyle Lovett has broadened the definition of American music in a career that spans 14 albums. Coupled with his gift for storytelling, the Texas-based musician fuses elements of country, swing, jazz, folk, gospel, and blues in a convention-defying manner that breaks down barriers. Lovett has appeared in 13 feature films, and on stage and television. Among his many accolades, besides the four Grammy Awards, he was given the Americana Music Association’s inaugural Trailblazer Award, and was recently named the Texas State Musician.

Seal is a British singer-songwriter who has sold over 20 million records worldwide, with his first international hit song, “Crazy” released in 1991; his most celebrated song, “Kiss from a Rose”, was released in 1994. Seal has won multiple awards throughout his career, including three Brit Awards; he won Best British Male in 1992, as well as four Grammy Awards and an MTV Video Music Award.

Trampled By Turtles formed in 2003 in Duluth, Minnesota. From their beginnings on the Midwestern festival circuit, they have reached new heights with each album. The release of 2012’s Stars And Satellites saw the band play to more fans than ever, sell close to 100,000 albums, make their first national television appearance on The Late Show With David Letterman, and have their first concert feature, Live at First Avenue, broadcast on Palladia.

The music of Umphrey’s McGee unfolds like an unpredictable conversation between longtime friends. Its six participants — Brendan Bayliss [guitar, vocals], Jake Cinninger [guitar, vocals], Joel Cummins [keyboards, piano, vocals], Andy Farag[percussion], Kris Myers [drums, vocals], and Ryan Stasik [bass] — know just how to communicate with each other on stage and in the studio. A call of progressive guitar wizardry might elicit a response of soft acoustic balladry, or a funk groove could be answered by explosive percussion. At any moment, heavy guitars can give way to heavier blues as the boys uncover the elusive nexus between jaw-dropping instrumental virtuosity and airtight song craft.

Nineteen years ago, at the age of 16, Jonny Lang found incredible success with the release of his major label debut album Lie To Me. He has a keen sense of what he aims to achieve creatively, what music means to him, and is focused on the impact that his songs bring to the lives of those that encounter his repertoire. With his latest release, Fight For My Soul, Lang is entering a chapter wherein he has found his true voice.

JJ Grey and Mofro’s music has been described as a combination of blues, funk, soul, and rock. All of the songs are written by JJ Grey and reflect the region where he grew up in around Jacksonville, Florida. JJ Grey attributes artists such as Big Bad John and Jim Reeves due to their style of story songwriting and how that style has influenced the way he writes his songs. Grey also credits southern rock acts such as Lynyrd Skynyrd and Jerry Reed as artists who have influenced his style of music, as well as more soulful artists such as Toots Hibbert and Otis Redding.

Mandolin Orange’s music radiates a mysterious warmth — their songs feel like whispered secrets, one hand cupped to your ear. The North Carolina duo have built a steady and growing fan base with this kind of intimacy. You can hear the air between them — the taut space of shared understanding, as palpable as a magnetic field, that makes their music sound like two halves of an endlessly completing thought. Singer-songwriter Andrew Marlin and multi-instrumentalist Emily Frantz have honed this lamp glow intimacy for years.

O.A.R. is an American rock band founded in 1996 in Rockville, Maryland. The band consists of lead vocalist/guitarist Marc Roberge, drummer Chris Culos, guitarist Richard On, bassist Benj Gershman, and saxophonist/guitarist Jerry DePizzo. Together, the band has released nine studio albums, including their latest release, The Mighty, in March 2019. The band is well known for their live shows and extensive summer touring, and have released five records of various live performances to date. The name is an acronym of “….of a revolution”.

The Stray Cats are a rockabilly band first formed in 1979 by guitarist/vocalist Brian Setzer (Bloodless Pharaohs/Brian Setzer Orchestra) with school friends Lee Rocker (born Leon Drucker) and Slim Jim Phantom (born James McDonnell) in the Long Island town of Massapequa, New York. The group, whose style was based upon the sounds of Sun Records artists from the 1950s and heavily influenced by Bill Haley & His Comets, had little initial success in the New York music scene, and had to move to England before they saw any success at all within the nascent rockabilly revival there. The group had several hit singles in the U.K. and the U.S. during the early 1980s.

Colter Wall is a Canadian guitarist, singer and songwriter, born 27 June 1995 in Swift Current – Saskatchewan, Canada. His style is in folk, Americana, blues and country. His voice has resemblance to Johnny Cash, and performance and lyrics similar to Townes Van Zandt and Hank Williams.

Gov’t Mule has showcased its virtuosity, intelligence and breadth for more than two decades, which have encompassed 15 studio and live albums, millions of album and track sales and thousands of performances. The band has become a human encyclopedia of timeless American music while adding to that canon with their signature sound.

Boz Scaggs is a legendary American singer, songwriter, and guitarist. He is known for his worldwide chart topping albums of the late 1970s as well as the songs “Lido Shuffle” and the Grammy award winning “Lowdown” from the critically acclaimed album Silk Degrees (1976), which peaked at No. 2 on the Billboard 200.

Tash Sultana is an Australian singer-songwriter and musician from Melbourne. Tash made a name for herself busking on the streets of Melbourne and having homemade videos go viral getting millions of views online. Winner of the 2016 Triple J Unearthed Artist of the Year, while her song ‘Jungle’ finished 3rd in the 2016 Triple J Hottest 100. 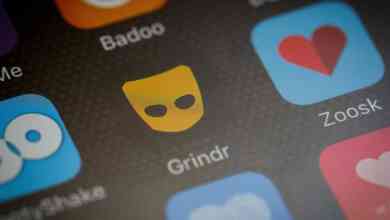