As a young person who identifies as nonbinary, meaning I do not identify within the gender binary, accessing pre-exposure prophylaxis was a challenging quest. PrEP is a once-daily pill regimen that supports people in remaining HIV negative. Although I have been an organizer and advocate in support of LGBTQ youth for over five years in Philadelphia, I have only been aware of PrEP for about two years.

PrEP is extremely effective at preventing HIV transmission. So why is no one talking about it to young people?

In 2016, 21 percent of people newly diagnosed with HIV were age 24 or younger (about 40 percent of HIV diagnoses are in people under 30), and yet people under 25 were only 15 percent of all people on PrEP. There have only been approximately 27,000 prescriptions issued to this group since 2012. A recent report from the Centers for Disease Control and Prevention on how PrEP is prescribed found that black and Hispanic/Latinx people are most likely to benefit from PrEP, but least likely to be prescribed it.

Truvada (FTC/tenofovir disoproxil fumarate) for PrEP was first approved as an HIV prevention method in 2012, but only for individuals age 18 and older. In 2018, the Food and Drug Administration expanded the approval of PrEP to include adolescents. But there are still too many logistical, economic and cultural barriers to young people receiving this vital medication.

One key barrier and area of missed opportunity is the doctor’s office. Unfortunately, like many LGBTQ people, until recently I never felt like my doctor’s office was a safe place to openly talk about my sexual health and experiences. I often felt like I was being slut-shamed or othered for my identity and the partners I had. I answered the standard questions about sexual behavior, but these didn’t create an opportunity to ask about PrEP. No one offered it to me, and I wasn’t sure if it was my job to ask for it. I’d go to my appointments and end up leaving without a PrEP prescription because I was afraid to ask my doctor about it.

Then there’s the price tag. Without insurance, PrEP can cost up to $2,000 per month. A young person on their parents’ insurance pays far less but faces the risk of their parents finding out they’re on PrEP if their explanation of benefits goes to their parents. Title X clinics, like Planned Parenthood, provide cost-effective and confidential options, but the Trump Administration is intent on shutting them down, without regard for the vital services they provide young people.

There’s also a huge gap in comprehensive sex education. Today, fewer than half of all states mandate medically accurate sex and HIV education. In Pennsylvania, schools are required only to provide education on HIV and AIDS, with a focus on abstinence. The Philadelphia School District (where I live) provides teachers with additional information on contraception and dating violence but fails to require any specific curriculum. Unfortunately, what students learn can vary greatly depending on the teacher. It’s unforgivable that most students get through school without learning that there is a medication that can help them remain HIV negative.

I’m asking everyone to take the steps they can to ensure young people have access to PrEP. In hospital and clinic settings, sexually transmitted infection screenings have to go beyond the standard of offering condoms, lubrication and dental dams after a person is tested. Information about PrEP and post-exposure prophylaxis should be publicly promoted in health care environments and spaces that LGBTQ youth, people that identify as nonbinary, and black cis and transgender women occupy. Sex education needs to be honest and comprehensive, and it needs to address real solutions and skills. And young people ourselves need to take the initiative and ask our health care providers about PrEP.

It was only after I met an affirming nurse at Planned Parenthood, who happened to be queer, that I became comfortable discussing my sexual health and HIV prevention needs, including PrEP. When young people are educated about PrEP, when staff and physicians are knowledgeable about LGBTQ-competent services and provide equitable and affordable care, we are empowered to take our sexual health into our own hands. Help us protect our futures and lay the groundwork for a lifetime of sexual health.

Tyunique Nelson is a contributing writer for TheBody, a member of Advocates for Youth’s YouthResource Leadership Program, and a program associate at the Mazzoni Center in Philadelphia. This column is a project of Plus, Positively Aware, POZ, TheBody and Q Syndicate, the LGBT wire service. Visit their websites – http://hivplusmag.com, http://positivelyaware.com, http://poz.com and http://thebody.com – for the latest updates on HIV/AIDS. 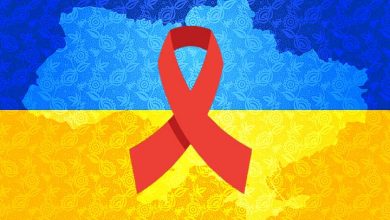 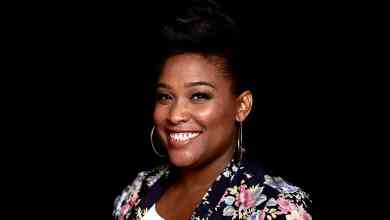 No Blame, No Shame