As we celebrate the 50th anniversary of the Stonewall riots at a little gay drag dive bar in Greenwich Village, New York, we are thankful for those who finally sparked our movement for civil rights. While some people formed groups and tried for decades to reason with the world that our community was made up of good people, a quiet summer night in Manhattan was turned on its ear when a small group of angry homosexuals and drag queens stood up against continued persecution and wrongful prosecution. They righteously rebelled, revolted and rioted. They said, with words and deeds, “No more.”

A half-century later, gay Americans are much less likely to live in dark closets or gather in secret places. We are the mentors and mayors of our towns. We have not just survived, but thrived. We are not apart from our communities. We are a part of them. Our meeting places and bars are on Main Street. We publish mainstream magazines, serve in our nation’s armed forces, and lawfully marry others of our same sex. We hold our own parades.

Still, we are not home free.

As we applaud our achievements and celebrate our victories, there are still contests to fight, and battles to be won. Bullying has not come to an end. Advocacy for the Neanderthal policy of gay conversion therapy still has a voice. Equal rights in the workplaces have not won universal legal success. We are just beginning to recognize the wrongs we have for too long inflicted upon the transgender community. All of us still have to fight a never-ending battle against those who still deny and discriminate against our dignity.

Of course, LGBT America has come a long way. Today, we fight AIDS, not people with AIDS. We pass laws that protect us from persecution. We have International gay games and worldwide Prides. But lest we forget, gays are still hung in Kenya, tortured in Eastern Europe and jailed in Saudi Arabia. Transgender people, especially those of color are being murdered here, in our country. We can find comfort in our lives, to be sure. But we can never stand for complacency. We can never acquiesce to abuse.

Our duty as we move forward with our lives is to remember one fundamental principle: that while some of us are celebrating by the shore, many of us are still drowning in the ocean. We can’t let our lives become apathetic; our voices become silent.

Our newspapers and magazines can’t just marvel at our majesty. We have to remind ourselves of our duty to others. No man is an island. We have to do more than illuminate our parties. Our words need to mirror our realities. Our eyes can’t be shut to the world around us.

We remember Harvey Milk as a gay hero, one of the first gay Americans ever elected to public office. As a San Francisco city supervisor, he spoke for gay America. He was shot and killed while so serving. He should not just be remembered as a ‘gay icon.’ He was an American hero. By fighting for equal rights for the LGBT community, he fostered universal justice for Americans everywhere.

We cannot ever afford, as a gay community, to forget our past. We must jealously guard our rights and assert our principles. Those who seek to turn back the clock must know we will march proudly, speak firmly, and fight furiously to maintain our place at the table.

LGBT Americans never should have been second class citizens in the first place. We never will be so again. We do not speak for one political party. We speak up for everyone’s inalienable rights, to live life as we choose, and love the ones we want. Be proud, not apologetic. Be who you are.

We are making much more progress today with the help of allies than with throwing cobblestones. Even as we held three days of riots, we still took the time to do kicklines. Let’s continue to reach out and change the hearts and minds of our neighbors. We are a movement of love.

Our Prides can be open, embracing, and welcoming rather than angry, accusing and hateful.

But never let them think we’ve forgotten how to huck a stone.

From the Publisher: Seven Year Itch 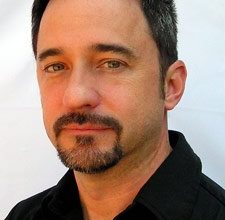