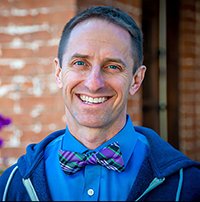 Here’s a letter to Mayor Pete. This is kind of like the letter that outgoing Presidents leave behind in the Oval Office for the incoming Commander-in-Chief. It’s advice from a guy who has a shared experience with you.

I also grew up in northern Indiana and graduated high school as the All-American guy with good grades, scholarships, and a gregarious personality. I attended the local Catholic Church and was active in the youth group. I returned from college and was quickly elected to my hometown city council.

My family and friends were so proud. I was on my way and was prepared to do what I had always imagined doing. A life of public service to my community and country.

But in 2004, I withdrew my candidacy for County Commissioner. I had a big secret. I am gay. And I was confronted about that. Most of Indiana and the country wasn’t OK with gays in public office back then. I was crushed and confused about my identity. My career was put on hold.

And now 15 years later is where you come in Mayor Pete. Your Presidential campaign brings back memories for not just me; but for all the LGBTQ people before you who never got their chance as candidates because of struggles with sexual orientation.

As your campaign moves forward, you will be challenged to fight by more people along the trail. They won’t care about the issues. Just that you are gay. There will be many moments to fight back.

But please don’t. Anger and hate begets anger and hate. We have too much of that already.

God knows so many of us in the LGBTQ community want so badly to see you in fight mode. We have faced an abundance of abuse over so many decades and centuries. Beatings, bullying, and discrimination. It’s only normal to want you to punch back.

But please don’t. Stay focused on the issues. Society is better when we don’t give in to hate.

Over 72 years ago, Jackie Robinson was the first black player in major league baseball to take the field. There was intense opposition to him being in the game.

Jackie Robinson eventually won over many fans. He was an excellent ball player who helped the Dodgers win numerous pennants and a World Series. There’s nothing like talent and results to get people to forget over time why they dislike you.

Just like Jackie, you have so much talent and many accomplishments. People will see this. You too have the ability to get people to forget why they don’t like you. Just keep being you and keep bringing the results.

You have a lot of folks behind you. Not just from the LGBTQ community. Not just from the Democrats. You have all those individuals who want to see the guy with knowledge and skills overcome hate and anger. The true underdog story. That…that right there…is the America we all love.

I am reminded of a quote from the incomparable artist Frida Kahlo. She said, “I never paint dreams or nightmares. I paint my own reality.” So that’s where I will leave it Mayor Pete. Keep on painting.

This article of equality is brought to you by that guy of love, love, love. That guy on a magical mystery tour is Ron Blake and all you need is love to send him a message at [email protected]

My Childhood Drawing and The Town Sissy

‘Stop the car!’ Fall is time for planting

It’s Our Time to be Heard