A cisgendered man, who was counsel to the New York Governor and was New York’s Deputy Secretary and Counsel for Civil Rights, Alphonso David, has been named as the new president of the Human Rights Campaign. David is a civil rights lawyer by training and a person of color by birth, a first for both identity categories to serve as president of HRC. He replaces prodigious fundraiser Chad Griffin.

While it’s hard to tell with Hispanic men, two lead characters portrayed as gay are featured in a Mexican TV Telenovela, Juntos, El Corazon Nunca se Equivoca, (Together, the Heart is Never Wrong). The soap is a spin-off of another massively-popular telenovela, Mi Marido Tiene Mas Familia, on which the characters first appeared. In the new show, they move to Mexico City to attend a university.

An Indiana school run by the Jesuit Order, though under pressure from the Roman Catholic Archdiocese of Indianapolis, refused to fire a male employee married to a man. Another high school in the diocese, Cathedral High School, gave in and fired the man’s husband who was a teacher in its employ. The high school’s board of directors said in a letter that if the school kept the teacher on staff, it would lose its nonprofit status, its diocesan priests and its ability to offer the Eucharist, among other consequences. They said they hoped the termination won’t “dishearten” students and offered to help the fired teacher find another job. Catholic education institutions require any marriage be consistent with church teaching on the issue. A teacher can be gay but cannot be married or living with a sexually involved partner and not be “out” to students.

Youth not as hot on LGBTQ

No idea which letter of the acronym is turning them off but, LGBTQ acceptance is declining among younger Americans aged 18-34. The decline is led by women in that age cohort, though they are still more accepting than males in the age group. The GLAAD-sponsored Harris survey of nearly 2,000 people finds less than half are comfortable with LGBTQ people and issues. The number dropped from 53 percent last year to 45 percent this year. The CEO of the Harris Poll found this surprising, “This is a notable erosion of acceptance for the LGBTQ community, which counters many of the assumptions we make about their (young people) values and beliefs” For Americans over 34 years of age, acceptance has remained the same.

Though the British Parliament changed sodomy laws to allow pardons for those convicted of the crime, North Ireland declined to pardon two men previously convicted of now-defunct anti-sodomy laws. Despite a law in effect for nearly a year allowing men to seek pardons for past convictions, the government in North Ireland turned down the only requests it has received. Government officials didn’t say why the convictions were turned down. The law, named for mid-20th Century computer genius and British Gay Martyr, Alan Turning, allows application for pardons to be turned down because they pertained to laws still on the books, like having sex in public. What really sucks is this wasn’t the case with the two Northern Ireland men whose pardons were denied.

Judi Dench, at a film festival to receive a lifetime achievement award, said Kevin Spacey was an “inestimable comfort” to her after her husband died of lung cancer. She didn’t discuss the charges of sexual behavior with men made against him, but, “I can’t approve, in any way, of the fact that — whatever he has done — that you then start to cut him out of the films. Are we to go back throughout history and anyone who has misbehaved in any way, or who have broken the law, or who has committed some kind of offense, are they always going to be cut out?“ She lauded his movie work and especially praised his time as artistic director at London’s Old Vic theater and his work in “saving” the troubled, prestigious theatre company.

Incidentally, the civil suit against Spacey for “groping”  brought by a Nantucket waiter, who spent six hours drinking and flirting with Spacey, has been dropped. The waiter says he lost the phone which had the evidence of Spacey’s alleged misdeeds and pleads the fifth when asked about it in court. Criminal charges, in that case, remain pending.

HRH not worried about queens in family

Prince William, second in line to the British throne, said he would “fully support” any of his children if they came out as LGBTQ. His comments came as he toured the a charity for homeless LGBTQ youths in London. William said that it would be “absolutely fine by me,” though he noted that there might be “backlash” that would worry him, “As to how everyone else will react and perceive it and then the pressure is then on them,” he said. His mother, Lady Diana Spencer, made HIV/AIDS a focus of her charitable work before her death.

Some want companies, police out of parades

Protesters in San Francisco and New York City demonstrated against the corporate takeover of Pride Parade events. The alternative Queer Liberation March in downtown Manhattan also protested police barricades and police presence at the 50 years of Stonewall-themed parade in NYC. The New York and SF protesters said the parade has lost its radical roots and become commercialized with parade floats paid for by banks and beverage companies. They said they want, “A march, not a parade, to commemorate the Stonewall riots.” A “Revolting Lesbians” marcher told The New York Times, “We’re here today because we are tired of the police and corporations taking over Pride.”

Adding to the controversy around using the “Star-Spangled Banner” as a protest vehicle and “F-bombing” the White House, U.S. Soccer star, Megan Rapinoe said it’s impossible to win a World Cup without gay players on the roster. “You can’t win a championship without gays on your team — it’s never been done before, ever,” she told reporters. “That’s science, right there.”

She told an English newspaper, “For me, to be gay and fabulous, during Pride month at the World Cup, is nice.” Not sure about the hard science about gays on the roster and winning soccer championships but, no team will win the women’s World Cup this year without gay players in the quarterfinals: USA has five; England, three; Sweden has five and the Netherlands has five gay identifying players.

The USA women’s team won the Lesbian Bowl by beating the Netherlands in the final game, 2 to 0.

Mayor Pete has raised a “Butt-A-Gig” of campaign money. He’s raised $24.8 million in the last three months from more than 230,000 new donors which is an average contribution of $47.42. Says The New York Times, “Mr. Buttigieg’s haul, from more than 294,000 donors, is the clearest indicator yet of how a candidate who only months ago was little known among voters has become a formidable contender in the race for the Democratic nomination.” The Victory Fund, following its tradition of endorsing cis-gendered candidates, but breaking its tradition of endorsing straight candidates, has endorsed Mayor Pete.

Seeing a pasty 20-something man in khaki shorts and a pastel shirt, holding hands with another man at the Washington DC Pride parade isn’t a rare sighting. What makes it rare is the Deputy Press Secretary in the current White House. Judd Deere, from Arkansas, has been serving for almost six months. He says though he doesn’t go to work at the White House every day and announce he is gay, “I’m completely open about who I am,” he says, “these individuals that I work with don’t treat me any differently because I’m gay.”

There are other gay men in the current administration, including German Ambassador Richard Grennell.

No panic in NY court

The “panic defense” seldom works as a strategy in crimes against gay people; first gaining notoriety with its failure in the prosecution of Mathew Shepherd’s killers. Still, New York Govenor Andrew Cuomo felt the need to sign into law a bill banning the use of the “gay panic” and “trans panic” defenses in murder cases in the state’s courts. That makes seven U.S. states now that ban or limit the defense. Cuomo signaled his virtue by signing the bill shortly before joining in New York City’s Pride march.

“Andy” Cuong Ngo, a journalist for conservative-oriented media was hospitalized with a brain hemorrhage after an attack by ”Antifa” members while he was covering a Portland march by Oregon based “Proud Boys”. Both Ngo and Proud Boys have been previous targets of violent counter-protests from Antifa. Ngo said he didn’t understand how a gay person of color and journalist could end up being beaten. He does have a long history with the group and tweeted his fear that the group targets him.

Antifa’s beef with Ngo started when he was a reporter for the Portland State University student newspaper where he wrote provocative columns and posted videos which were upsetting to those of the liberal stripe. He was previously “shoved around” and pepper sprayed by masked Antifa members. No arrests have been made. AnPortland police spokesperson told a local newspaper they didn’t know, “Where police were during the assault. We respond as quickly as we can. We don’t have the resources to be individual bodyguards.” They encourage him to file a complaint with the City’s Police oversight office. 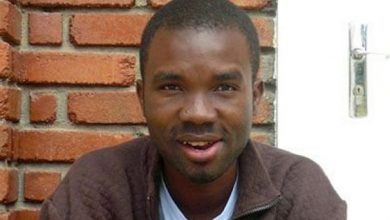