There’s more to gay travel than P-Town, Fire Island and Fort Lauderdale. Every state (yep, even the red ones) has something to offer our community, and with the help of LGBTQ-friendly travel site Orbitz, I’ve narrowed them down to the best of the bunch. Start packing.

Leave the glitz and glam of the big city behind and head for the Catskill Mountains where you’ll find a camp for grown-ups unlike its competitors. Camp Wonderful at Timber Lake Camp in Shandaken offers an adult summer-camp experience focused on diversity among campers, building meaningful connections, learning new skills (like pickling vegetables, casting spells, and stargazing), and having a blast in the great outdoors. But there’s a twist: It’s completely alcohol free – because by the time summer closes, we could all stand a detox. Sign up for the “less screen time, more green time” post-Labor Day Weekend session at CampWonderful.com.

The Frontier State: So much land, so few people! Lesbian cruise company Olivia offers two Alaska itineraries this summer while RSVP Vacations (now owned by Atlantis) offers a “Summer in Alaska” ship that hits up places like Juneau and Ketchikan. Also, most mainstream cruise ships offer onboard meetups for queer folk.

Gay rodeo is a nationwide phenomenon, and Arizona is as good a place as any to squeeze into your tightest pair of Levi jeans and give the Cowboy lifestyle a try. The 34th Annual Arizona Gay Rodeo happens in Phoenix in February 2020; the World Gay Rodeo Finals happen this October in Scottsdale; and then there’s queer country western bars in Phoenix, including Charlie’s, the Cash Nightclub and Lounge, and Latin-flavored nightclub Karamba (which hosts occasional cowboy nights).

Gay bars have the best names (think C.C. Blooms in Edinburgh or Nellie’s in Washington DC), but surely the best of the bunch belongs to the Back Door in Bloomington. Hilarious moniker aside, the Back Door is a gay bar par excellence located in one of the coolest college towns in America. The crowd is diverse, energetic and friendly as heck, the lineup includes all kinds of crazy cabaret and queer entertainment, and the gay naming even carries over into the drink menu. Boozy Bottom anyone? How about a Citron My Face?

Omaha is quickly becoming one of the hippest cities in the U.S., and a big part of that is the city’s colorful LGBTQ scene. The city doesn’t have a “gayborhood,” per se, but rather its robust gay community is well woven into its tapestry, the most worthy part of which for travelers is festive Flixx Lounge. With weekend performances featuring both drag queens and drag kings in an eclectic range of comedic, dramatic and even burlesque-themed shows, Flixx will shatter the stereotype you probably have of gay life in Nebraska. No, not the boho-chic Village of NYC fame, but rather a city block that sits in Louisville’s Smoketown neighborhood and formerly home to the legendary queer nightclub and entertainment complex The Connection. Now gone, its out owners have kept the block queer by opening Vapor, a men’s spa and bathhouse; Vu Guesthouse, an adult-oriented luxury boutique hotel; and The Eatery, its onsite diner. Although LGBTQ nightlife in Derby City has since moved to Bardstown Road, while catching 40 winks at Vu or making new friends at Vapor, consider the three decades of gay nightlife that happened on this very block.

Mikey Rox is an award-winning journalist and LGBT lifestyle expert whose work has been published in more than 100 outlets across the world. He spends his time writing from the beach with his dog Jaxon. Connect with Mikey on Instagram @mikeyrox. 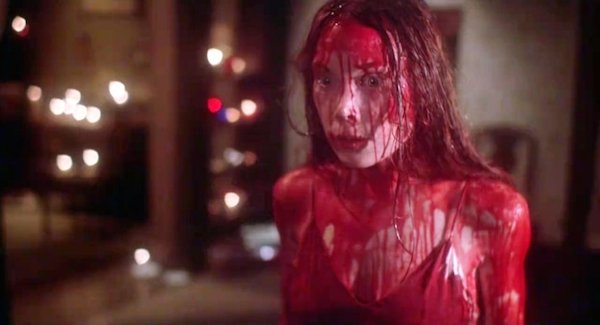 Frivolist: 10 Halloween marathons for you and your boo

Cheers to summer 2015: Party-startin’ drink recipes to sip in the sun

6 Signs Your Open Relationship Is Hurtling Toward Disaster

7 acts of self-care you should already be doing