Luca Guadagnino, the gay Italian filmmaker who caused a splash with Call Me By Your Name and then the Suspiria remake, is developing a new series for HBO/Sky called We Are Who We Are, to star Chloe Sevigny. It’s a coming-of-age story about two American teenagers living on a military base in Italy. They experience all the typical teenage firsts there, as outsiders in their own little cultural pocket of another country.

Sevigny – who we assume plays one of the parents – will be joined by Alice Braga (City of God) and a host of young newcomers like Ben Taylor and Francesca Scorsese (daughter of Martin), as well as pop star Jordan Kristin Seamon and rapper Kid Cudi. It shoots later this month in Italy and we’ll probably get to see it pop up on HBO sometime in early 2020. It’ll be a nice way to enjoy this director’s work while we wait patiently for the Call Me By Your Name sequel. Because we are waiting. And waiting.

Tessa Thompson will find her queen in Thor: Love and Thunder

This entire bit of news is a spoiler, we guess. But it’s the good kind. The Marvel Cinematic Universe will finally get an LGBTQ superhero. Valkyrie, played by out star Tessa Thompson, a character we’ve all been hoping would be fleshed out as fully queer, will be getting herself a queen in one of the story lines of the upcoming Thor: Love and Thunder. We’ve been waiting for this to happen and, while we appreciated the blip of queerness that took place in the grief support group scene of Avengers: Endgame, we’re glad nobody stole Valkyrie’s spotlight until now.

The best part of this is that the big news for this film was supposed to be that Natalie Portman will return as a female version of Thor, but the moment we heard about bi-Val, we forgot everything else. Anyway, Thor: Love and Thunder, directed by Thor: Ragnarok’s Taika Waititi – whose injection of absurdist comedy into the MCU has been a breath of fresh air – will hit theaters in November 2021. This means you have a minute to get your cosplay together.

As Pose devotees, we have always been about Candy Abundance Ferocity, played by the dangerously cool Angelica Ross. While everyone else was hugging each other and being supportive and building house families, Candy was scratching and clawing to keep herself in business, demanding to be treated with respect and getting very little of it in return. Then Candy died, and we cried and sang along to the lip-sync number she performed at her own funeral (it’s complicated, you just have to watch the show). But Ross built Candy on a Ryan Murphy show, and now that she’s a free agent, her next step is – that’s right – to another Ryan Murphy show. Ross will co-star on the upcoming American Horror Story: 1984, about which little is known outside of a teaser trailer that resembles an ’80s slasher film. But we do know it also features Emma Roberts and Gus Kenworthy, that it premieres on FX September 18, and that wherever Ross leads, we will follow. And we hope she gets to play the murderer because those are the best parts.

Trixie Mattel: Moving Parts is moving closer to you

It’s a safe bet that you like Trixie Mattel. If you don’t, then it’s almost certainly because you haven’t yet been properly introduced. She’s charming, talented, funny, musically gifted, and has taken her RuPaul’s Drag Race momentum and started a marathon career. From web series UNHhhh to The Trixie and Katya Show on Viceland to releasing albums and selling out venues across the country that are much larger than gay bars, she’s on a roll. And now there’s a documentary about the rising star called Trixie Mattel: Moving Parts. The feature-length exploration of exactly how much work goes into a career in giant wigs, directed by Nicholas Zeig-Owens, also boasts a cast of Drag Race alums like Katya, Willem, Peppermint, Bob The Drag Queen, and Ru himself, veterans of the grind who know that stardom isn’t guaranteed. Currently the documentary is hitting queer film fests, but it’s likely you’ll be seeing this one get a theatrical release, and it’s a lock that you’ll be able to stream it sooner rather than later. 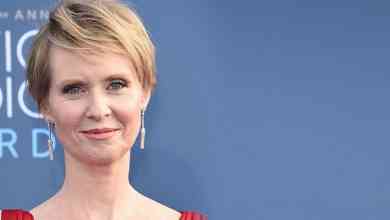 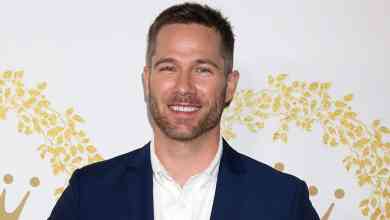 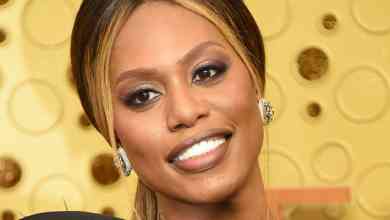