The out word player wasn’t serious about pursuing songwriting but then, three albums later, it ‘obviously struck a chord’

Ask genre criss-crosser K. Flay about all the music she grew up with, what the soundtrack of her youth is, which CDs she rushed to the store for just as they hit the shelves, and she, a two-time Grammy-nominated artist, will shock you: “I didn’t really care about music growing up.”

For kid K. Flay, who was born Kristine Meredith Flaherty and grew up in Illinois, there were no emotional ties to music – certainly not in the way teenagers eat up her pop-rock-rap style and relate to musical themes like unconditional self-love and newfound queer romance, which are scattered throughout her punchy, motivational and moving third studio album, Solutions.

Here, the 34-year-old artist talks about her career starting off as a joke, how she got outside her comfort zone for Solutions and navigating queerness in her music.

In June, you performed alongside Kesha, Tegan and Sara, and Imagine Dragons frontman and festival creator Dan Reynolds at the LoveLoud Festival, a fundraiser for LGBTQ charities. For you, what was the highlight?
Honestly, the highlight for me was: intellectually, I know what that festival’s about from knowing Dan since its inception, and also just kind of following it over the years, but often, no matter what the circumstance, when you’re playing shows you forget that you’re a part of something that’s bigger, you know?

Dan gave this kind of pep talk to all the artists who were performing beforehand and just reminded people that, “Hey, this is an event where, for a lot of folks, it’s the first time they’re interacting with people who openly identify LGBTQ. This is like the first Pride-ish event for a lot of people.” You take so much of that for granted as a performer and as a traveling person, and it was an important reminder. It re-framed the whole day for me. I think if there was a highlight it was just kind of, in a weird way, that re-framing moment of realizing that you’re part of a day that can really change people’s lives in this quite profound manner.

Having recently spoken openly about your sexuality to GQ with your girlfriend Miya Folick, did LoveLoud resonate differently? Did you get a different kind of response from the queer community?
I think there’s always been a large contingent of people who listen to my music and come to the shows and engage online who are queer, so it hasn’t felt like a sea change. I always tried to create an environment that felt very open and welcome to everybody, so I haven’t; but we haven’t played a ton of shows yet, so maybe I’m still at the frontier of that. I might have a better answer in like four months. (Laughs)

You spoke with your record label to make sure they didn’t exploit your queerness to sell this record. Why was it necessary to have that discussion with your label?
Certainly I did not want to capitalize on this identity and this community that in a lot of ways I’m kind of new to and still sort of figuring out my place and role there. The idea that I’d sort of be co-opting something or using something to my advantage just felt totally disingenuous and bad and not what I was trying to do in any way, or what my goal is. But I think the other side of the coin and story is that this record was made pretty much a week after she and I met. (Laughs)

So… it’s pretty queer?
Yeah (laughs). The process of writing this thing, in many ways, was informed by the process of not only falling in love with somebody, but I think really being outside of my comfort zone. That’s very fruitful territory for any creative enterprise, and the best work always comes from being outside of your comfort zone, but for me that comfort zone we’re talking about is a very specific kind of cultural, political and sexual place.

I do think it’s relevant to discuss, and also we talked a little bit about that. Miya and I have talked about this at great lengths: that we do think it’s important and useful for all stories to be a part of the narrative because the great privilege of a straight, white man in the United States, or in the equivalent wherever, is the privilege of nuance. That a straight, white man can do anything and be anything and act any way and have a rich, complex inner life (laughs). And I think the idea that other people’s narratives have to fit into categories is a disservice to everybody. I just feel it’s very important to be a part of the nuance conversation, and I think it’s useful and it’s important, and I just wanted to make sure to do that in a way that was honest and authentic. Like, it’s not about selling a record; it’s just that it was created in this context and I feel it’s important for me to talk about that.

The album’s sound is more optimistic and lighthearted than your past work. Is that because of your relationship with Miya?
Yeah, I think being in love, in general, you have to be kind of optimistic to do that. (Laughs)

The odds of it working are greater if you are optimistic. If you aren’t, it probably won’t work.
Right, exactly! To successfully fall in love you need to be optimistic. But I think there was an optimism and a hopefulness that was emanating. I think the other component of that is that I’d gotten off the road; I was out for about two-and-a-half, three years touring, and I kind of lost the plot a little bit. I think I was sort of burning the candle at both ends, and I got off the road and just felt like I was out in the middle of the ocean pretty un-tethered and kind of fundamentally not grounded. I just felt like I was at a point in my life where I needed some answers, in a pretty basic way. For me, those kinds of solutions were really returning to the basic things I know about: how to live, how to treat myself well, how to hopefully treat other people well and how to be creative and productive. It’s hard to parse it all out because it’s all connected, but in a broader sense I felt like I had creatively, and through experiment, explored problems and I wanted to move toward solutions. (Laughs)

You actually got a late start to music. In fact, you studied psychology and sociology at Stanford University before pursuing music. Were you a musical kid at all?
My dad was kind of a hobbyist guitar player and so my dad taught me how to play guitar – pretty basic guitar, maybe in fifth grade, something like that. I think in large part he just wanted a rhythm guitar player while he sort of drunkenly noodled (laughs), so I kind of learned some of the basics. Definitely my dad listened to a ton of music, so there was music in the house, but my parents are all pretty … I have two dads. One was a lawyer, one’s a doctor, and my mom is a lawyer. Everyone has these straight-laced professional jobs, so it wasn’t a super arty house but there was music in the air, you could say.

What artists did you latch onto growing up?
I had no real emotional connection to music as a teenager, which is sort of interesting to me in retrospect. But the music I really started connecting with was in college. It was from the tail-end of my freshman year when I started listening to a lot of West Coast indie-rap; the Bay Area has a pretty vibrant scene for that. What I really loved about it, and this is sort of my entry point to really loving music, was wordplay. I mean, that’s the most fun and exciting part of hip-hop: just that it’s one giant crossword puzzle. Besides the content of what you’re saying, that just felt so exciting and energizing to me. I think it’s a very confessional genre in many ways, so that was what I started listening to. Then I started listening to music and started making music, and just discovering all sorts of different things, and then getting into more alt-indie rock, a lot of female driven stuff.

During college, a friend suggested you make a song and then you made a song. What was the first song you wrote?
It was just a joke song, a parody of a song. I was at the time, again, very, very into indie-rap, and on the radio it was like the Ying Yang Twins and I was just on my high horse about why they don’t play this on the radio. It was sort of made in the spirit of that, which I think is a good spirit. I think when you see the world is some way and you would like it to be different, I think that’s often a good starting point. But it really just started out as a joke, just for fun. But I think there was something about the process that obviously struck a chord.

While on tour a few years ago, you brought along a blank notebook and had fans write entries about their experiences getting their heart broken or breaking someone else’s heart. Fittingly, you titled it the “Crush Me” book. For this current tour, can we expect anything along those lines?
I don’t want to really just rehash that exact thing, but I do think – and this is something I just really believe, and then when I go out on the road that belief is confirmed – live shows still, especially in this moment, remain very unique spaces for people to just be themselves. I know people bring their phones to shows and that’s a part of this thing, but if you want to, it’s a real space to get away from that. It used to be movies were like that but nobody even sees movies anymore (laughs). But it feels like this moment for a real exchange, so I definitely want to reinforce that feeling because I do think it’s special and it’s worth celebrating. So TBD. But that’s the spirit undergirding that enterprise, and I’d certainly like for it to live on. 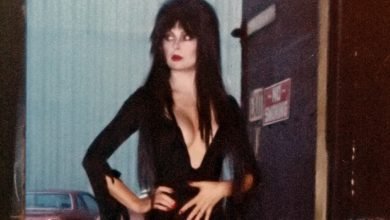 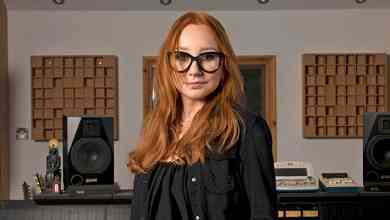 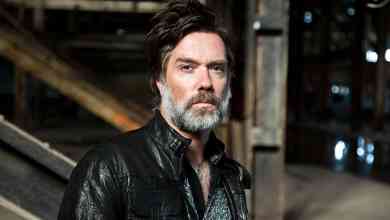