The news is a shit show. Trump is doing his best to prove that most white people in this country won’t recognize racism unless it’s wearing a white hood, saying the N-word and burning a cross on the lawn of a black family. Without that precise combination, well, who can really say what’s racist?

And then there’s the report that yet another black transgender woman has been murdered, this time in South Carolina, and news of the latest mass shooting in Gilroy, California.

It’s enough to make anyone sick. But in order to triple down on terrible news, I headed to World Net Daily, the repository for right-wing, pro-Trump, faux-Christian, conspiracy-driven content.

Lo and behold, I came across Mychal Massie’s “Sexual misfits and the Democratic clowns,” which sounds like a bill that would’ve played at CBGB back in the day but is actually a column about how LGBTQ people are bad and the Democrats are bad for not hating them.

Massie, whose conservative Racial Policy Center “advocates for a colorblind society” (because, sure, ignoring racism is def going to make everything better), writes that Democrats “are manufacturing so-called transgendered people like polyester leisure suits were manufactured.”

Okay, first of all, it’s “transgender,” thank you very much.

Secondly, according to a website called MadeHow, “Polyester is a synthetic fiber derived from coal, air, water and petroleum.”

This is not how people are made. But that doesn’t matter to Massie. He finishes his amazing analogy thusly: “In the near future, these poor misled souls of delusion will suffer the same regret as those who purchased those leisure suits.”

In other words, according to Massie, transgender people will soon be widely available for sale at local Salvation Army stores because they’re going to go out of fashion. I think? It’s a dumb analogy, as it is comparing an article of clothing to actual human beings as if both were equally silly and disposable.

Did I mention that yet another black trans woman was murdered? Because that’s what happens in a society that sees trans lives as valueless.

Then he launches into a screed against Megan Rapinoe.

“She plays women’s soccer, but she’s first known as a lesbian,” Massie writes.

I actually learned about Rapinoe as a soccer player before I learned that she was a lesbian (though, admittedly, that didn’t take long).

Massie writes, “Why would anyone want to be known by his or her sexual fantasies? To me that screams insecurity.”

I, too, hear insecurity screaming, but it’s not coming from Rapinoe. It’s coming from a guy who doesn’t understand the difference between “fantasy” and “orientation” and is devoting a big chunk of his column to how awful he thinks Rapinoe is for living her best life.

“Just what does Rapinoe’s being a lesbian enable her to do better in a team sport other than cause clubhouse disturbances and a toxic clubhouse environment because of the bad attitude associated with her kind?”

He offers this claim of “toxic environment” without offering any evidence other than what he himself associates with “her kind.” He seems to be arguing that since Rapinoe’s sexual orientation doesn’t directly make her playing better or worse she should stay closeted because he “will never approve.”

“The truth is that they are not happy, and no matter how hard they try, they will never be fulfilled because their lifestyles are not normal,” he writes. “They are not what God ordained for man and woman.”

And Massie would know, drawing as he is from (checks notes) his own prejudice and assumptions, not to mention a religion that somehow, as if by magic, supports said prejudices and assumptions.

“This is the godless and immoral behavior being pushed by every single one of the Democrat presidential candidates,” he writes referring to the pro-LGBTQ rights positions held by the Democrats in the running.

And he’s right. Dems are pushing LGBTQ equality. That is, when they’re not manufacturing leisure suits. Elizabeth Warren has a rainbow pantsuit for sale in her merch store. Not to be outdone, Joe Biden has a white Elvis-style suit for sale with rainbow rhinestones that spell J-O-E down the pant leg and across the jacket shoulders. Bernie Sanders also has a polyester suit, but it’s not for sale because it’s just the one he wears.

“I ask you to look at your children and family,” Massie concluded. “Is that what you really want for them?”

Well, yes and no. Do I want my son and my family to live in a world where LGBTQ people are affording equal rights and protections? Yes. But I also hope that they can live in this world while enjoying the feel of breathable fabrics. They deserve that much. 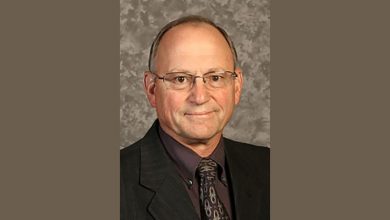 Creep of the Week: Mat Staver 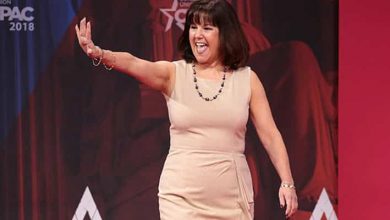