Don Grundmann is not having the best month. He is very much not at all racist, and yet the people of Modesto, California, have the nerve to think otherwise. They even laughed at him! Humiliated him in public! It’s an outrage.

Grundmann, a California chiropractor who is running for Senate and who really hates the gays, is trying his best to put on a straight Pride parade in Modesto on Aug. 24. For some weird reason, a bunch of people are like, “Nope,” and are accusing him of being anti-LGBTQ and even racist!

The flyer for the event invites people to the “Straight Pride Parade/Event” put on by the National Straight Pride Coalition. It reads in part, “Join us to celebrate Masculinity, Femininity, Babies Born and Unborn, Western Civilization, Our Wonderful Country, Christianity. Celebrate life!”

Hmm. Now whatever could lead people to think that such an event would be racist? I mean, maybe the Western Civilization part since that’s a favorite of White Nationalists/White Supremacists/Racists.

Then there’s Grundmann’s campaign website that’s called Fight the Power and includes the image of a white fist.

It could also be the fact that Grundmann yells, “We’re a totally peaceful racist group!” into a microphone at a Modesto City Council meeting.

This caused members of the audience and members of the City Council to lose their collective shit. A woman in the audience can be seen and heard in the video laughing and saying, “He said it!” while pointing at Grundmann. Laughing and pointing! What are we, in first grade? Just because a racist who wants to put on a hate parade accidentally tells the truth on himself?

After his “mistake,” Grundmann turned around to address the crowd, thereby turning away from the microphone, which makes it harder to hear what he is saying. But he goes on to say something about “all races and colors” and that he started the White Against Racism Alliance.

Then he says that the biggest hate group against blacks is Planned Parenthood, calling it “the greatest mass murderer of blacks in this nation’s history.”

This is a point he makes on his website as well. In fact, on a page called “Issues” wherein he provides “a quick list of my stands on the many issues which our nation is facing,” under “racism” it literally just says, “Ban all funding to Planned Parenthood.”

On his homepage is an image of a drag queen reading a book to children with the words “They are attacking the children” and “stop the mutilation of children.”

And then there’s what appears to be a photograph of four black men who have been lynched, ropes still around their necks and a white man standing in the background, with the words, “From a White Guy to Black Americans: You are CHUMPS.” This links to a very long and very insane and very condescending and totally fucking racist screed by this totally fucking racist person.

Anyway, Grundmann is basically shouted down at this point at the meeting and told his time is up. Which is much kinder treatment than he deserved.

Also speaking at the city council meeting was Matthew Mason, the gay son of Mylinda Mason, one of the Straight Pride event’s other organizers.

Matthew, identified by CBS Sacramento as an “LGBTQ advocate,” told the news station, “Everybody in the community has really been speaking out and taken a stance against this really harmful rhetoric that Don Grundmann is trying to bring to our community.”

Adding insult to injury, the permit for the straight Pride parade was denied by the city for insurance reasons. Grundmann claims it’s still going to go on, but as of right now it’s in limbo.

In any case, I really don’t see the point as there already is a straight pride event. It’s called The Bachelor and I hear it is very popular.

Also, in case it wasn’t already clear, Don Grundmann is a racist. An awful, awful person. Totally in groove with today’s Republican Party. I’m sure he’ll be named to Trump’s cabinet any day now.

In the meantime, let’s bring around a cloud to rain on his parade. 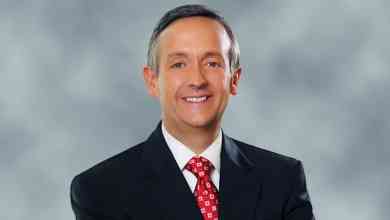 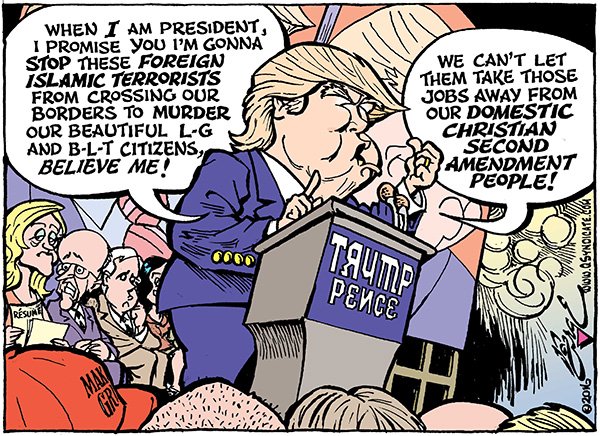 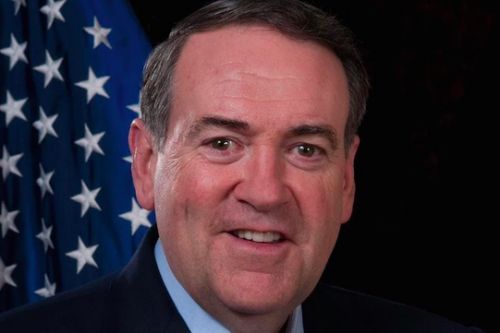