How super can a villain be if he stays in the closet and just “acts gay”? Find out in an upcoming Warner Brothers film based on DC’s Birds of Prey characters. That character is “Black Mask” who will be portrayed by Ewan McGregor. Rotten Tomatoes reports the sexual tension between him and fellow villain, Victor Zsasz, will “be palpable, and the way he acts, in general, makes it pretty clear that he’s gay.”

Republican Sen. Cory Gardner of Colorado, who bills himself as a “pro-LGBTQ Republican” despite opposing marriage equality, voting against payments to gay and lesbian partners of Social Security recipients and veterans, and is a 12 of 100 on the HRC’s Congressional Scorecard, is being opposed by Dan Baer, an openly gay Democrat and former ambassador. Baer received the endorsement of the LGBTQ Victory Fund, pulled in a Buttigieg-like $1.35 million recently, the largest ever initial fundraising total for an openly LGBTQ congressional candidate. If elected, Baer would become the first modern openly gay man in the U.S. Senate since Sen. Rufus King, aka Aunt Fancy, who was reputedly former president James Buchanan’s squeeze.

No Pulse activity, made it up

What was Elizabeth McCarthy thinking? She’s an out candidate for the Florida legislature and claimed to be a doctor who treated Pulse Nightclub shooting victims at a hospital ER. Good story, but she made the whole thing up. Turns out she’s not an MD. “It is a false statement. I just made it up,” McCarthy said, according to an affidavit to the Florida Department of Health. She was, really, the legislative director for the Florida LGBTA Democratic Caucus.

Baltimore native and filmmaker, John Waters defended the city of his birth after tweets and comments about the city’s congressman, Rep. Elijah Cummings (D-MD). The icon said to the tweeter-in-chief, “Give me the rats and roaches of Baltimore any day over the lies and racism of your Washington.” Waters said on TV, “I lived in that neighborhood for 17 years. I made Hairspray when I lived there. And rats and roaches, you know, Baltimore, we work with what we got and we make it better.”

Director Oliver Stone had to be high during an interview with Russian President Vladimir Putin in which Stone complained about gender identities and said that Russia’s ban on gay propaganda was a “sensible law.” He also agreed with Putin’s assertion, “They live too well. They have nothing to think about.” Stone’s response, “Yeah, but it’s not a healthy culture.” He took to Facebook to explain the interview and his comments, claiming that neither he nor Putin is homophobic. He used his movie Alexander as his homophile bona fides. The late movie critic, Roger Ebert, considered the movie confusing, saying Alexander’s sexuality was, “made murky by the film’s shyness about gay sex and its ambiguity about his relationship with a female bride.” The same critique has been made about the film’s star, Brad Pitt.

A Republican Congressman representing conservative House District 5 in Virginia was threatened with censure by the local party for officiating a same-sex wedding. The toothless censure got only four votes out of dozens of members attending a hastily called leadership meeting. The congressman told the Washington Post, “My real belief is that government shouldn’t be involved in marriage at all, but if it is, everybody has to be treated equally before the law.”

Looks like you won’t have to worry about the ChiComs fishing your Grindr profile for much longer. Grindr’s Chinese owners said it would revive plans for an initial public offering since a U.S. national security panel dropped its opposition to the plan. It was thought CFIUS opposed the sale because it meant the company would have to house its data in China and would be left open to cyber-pilfering by the Chinese government. The company said it will pursue either an IPO or a sale, and cease to be a Chinese company. Grindr says users should not see any change in the company’s operations during the sale/IPO or after.

Canadian Prime Minister Justin Trudeau started Pride week in Vancouver, BC by popping into popular, crowded gay bar, Fountainhead Pub, for a beer and to shake hands. He mingled and posed for selfies with the happy-hour crowd. He is reputed to be the first Canadian PM to patronize a gay bar, though his father Pierre was a well-known pub crawler, haunting discos in NYC while visiting the UN as then Canadian PM, in the 1960s and 70s.

The Advocate published a “Dear Mayor Pete” letter to Pete Buttigieg beseeching him to be a little gayer. Banging on about the Stonewall uprising 50 years ago, Carson Jones (son of Alabama Senator Doug Jones and an out gay person), wants Mayor Pete to do more than introduce and embrace his husband at campaign events, speak to the Victory fund about the travails of “coming” out, and discussing on national TV his struggle being gay in the uber macho US Army. Jones said Mayor Pete let him and “the community down” in the debates by answering the questions in a rational, calm, funny and some would say eloquent manner. Jones wants the mayor to “fight” identity politics by emphasizing his identity as a gay man.

A Tunisian attorney and founder of a gay advocacy group has announced his candidacy for the presidency of that Islam dominated country. Mounir Baatour practices in the country’s highest court and is a leader of a fringe political party. In a tradition apparently based on Mormonism, it is legal to be a homo in Tunisia, but participation in homosexual sex is grounds for imprisonment. Baatour has served 20 years in jail for sodomy. His presidential bid is a long shot as only seven percent of Tunisians approve homosexuality (the lowest approval in all of North Africa’s Islamic countries) and he is opposed by other Tunisian gay groups because Sham, the gay advocacy group he founded, is aggressive in “outing.”

Did Lemon pull a Spacey?

Is CNN’s Don Lemon in Kevin Spacey’s league? The short answer is no — he is not accused of groping someone else, but a Hampton’s bartender is accusing the cable opinion host of groping himself in front of the off-shift bartender and asking about the bartender’s preference for genitalia. The bartender is suing for “emotional pain and suffering,” alleging he offered to buy Lemon a drink called a lemon drop, which prompted Mr. Lemon to lewd behavior. The avowedly non-homo bartender says he was humiliated and left the bar. CNN rejected the bartender’s claims, alleging that he had a history of hating the network, which the plaintiff denies. On another note, the Cape Cod groping case against Spacey was vacated when the victim refused to provide evidence or appear in court.

In a counterpoint to the celebration of 50 years after the NYPD caused a riot by harassing gay men, the US National Park Service has started running stings in Washington DC’s Meridian Hill Park. Officers pose as willing consensual sex partners then bust men who take them up on their entrapment. Twenty-six men have been arrested. A defense attorney for some of the men decry the police tactics and suggests a racial aspect as the park is called Malcom X park by locals and attracts African-American park goers. The Park Service said it is responding to complaints of “lewd public activity” and sent in the decoys to “stop, and/or arrest violators within the parks.” 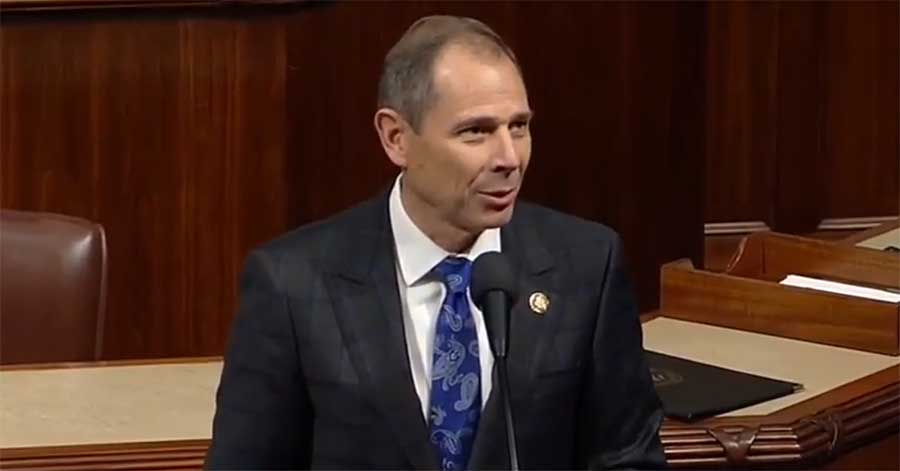