Do you know what to do to remedy a bee sting? Mud… or Kahlua… or “Every Breath You Take”. Any hum, the 17-time Grammy winner, Sting, joins the illustrious Utah Symphony on August 31. As a member part of The Police (the good ones, anyway), and then going solo, Sting has sold over 100 million records during his career.

Not to sell this too quickly, but I’m excited for winter. Hence, the beautiful Bon Iver is on my side coming to Utah this September. On July 11, 2019, this wish-washy, problematic, hobbled-horse (albeit really cool) band announced that their forthcoming album, I, I (stylized as i,i), would be released on August 30, 2019. So here’s your chance to hear, at least some of it first, before the snow falls. Earlier, on July 31, 2019, the band released a documentary short called Bon Iver: Autumn, featuring Vernon and band mates discussing the i,i album and Autumn tour, for your perusal.

Generational music icon, Morrissey, takes to the Utah stage this September. If you’re over 40 and relate to “the low of high school,” or are under the age 60 and appreciate hypersensitive, yet brilliant artists, then you’ll enjoy this unique concert presence promoting his highly anticipated covers album, California Son, with special guest Interpol.

Once a year, six Utah performance arts companies co-produce a lively, one-night-only showing of all-new short works: some created that day, some rehearsed a few days in advance, all being shared with their first (and maybe only) audience — you! Once they arrived at a theme and title for this year’s installment — #TRENDING — total freedom of interpretation was offered to the playwrights and choreographers. The companies partaking in Rose Exposed on Saturday, August 24: Gina Bachauer, Plan-B, PYGmalion, Repertory Dance, Ririe-Woodbury, and SB Dance.

And once a year, albeit early this year, Odyssey Dance Company thrills yous you with Halloween terror and humor, and just a great entertaining night of Halloween pranks, ghouls, goblins, and possibly chainsaws. Anyhoo, Thriller returns, beginning this September at Egyptian Theatre in Park City. And will also be showcased at Peery’s Egyptian Theatre in Ogden, the Ellen Eccles Theatre in Logan, and beginning in October, at the Covey Center for the Arts in Provo and Kingsbury Hall at the University of Utah.

Well, “The Riot Continues” near snow-capped mountains during the Provo Pride Festival, because Provo’s community of queer folks and allies faces enormous challenges, but it is their home and they’re not going anywhere. Instead, they are there, immovable as the mountains that surround them. They will not back down — the only way forward is toward the mountaintop.

For the first time in its 5-year history, Logan Pride Festival will include a Pride Ride event staged at Aggie Blue Bikes located between the Fieldhouse and Military Science building on USU’s main campus. This “alleycat bicycle race” is open to anyone who can ride a bike approximately 10 miles. An alleycat is like a scavenger hunt on a bike. Choose your own route, hit the stops you want, try for bonus points, compete in challenges, and find some hidden gems in Logan. Riders will pick up swag on the way, and the winners will get prizes. You can compete individually and as teams.​ The race will begin at Aggie Blue Bikes at 5 p.m. Manifests will be handed out at 4:40 p.m. The cost to enter is $20. They will have a Best Dressed category. So whip out the rainbows, glitter, and anything that helps you show PRIDE!​

The festival itself will be held in Willow Park, with vendors, exhibitors, and live music including Mama Long Legs, Curtis Wardle, Big Sis, Panthermilk, and more.

The Killer Queens was started in 2012 by lead singer Nina Noir. They bring the magic of Queen to audiences across the nation. They love to share the stage with so many talented women, not only in the band, but on stage as well. Some of the incredibly talented women include Tia Carrera, Ilana Glazer, Abbi Jacobson, Tig Notaro, Janet Varney, and more.

Rhea Butcher grew up in Akron, Ohio, as a skateboarder and fine artist. She then cut her teeth comically in Chicago before starting her career in standup. Bringing a lady’s James Dean style cool and highly personal jokes, Rhea has performed at dozens of clubs in Chicago and now comes to our lovely haven. Rhea was part of the first Chicago Women’s Funny Festival and the OutLoud Chicago Queer Comedy contest winner of 2012.

The stoic man-meat on the cover of QSaltLake Magazine‘s August issue, Justin Utley, is holding a album release party this month. Scars is his new album — an intimate storytelling of his hardships growing up Mormon and the effects of the so-called conversion therapy. For me, I don’t get the practice; I mean if it didn’t work on Dayne who happens to love grabbing my bum-bum in every corner of the bar, well Hell! But, then again, I get a kick out of his e-cigarette, so we’re good. 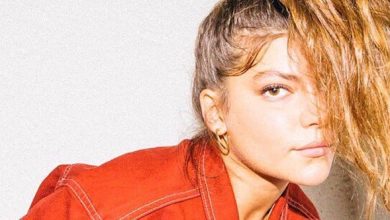 Tributes to MJ and the Manson family