Follow four girls, with voices as big as their hair and personalities as kooky as their crinoline skirts, from prom night to their 10-year reunion. Learn about their lives and loves as they serenade classic hits including “Lollipop,” “Dream Lover,” “Stupid Cupid” and “Lipstick on Your Collar.” Featuring over 30 classic 1950s and ’60s hits, you’ll smile ear-to-ear with this musical trip down memory lane.

Using the lens of visual language, Amy Bennion’s “I, Your Glass”, investigates trauma’s core, naming and placing it in search for the sublime kinship between all people. With this body of work, Bennion is exploring how trauma can connect a person to the multifarious archetypes that live within the Self. In these portraits of her siblings, Bennion investigates the connection that they have to the collective unconscious through a close look at how universal myths play out within each of their individual psyches through their shared similar traumas related to mental illness, divorce, and fear of death from physical illness. For each portrait, her siblings collaborated generously with her – through long walks, emails, and the sharing of notes and sketches – in order to discover a deeply specific trait or experience that they each share.

In “Untold Aftermath”, Elizabeth Matthews explores concepts that frequently occur in cases of domestic violence: scapegoating, silencing, gaslighting, coercion, and financial abuse. Modeled after Matthews’ personal dining room chairs – objects often associated around a table where families share food and conversation – these chairs now find themselves in both familiar and foreign settings experiencing chaos, a state of isolation, or the exercise of power dynamics. The issues are personal, familial, and societal.

Two sisters and a dog live out their lives on the bleak English moors, dreaming of love and power. The arrival of a hapless governess and a moor-hen set all three on a strange and dangerous path. The Moors is a dark comedy about love, desperation, and visibility.

Randy Rainbow (yes, real name) is a comedian, actor, writer, host and Internet sensation best known for his viral comedy videos. His popular series of political spoofs and song parodies have garnered international acclaim and over a hundred million views. Randy has also written for comedian Kathy Griffin and hosted and performed in numerous theatrical events for the Broadway, cabaret and gay communities, as well as for the Tony Awards and some of New York City’s most popular night spots.

Utah Symphony celebrates the 40th anniversary of the opening of Abravanel Hall with Beethoven’s overture The Consecration of the House. Re-visit every planet in our solar system with Holst’s beloved tour guide, The Planets. Expand into new corners of the universe with contrasting cosmic sounds by Haydn, Messiaen, and Saariaho. And re-live the drama and anticipation of the greatest space story ever told with the main title of John Williams’ Star Wars.

Diana Krall is the only jazz singer with “A voice at once cool and sultry, wielded with a rhythmic sophistication.” Krall’s unique artistry transcends any single musical style and has made her one of the most recognizable artists of our time.

The award-winning musical follows the life of the legendary James Cagney from the streets of New York to his rise as one of the brightest stars of Hollywood, from a vaudeville song-and-dance man to the cinema’s original tough guy. The multi-talented cast includes Robert Creighton who originated the role in New York that earned him the 2016 Astaire Award.

This concert includes two vastly different dances by two dynamic choreographers. The return of Elizabeth, the dance by Ann Carlson and a world premiere by Company Artistic Director Daniel Charon.

Aerial Arts of Utah returns with their eighth annual Flight of Fancy performance. This soaring mystical world will feature high-flying acts of beauty and strength on aerial fabrics, trapeze, rope and more. Magic abounds in this fairy tale fantasy world as aerialists push the limits of their apparatus and their bodies, transporting people to places where the confines of physics and reality seem to melt away, and imagination takes flight.

When a newly engaged couple, Brad and Janet, innocently set out to visit an old professor, a thunderstorm and a flat-tire lead them to seek help at the castle of the alien, transvestite scientist, Dr. Frank ‘N’ Furter. As Brad and Janet are swept up into Frank ‘N’ Furter’s latest experiment, the night’s misadventures cause them to question everything they’ve known about themselves, each other, love and lust. This humorous tribute to the classic “B” sci-fi films and horror genre, with an irresistible rock ‘n’ roll score, is a wild ride that no audience will soon forget.

Sweet Transvestite from Transylvania: it’s the cult classic musical, just in time for Halloween. Sweethearts Brad and Janet (Damnit!) stumble upon the mansion of transvestite scientist, Dr. Frank-N-Furter. Their innocence can’t withstand this houseful of wild characters including a rocking biker, creepy butler and the scientist’s newest muscular creation, Rocky. It’s a raucous, laugh-filled evening of great music and fun.

Romance! In-Laws! Disaster! Experience Verdi’s heartbreaking masterpiece, and see the opera for yourself that moved Julia Roberts’ character to tears in Pretty Woman.

Toni Doilney uses a unique combination of American Primitivism and Modern Expressionism to present a fresh, direct interpretation of place. Her intimate connection to the subject matter, whether domestic interiors or dramatic landscapes, is clearly felt by her viewer.

Explore the origins of Balanchine’s choreographic genius in this historic triple bill. Le Chant du Rossignol (The Song of the Nightingale) is a tale of a mysterious songbird that cures an ailing Chinese emperor. What emerges is a parable about nature’s capacity to heal wounds, and the need for humanity to be led by beauty and light. Balanchine’s Apollo is as elegant and restrained as it is dramatic and powerful. His version follows the young god as he is ushered into adulthood by the muses of poetry, mime, and dance. Finally, Prodigal Son‘s story of sin and redemption, taken from the Gospel of Luke, presents a universal message through an expressive score and provocative movement.

An epic poem for the stage, blu traces the explosive after-effects of prison and hunger, desire and war. The play follows a queer Chicana/o family as they try to envision an earth and sky without  police and their helicopters. 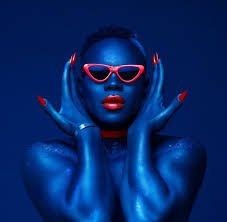 Picture this: A Catholic school in the Bronx, New York, 1964. A time of uncertainty: the assassination of John F. Kennedy, civil upheaval. Sister Aloysius, a ruler-swatting teacher prone to old-school thinking and a fear of progression, suspects an inappropriate relationship between Father Brendan Flynn and Donald Muller, a 12-year-old “negro” student/altar boy.

Arcadian Dreamscapes is a vibrant and compelling collection of work by Utah artists Anna Martin, Brian Hoover, and Brittany Volquardsen. Each of these three talented artists uses their own unique approach to create works which crackle with life, energy, and imagination.

A doctor, a medium and an orderly walk into a mental hospital … A psychological thriller blurring the line between truth and reality. In partnership with The David Ross Fetzer Foundation for Emerging Artists.

The play begins in Utah in 1857 — the year more than 100 California-bound immigrants traveling from Missouri and Arkansas were killed in what became known as the Mountain Meadows Massacre. It follows the 40-year relationship between two girls/women as they each find their place in an intolerant, patriarchal Mormon society and the polygamy it espouses.

AXIS is the nation’s most acclaimed ensemble of disabled and non-disabled performers. The company commissions, creates, and performs artistically stunning contemporary dance, developed through collaboration with high-profile choreographers and cutting-edge, innovative dance makers, including dancers with and without physical disabilities. More than any other company in the United States, AXIS has been at the forefront of the field, building a bridge between contemporary dance, integrated dance, and disability culture.

Live Nation and Kingsbury Hall and Present:
Chelsea Handler: Life Will be the Death of Me
Nov. 22,  kingsburyhall.utah.edu
Kingsbury Hall, UofU

Regarded as one of the most successful figures in entertainment today, Chelsea Handler and her talk shows, best selling books, and stand up comedy have attracted millions of fans worldwide.

A red rider BB gun, a tongue stuck to a frozen pole, a gaudy woman’s leg wearing a fishnet stocking lamp, a boy’s mouth washed out with soap, hillbilly neighbors with 785 smelly hound dogs, and more weirdness – all make for the perfect Christmas story.

The title says it all – and that’s why it was Broadway’s funniest and longest-running play. A hilarious hybrid of Monty Python and Sherlock Holmes, the opening night of The Murder at Haversham Manor is one our audiences won’t forget. With an unconscious leading lady, a corpse that can’t play dead, and actors who trip over everything (including their lines) – it’ll be a riot for this holiday season.

Out of work, our slacker decides to become a Macy’s elf during the holiday crunch. At first the job is simply humiliating, but once the thousands of visitors start pouring through Santa’s workshop, he becomes battle-weary and bitter. Finding consolation in the fact that some of the other elves were television extras on One Life to Live, he grins and bears it, occasionally taking out his frustrations on the children and parents alike.

In 1944, critics were stunned when Christensen staged the first full-length Nutcracker in America. “We can’t understand why a vehicle of such fantastic beauty and originality would not be produced in its entirety in this country until now.” It was produced on a shoestring budget, but captivated a nation. Now, during this momentous year and following a $3-million new production, see the original choreography, just as Mr. C intended it – and only at Ballet West.