I hate to be the bearer of bad news, but Steve King is in trouble. It seems, and I take no delight in saying this, that the Republican Party has forsaken him.

Oh, who am I kidding? I take great delight in pointing out that Steve King, one of the most outspokenly racist and anti-LGBTQ House members, no longer has any friends. Or any friends with deep pockets, anyway.

As many news outlets have reported, King is up for re-election to the U.S. House of Representatives, where he currently represents white people in Iowa, and his campaign is hurting for cash.

The Daily Beast reported, “As he faces the toughest campaign since he was first elected in 2002, he is doing so with a potentially catastrophic lack of resources. The $18,365 that King’s campaign had in the bank at the end of June was the least cash on hand he’s ever reported after the first six months of a cycle.”

In other words, dude is broke. For context, The Daily Beast also reported that another Republican is challenging King in the primary, and that guy has over $300,000. Not to mention the fact that Democrat J.D. Scholten is running against King again, having lost last time by only a few points.

For those who are familiar with King, you know he’s awful. But during this dumpster fire we call the Trump Presidency, it’s easy for even the most terrible Republican to kind of get lost in the background. But no matter how terrible Trump is, King has made a valiant effort to say, “No! I’m worse!”

Take his most recent comments in favor of rape and incest, for example. King is strongly anti-choice and would like all abortion outlawed even in cases of rape and incest. During a speech to a group of conservatives in Des Moines King said, “What if we went back through all the family trees and just pulled out anyone who was a product of rape or incest? Would there be any population of the world left if we did that? … Considering all the wars and all the rapes and pillages that happened throughout all these different nations, I know that I can’t say that I was not a part of a product of that.”

In other words, thank God for rape and incest, otherwise we wouldn’t have so many people on this planet. And, gosh, if King can’t definitively trace his ancestry back far enough to rule out any possibility of rape or incest, well, can’t no woman nowhere decide what to do with her body ever again. Case closed.

Despite years of well documented racism, the GOP largely let King go unchecked. At the beginning of 2019 they finally punished King by taking away his House committee seats after remarks made praising white supremacy. Still, many Republicans are acting shocked that King is such a vile human.

In addition to racism, King also has a long and storied history of being anti-LGBTQ. Since taking office in 2003, King has not been shy on this issue and has been Creep of the Week many times over the years.

A few of his greatest hits: Last year he tried to make flying rainbow flags over U.S. embassies illegal. He “joked” that Supreme Court justices Sonia Sotomayor and Elena Kagan should “elope to Cuba” together (get it? Because they’re liberal justices so they must be lesbo for each other). He’s likened transgender people to castrated slaves. He doesn’t want transgender people to use the bathrooms in the U.S. Capitol building. In 2015 he claimed the Supreme Court’s marriage equality ruling meant that people could marry a lawnmower.

According to Salon, in 2014 King supported an Arizona bill that would essentially give blanket protections for people who want to discriminate against LGBTQ people. He claimed that if LGBTQ people were protected by discrimination that they would then just go looking for lawsuits.

“How do you know who to discriminate against. They have to tell you,” King said according to Salon. “And are they then setting up a case? Is this about bringing a grievance, or is it actually about a service that they’d like to have?”

I can just see it now: two guys trying to decide what to do on their next date. “Want to watch something on Netflix?” asks the first guy. “Nah,” the other guy replies. “Let’s goad the florist down the street into discriminating against us so we can sue him.”

There are a lot of terrible people who hold office in the United States. Often, it can feel like everyone is corrupt, and all of it is pointless so why bother voting because we’re all doomed. But it really is possible to vote for good people. People like J.D. Scholten, for example.

King is proof that there are consequences for being horrible. However, he’s also proof that in order for there to be consequences in the Republican Party, you have to work really, really hard at being the worst. 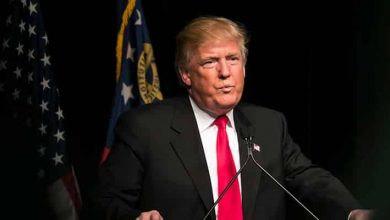 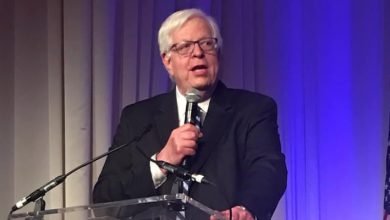 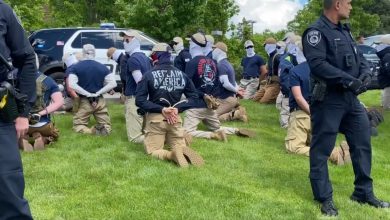